Mordechai Vanunu is a former Israeli nuclear technician who revealed details of Israel's nuclear weapons program to the British press in 1986. He was subsequently lured to Italy by a Mossad spy, where he was drugged and kidnapped by Israeli intelligence operatives. He was transported to Israel and ultimately convicted in a trial that was held behind closed doors.

Vanunu spent 18 years in prison, including more than 11 years in solitary confinement. He served a longer prison sentence – by about 4 years – because he refused to do a deal with the Israeli government. They wanted him to sign an agreement to never speak about his case. When he was released from prison in 2004 – because he had served such a long sentence, and refused to do any deals - he assumed he would be free. Nothing could be further from the truth.

A number of prohibitions were placed upon Vanunu after his release from jail and are still in force, in particular:

Vanunu IS BACK IN PRISON, for 3 months, for having broken these fake conditions of release.

In recordings of the interview made public after Vanunu’s release, he is heard saying "I am neither a traitor nor a spy, I only wanted the world to know what was happening." He also said, "We don't need a Jewish state. There needs to be a Palestinian state. Jews can, and have lived anywhere, so a Jewish State is not necessary."

"Vanunu is a difficult and complex person. He remains stubbornly, admirably uncompromisingly true to his principles, is willing to pay the price", said Ha'aretz newspaper in 2008. (Wikipedia)

"He is the most stubborn, principled, and tough person I have ever met," said his lawyer, Avigdor Feldman.

According to the Israeli newspaper Ha'aretz "Vanunu's harassment by the Israeli government is unprecedented and represents a distortion of every accepted legal norm."

Here is the latest information about him. I found it on Wikipedia.

It is not safe for Vanunu to live in Israel proper, because he is so detested by Israelis, thus he could not safely do his community service there.

Amnesty is running a petition on Vanunu at present. Please have a look, and consider signing. The petition is worded so that you do not need to be a member of Amnesty to sign.

Lift the restrictions on Mordechai Vanunu
Thank you for taking a moment to make a big difference. Every letter and email you send helps to save lives, free prisoners and stop human rights abuses. We know this because we’ve heard it from the best possible source, the people we help.

“When the first 200 letters came the guards gave me back my clothes. Then the next 200 letters came and the prison director came to see me. When the next pile arrived the director got in touch with his superior. The letters kept coming and coming…3,000 of them. The President was informed. The letters still kept arriving and the President called the prison and told them to let me go.” - A released prisoner from the Dominican Republic.

Now why not take the next step? Email your friends, post the link to Facebook or Twitter. Turn your one action into ten, into a hundred.

Stand up for human rights.

Christine, Thanks fro reminded us of that hero, that man who refused to destroy the earth, That man needs our support, and our help. I respect him.

Israel has not confirmed that it has nuclear weapons and officially maintains that it will not be the first country to introduce nuclear weapons into the Middle East. Yet the existence of Israeli nuclear weapons is a "public secret" by now due to the declassification of large numbers of formerly highly classified US government documents which show that the United States by 1975 was convinced that Israel had nuclear weapons.

That makes us think about it, If Israel really want to protect the peace from its Nuclear project, the why Israel has not confirmed that it has nuclear weapons?!! and why to treat Vanunu in that way ?!!

Permalink Reply by Paula on August 1, 2010 at 9:17am
I have just signed the petition, thank you for sharing.

Permalink Reply by Nany on August 1, 2010 at 11:15am
I signed the petition, it's nice when people care about and fight for the rights of others, thanks for doings until we get this information ....
Inhumane restrictions that violate the right to freedom of expression ... together we can reclaim... Permalink Reply by Ray Patel on August 1, 2010 at 7:43pm
Hi I have signed. He is truely a HERO in every sense of the word. May GOD Almighty keep him safe and give him the strength to survive this personal oppression on him by the Cruel Israeli Regime.

Permalink Reply by Béatrice LATEUR LACROIX on August 2, 2010 at 8:27am
I just signed
Thanks for sharing.
I hope Humanity will awake soon ....
Love and Peace for you and all Beings. 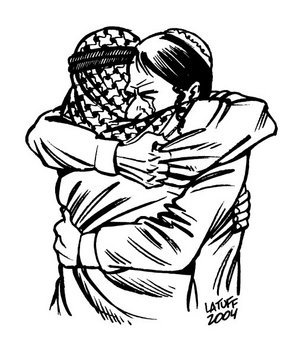 Permalink Reply by Genie on August 2, 2010 at 8:33pm
weird, why would he be detested by Israelis? We don't detest our whistle blowers we call them heros! Israelis are so strange. Well, I read that who's left in Israel are the criminals. The decent minded ones have bugged out. I'm generalizing of course there are exceptions. Plenty of strange Americans who support Israel too.
Anyway, God bless Vanuunu and thanks for post this, Christine!


The whistleblower who revealed details of Israel's nuclear programme in the 1980s is at the centre of another court case. Lawyers for Mordechai Vanunu are demanding he be allowed to live outside of Israel.

Vanunu spent 18 years in jail, including 11 years in solitary confinement.

Even after his release in 2004, his lawyers say he was denied basic freedoms of speech and movement, and was repeatedly arrested for violating prohibitions. This happened despite the fact that the information Vanunu has is either outdated or already widely-known.

Chairman of the Emil Touma Institute for Palestinian & Israeli Studies, and former member of the Knesset, Issam Makhoul labels Israel’s will to persecute Vanunu even after serving his prison term as “a great absurd”.

“This is a policy, which aims to terrorize any Israeli who tries to question or criticize the Israeli nuclear policy. I am sure that Vanunu does not endanger the security of Israel, he endangers the policy of the Israeli establishment on the nuclear issue. That's why they are trying to push him into a corner once and again,” Makhoul told RT. 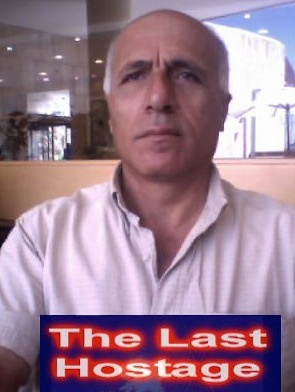