DHARAMSHALA, January 12: An exhibition of 50 drawings as a tribute to the
Tibetan self-immolations by Japanese artist Tomoyo Ihaya opened today in the
exile Tibetan headquarters of Dharamshala. 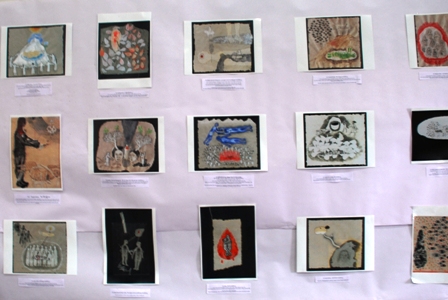 The two-day exhibition titled ‘Blue Lotus’ is being jointly organised by the
regional chapters of the Tibetan youth and women associations at the TCV Day
School in McLeod Ganj.

The artist, Tomoya Ihaya, after studying Fine Arts
in Canada and travelling around the world through international
artist-in-residency programmes has exhibited nationally and internationally.
Known for her seemingly simple imagery, underplaying complex psychological,
political, and spiritual messages, Ihaya has received numerous awards including
project grants from the Canada Council for the Arts.

Making a brief
presentation before the opening of the exhibition, Ihaya said the drawings were
“an immediate emotional response” to the mourning of the exile Tibetans
following the wave of self-immolations in Tibet.

“During my last visit to
Dharamshala in the spring of 2012, I witnessed the Tibetan community in exile
living with painful and repeated news of their people dying in fire in
China-occupied Tibet,” Ihaya said. “I could not help but drawing.”

“The
self-immolations rose relentlessly. As an outsider and as an artist, I felt that
my task was not finished. I came back and ended up making more than 50
drawings.” 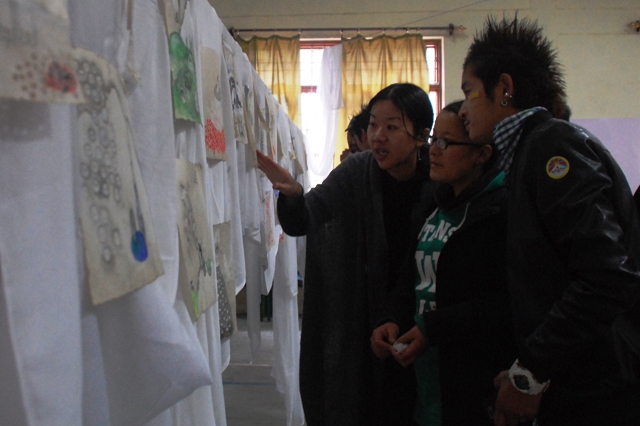 Japanese artist Tomoyo Ihaya explaining her art on the first day of exhibition
in Dharamshala on January 12, 2013. (Phayul photo/Phuntsok Yangchen)

The Japan born artists added that it pained her each time she heard the news of
another self-immolation in Tibet.

“As an artist, I feel personally
connected to the Tibetan self-immolations and I had to do the drawings as an
offering,” she said.

Since 2009, close to a hundred Tibetans have set
themselves on fire protesting China’s occupation and demanding freedom and the
return of the Dalai Lama from exile. Thousands of Tibetans have carried out mass
protests even as Chinese authorities have increased their repressive policies
and tightened the noose around self-immolations.

Speaking to AP, Liu revealed that through his
artwork he wants to bear witness to one of the biggest waves of fiery protests
in recent history, while making a heartfelt plea for the protests to
stop.

"When I'm painting, I'm thinking: 'Enough, enough, don't do this
anymore. Stop,'" Liu told AP. "I also hope that everyone won't look at it in an
ideological or ethnic way, but to pay attention to it from a humanitarian
perspective."

Liu further noted that the Tibetans setting themselves on
fire were “completely” sacrificing themselves for their cause with no intention
of harming others.

“These people are not attacking other people, they are
completely sacrificing themselves," the artist said.