The Ultimate State of Knowledge 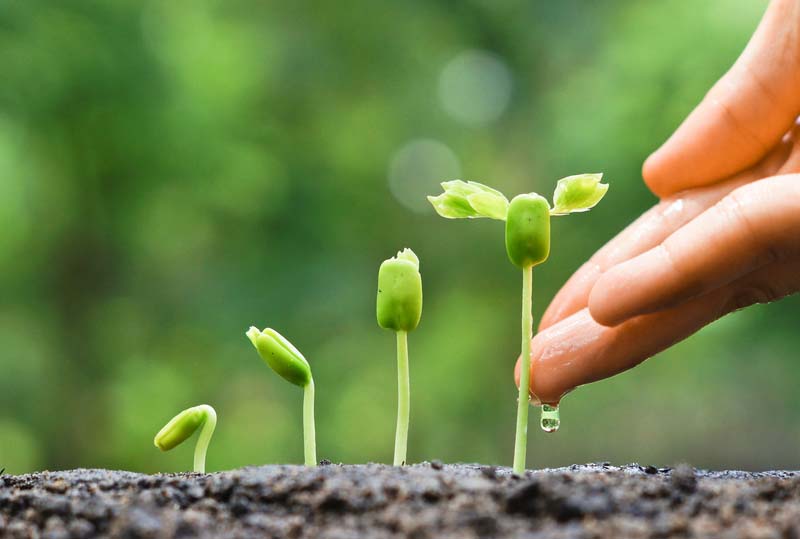 "The Light of growth exists in all the earth."

It says, and the Ramchal quotes this as well, that the ultimate state of knowledge is coming to the understanding that we really do not know anything, that no matter what we have learned so far, no matter what we understand so far, it is really nothing compared to the ultimate understanding. And the only way our spiritual work actually reveals Light is if with all the work that we do there is therefore a lessening of ourselves.

So, the Arvei Nachal uses an example from the Maggid of Mezeritch, who explains how vegetation grows. The Light of growth exists in all the earth; however, there has to be a lessening of that Light in order for it to become manifest in vegetation. All of that Light has to be brought together into one point, and then a tree can come. We think that a tree grows when we take a seed and put it in the ground, but the Maggid of Mezeritch tells us that is not the case. The truth is, he tells us, that land everywhere has the ability to make trees, but there has to be a diminishment of the Light of the earth into a specific point, and that is the seed. Then, it takes all the power of growth from all the land around it and grows.

"We need to have the awakening that we have actually not even done anything."

And the same is true with us; all the spiritual work that we do can be compared to the Light of growth that exists in the earth. There has to be a breaking of our shell before any Light is revealed. Therefore, after any spiritual work that we do, we need to have the awakening that we have actually not even done anything. Of course, it is not that we have literally done nothing; it important to understand the difference. There is a person who really has not done anything, then there is a person who does his spiritual work and is growing, but in connecting to the spiritual world sees that in comparison to where he need to be, he has done nothing.

It is like Rav Ashlag’s parable of the worm inside the rotten apple. The worm thinks his life is so dark and rotted, but as he eats a little bit, he gets through layers and starts seeing light, until he gets to the final peel of the apple and sees the great world out there, realizing that life is not dark nor rotten. This is the same process we have to be going through constantly in our spiritual work. If we are doing our spiritual work properly, it means that we are going from one level to the next, and that when we get to the next level, we look back at what we have accomplished and see it was so little.

Imagine climbing a mountain on which, every time we come to one level, we still never actually see the top, but we know it’s there, so we go up 100 feet, and see the next level we need to go up, and go up that level, and so forth. If we are doing our spiritual work properly, that is what we are going to see all the time in our lives. So, when the Ramchal talks about the idea that the ultimate state of knowledge is coming to the understanding that we really do not know anything, it does not mean we do not study and do not literally know; it means that a person who does spiritual work needs to realize that he has not done anything in comparison to where he needs to be.

Every sefira, as we said, has Ten Sefirot within it, and every one of those has ten more within it, and on and on. Why? Because now we understand that every part of the spiritual work we do takes us from one place to another; when a person is elevating spiritually, he goes from one sefira to the next sefira, from one world to the next world. And if we do our spiritual work, seeing the next level, seeing how much further we always have to go, we look back and say, "I really have not done anything compared to what I have to do,” if that is our constant thought and we are being constantly shown the next great distance, it means we are growing spiritually.