Tributes have been paid to jazz "genius" Chick Corea, who has died at the age of 79 "Through his body of work and the decades he spent touring the world, he touched and inspired the lives of millions," Chick Corea's family wrote in a statement following his death on February 9th.
Mike Carlson/Invision/AP

Chick Corea, the virtuosic keyboardist who broadened the scope of jazz during a career spanning more than five decades, died on Tuesday from a rare form of cancer. A post on his Facebook page confirmed the news. Corea was 79.

“Throughout his life and career, Chick relished in the freedom and the fun to be had in creating something new, and in playing the games that artists do,” . “Through his body of work and the decades he spent touring the world, he touched and inspired the lives of millions.”

“Chick Corea was the single greatest improvisational musician I have ever played with,” John Mayer, who had appeared with Corea onstage, wrote on Instagram. “Nobody was more open, more finely tuned to the moment, changing his approach with every new offering by the musicians around him. If you hit a wrong note, he’d immediately pick it up and play it as a motif so as to say ‘all of this has value, whether you see it or not.’ What an immeasurable loss in so many ways.”

In the early Sixties, Corea established himself as an A-list pianist, working with Stan Getz, Herbie Mann, and others. Later in the decade, he joined Miles Davis’ band and played a key role in helping the trumpeter make the transition to a more contemporary, plugged-in sound on albums like Bitches Brew. Following his work with Davis, he formed his own groundbreaking electric band, Return to Forever, which played some of the most vibrant and dynamic music of the fusion era. In the ensuing decades, Corea threw himself into countless projects, showing off his limitless range — from a refined duo with vibraphonist Gary Burton to his trendsetting Elektric Band. His most recent album, the 2020 live solo disc Plays, showed off his wildly diverse skill set and body of influences, touching on classical pieces, bebop, and more. 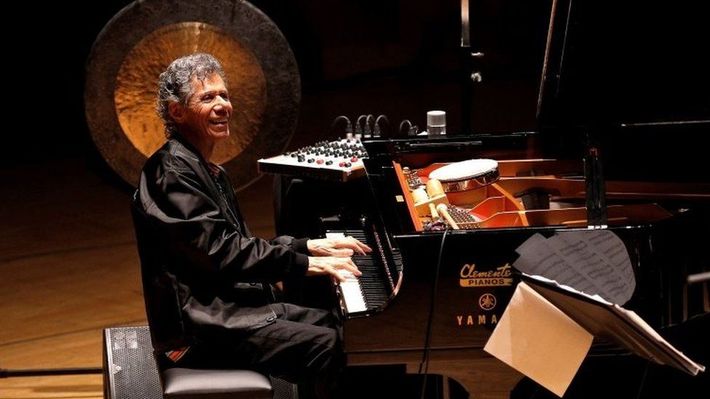 EPA
The musician died from a rare form of cancer, a statement on his website said

“I want to thank all of those along my journey who have helped keep the music fires burning bright,” he wrote via his family on Facebook. “It is my hope that those who have an inkling to play, write, perform or otherwise, do so. If not for yourself then for the rest of us. It’s not only that the world needs more artists, it’s also just a lot of fun.

“And to my amazing musician friends who have been like family to me as long as I’ve known you: It has been a blessing and an honor learning from and playing with all of you. My mission has always been to bring the joy of creating anywhere I could, and to have done so with all the artists that I admire so dearly — this has been the richness of my life.”

Born on June 12th, 1941, Corea grew up near Boston. His father, a Dixieland-style jazz trumpeter, introduced him to piano, though he also played drums at an early age. He would go on to study briefly at both Columbia and Juilliard but soon left school and began gigging with established names such as Getz, Mann, and Blue Mitchell. By the late Sixties, Corea was already making strong statements as a bandleader, including 1968’s Now He Sings, Now He Sobs, an album featuring bassist Miroslav Vitous and drummer Roy Haynes that set a new benchmark for the modern jazz piano trio. 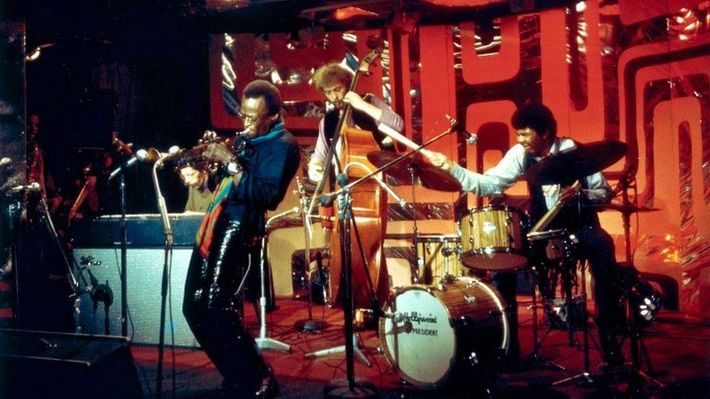 His work with Davis began with a transitional band known as the Lost Quintet, given that it never made a proper studio album. “It really was a bad motherfucker,” Davis once said of the group, which excelled at both the daring postbop of Davis’ prior quintet and boldly abstract free improvisation, and which featured Corea on electric piano, an instrument he was initially skeptical of. Corea would go on to appear on foundational Davis albums like In a Silent Way, Bitches Brew, A Tribute to Jack Johnson, and On the Corner.

Corea formed Return to Forever in 1972, and the second version of the band — featuring bassist Stanley Clarke, drummer Lenny White, and guitarist Bill Connors, later replaced by Al Di Meola — helped spearhead the jazz-rock movement of the time, along with John McLaughlin’s Mahavishnu Orchestra and Weather Report. The group’s proggy, pyrotechnic sound would prove hugely influential not just in the jazz world, but among rock artists including the members of Bad Brains and Living Colour’s Vernon Reid.

“The hair stood up on my arm,” Corea recalled of writing the title track for Return to Forever’s 1973 classic Hymn of the Seventh Galaxy. “It was so exciting and it worked so great and everyone was so enthusiastic about it. It really set a new direction, and it developed from there. The venues we were playing were bigger and the audiences picked up on the vibe. There was a synergy going on between what we were creating and how audiences were digging it.”

Though he established himself early in his career as a technically dazzling player, Corea was also a restlessly inventive composer-bandleader who never shied away from new ideas. He explored avant-garde jazz with the collective group Circle; upbeat, Latin-influenced material on the album My Spanish Heart; the Thelonious Monk songbook with the Now He Sings trio; and danceable, pop-informed sounds with the Elektric Band, in which he wielded a keytar; along with tributes to his musical heroes ranging from Mozart to bebop legend Bud Powell. He also worked in a long-running two-piano duo with fellow Miles alum Herbie Hancock. “Working with Chick is so comforting and welcoming, as far how it makes me feel, and stimulating at the same time,” Hancock said in 2015. “I mean, he just lays out a kind of cushion … like a welcoming mat on one hand, and then on the other hand, there’s some spices of stimulation, and challenging stimulation, too.”

“Corea changed the landscape,” Vernon Reid wrote on Twitter after Corea’s death. “Many levels. He (& Herbie Hancock) made the Fender Rhodes LEGIT in Jazz. He literally mastered ALL Schools. He went there. Just an ASTONISHING musician.”

“What making music for people does, I’ve observed, is it stimulates what’s natural in all of us,” Corea told Jazz Times in 2020. “It’s native sense, in every person. You don’t have to be a professional anything — all you need to do is be a living human being, and open to the play of imagination.” He went through the world and made history.
A great talent.