We’re all familiar with myths, legends and fairytales. It’s always interesting to see how they explain traditions that we still have in modern society today—the things we feel are normal, but are actually quite weird if we think about it. So why do the Chinese celebrate the Spring Festival (Chinese New Year) the way they do? Why do people put up red decorations and light firecrackers? Who chose the 12 Chinese zodiacs? What‘s the point of malt candy?

The Monster and New Year’s Eve

In ancient times, there was a monster named Nián (年). It usually lives at the bottom of the sea and comes up once a year to feast on animals and humans. On this day, the villagers would all escape into the mountains. 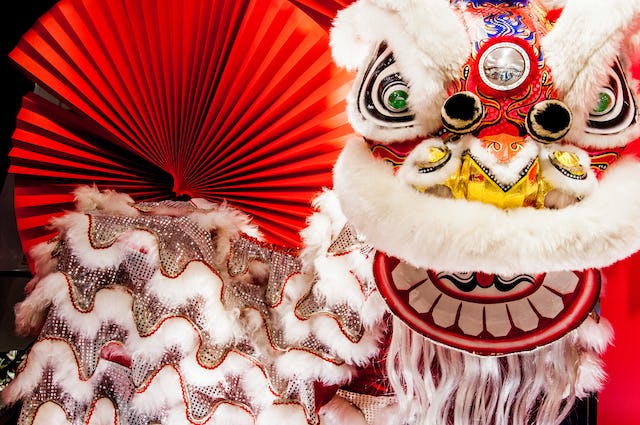 Nian is a horned beast, a mix between a dragon and a kirin.

One year, a beggar came to seek shelter, but everyone was hurrying away. Only an old woman took him in and he promised to chase Nian away. He busied himself with decorating the homes.

At midnight, Nian lumbered in but stopped short when it saw the red paper on the doors. As it roared in anger, firecrackers suddenly sounded and it trembled in fear. When it saw the beggar, dressed in red, laughing at it, it could only run away.

The villagers came back the next day and were pleasantly surprised that the homes were all still standing. They realized that loud noises and the color red were Nian’s kryptonite.

This is why, on New Year’s Eve, families eat dinner in their homes fortified by red decorations. At midnight, firecrackers are sounded. In addition, people will wear new and festive red clothing to celebrate.

Evil Spirits and PoetrOne of the red decorations that Chinese people love is Spring Festival couplet poems (春联 / chūn lián). They are pasted on both sides of the doorframe. And Nian isn’t the only monster that these poemsprotect you against!More specifically, they guard against demons who wander around the human world at night looking for trouble. They must return to the underworld at dawn. Two gods guard the entrance, which is under a giant peach tree. Any demons that harmed humans during the night would be seized and fed to the tigers.

To safeguard their homes, people began to carve the gods’ names into peach wood tablets. By placing them outside their doors, they were able to scare the demons away. 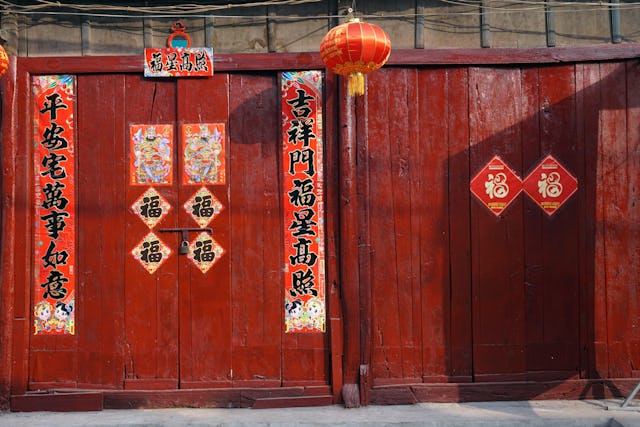 Through time couplets became much longer and more complex poems.

Another decoration is calligraphy. The most common word is fú (福), meaning happiness or fortune. But you’ll rarely see it upright.

It is said that in the Ming dynasty, the Emperor ordered every household to decorate by pasting fu onto their doors. On New Year’s Day, he sent soldiers to check. They found that one illiterate family pasted the word upside down.

The Emperor ordered the family to be punished by death. Thankfully, the Empress was there and came up with an explanation: “Upside down” (倒 / dào) is a homophone of “here” (到 / dào). When it’s upside down, it means that fu is here.

The explanation made sense to the Emperor and he set the family free. From then on, people would hang the word upside down, both for fortune and in remembrance of the kind Empress.

Fu is usually written on red paper in the style of traditional calligraphy. 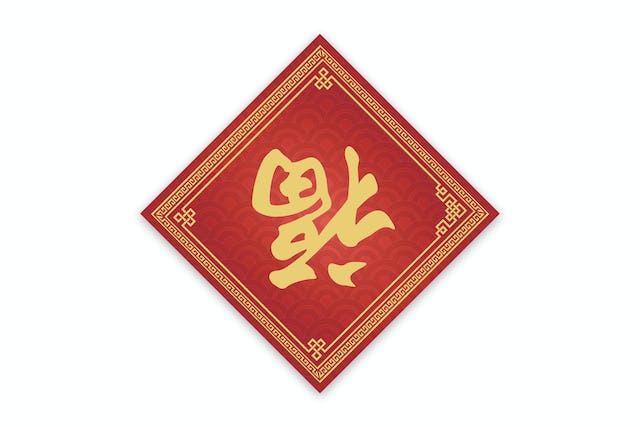 Dumplings and EarSome people say that dumplings are shaped like gold and silver ingots. Others say they look like ears.That may be due to a myth about the goddess Nǚwā (女娲). 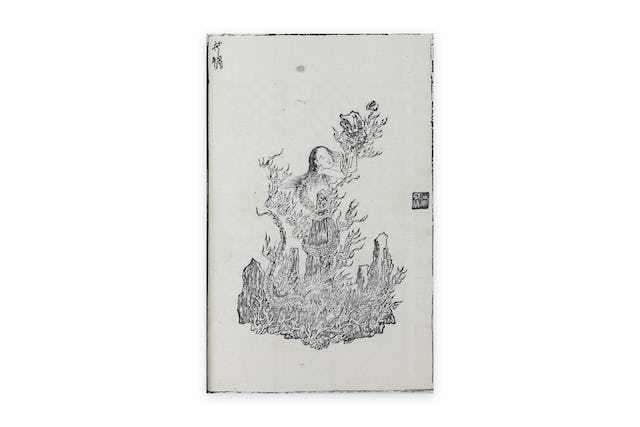 Nǚwā has the body of a snake and is known as the mother of all life.

She created humans out of yellow clay. But she realized that the ears would freeze and crack off in the winter. To solve this problem, she sewed the ears in place and put the end of the thread in the humans’ mouths.

Later, to thank Nǚwā, people molded dough into the shape of ears. They then stuffed it with meat and vegetables rather than thread.

So next time your ears are so cold you think they’ll fall off, be glad they won’t and eat some dumplings!

There are some drinks specific to the Chinese New Year. One of them is Tusu wine (屠苏酒 / Tú sū jiǔ).

In one story, there was a plague going through villages, taking many lives. A man put some herbs, leaves and grains into bags. He brought one to each of his neighbors, telling them to soak the bag in water.

They were to drink the water on New Year’s Day. And they found that this magical drink saved them from the plague. It became known as Tusu wine, named after the Tusu-structured home of the man. 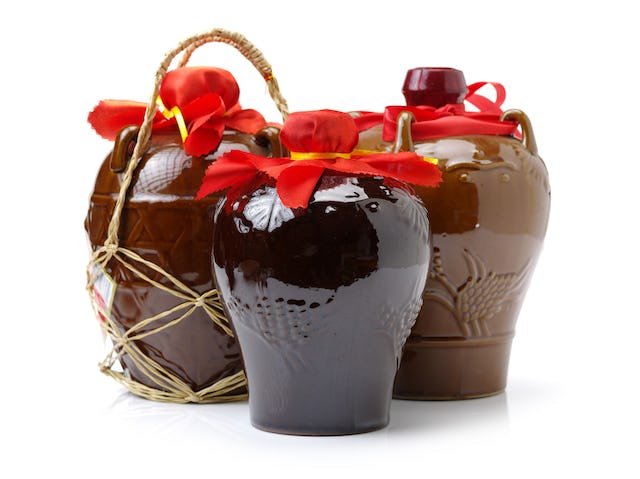 Tusu is a type of Chinese white wine, stored in ceramic vats in ancient times.

No one knows if this story is true, but wine is often used as a part of traditional Chinese medicine. And it won’t hurt to take a sip of this rich drink during the holidays!

According to legends, there used to be an evil spirit named Sui (祟). It would appear on New Year’s Eve and pat the heads of sleeping children three times. The children would end up with a fever. Even if they recovered from the fever, they’d never be the same again. 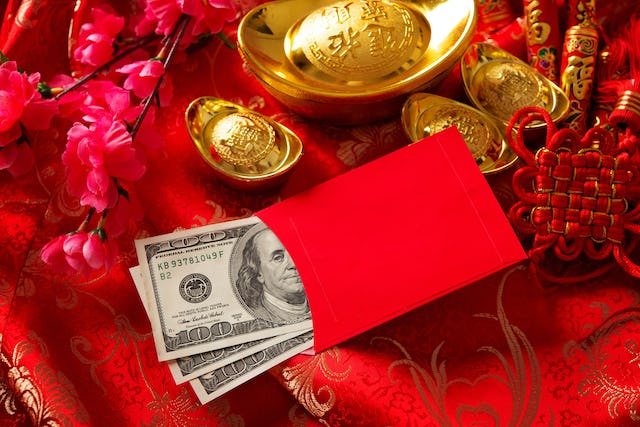 One couple entertained their child with some coins at night. When he fell asleep, they placed the coins on red paper and left it by the pillow. When Sui came, the coins flashed and frightened it away. From then on, parents would give children money wrapped in red paper every New Year’s Eve. Read our full article on red pockets to learn more about their origin, history and how much to put in one.