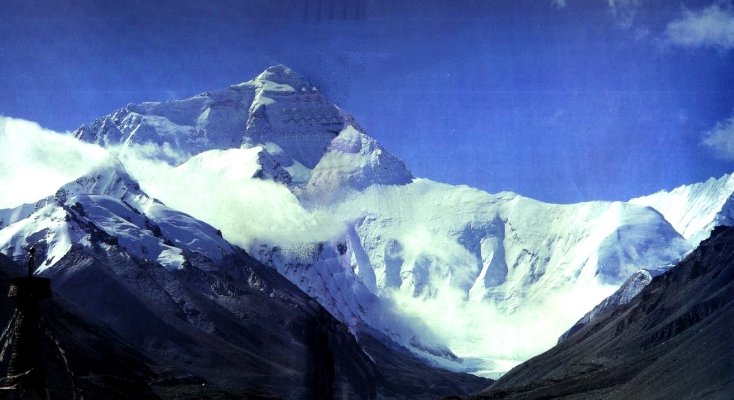 Mt. Everest is famous for being the highest peak in the world.

To the local Nepalese Mt. Everest is known as Sagarmatha.

To the Tibetans (China) it's known as Mt. Quomolongma - means "The Third Goddess" in Tibetan. There was a beautiful story among Tibetan people:

During ancient time there was a sea in this region. Then a group of Devils came and destroyed every life. One day, the wind brought 5 colorful clouds arrived from the Heaven. The clouds were 5 Goddesses. They fight with the Devils and locked the Devils under the snow mountains. People prayed the Goddesses to stay and protect the Earth. The Goddesses agreed, they made the forests, the grasslands, the farm fields and the beautiful flowers. Then they turned into 5 high Peaks. The Third Goddess was the tallest and bravest one, she became Mt. Quomolongma.

So the Tibetans would not known that their "Third Goddess" was named by the west as Mt. Everest - after surveyor Sir George Everest.in 1865.