According to information received by sources in Dharamsala, and by Free Tibet, on 15 August Tsewang Norbu, a 29 year Tibetan monk from Tawu monastery, Kardze in Kham (Ch: Sichuan Province), self immolated and died in Tawu town to protest China's occupation and lack of freedom in Tibet. Free Tibet reported that he was heard calling out "We Tibetan people want freedom:, Long Live the Dalai Lama" and "Let the Dalai Lama Return to

Tibet." Voice of Tibet reported that there were significant restrictions placed on the monastery by the authorities and security personnel recently, to prevent celebrations of His Holiness the Dalai Lama's birthday. Electricity supplies were cut to restrict communication, and water supplies to the monastery were cut as well for some time.

Tsewang's body has been taken to the monastery for monks to perform appropriate rites. The situation is tense as Chinese security personnel have quickly surrounded the monastery and are demanding the body be handed over, against the will of the monks and local people. -- ITN

PLEASE ORGANIZE WITH FRIENDS, TIBETAN GROUPS AND SUPPORTERS, A CANDLE VIGIL IN MEMORY OF TSEWANG NORBU IN YOUR AREA, WEAR FREE TIBET SHIRTS AND FLY THE TIBET FLAG. A good place to have a vigil: in front of the Chinese Embassy....fly the Tibet flag high! 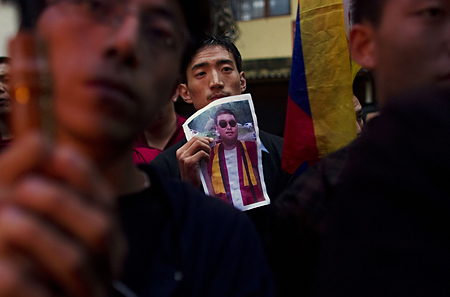 Thanks +++ for the link to the petition, Nada

Write to the Chinese consulates in your country

I am deeply concerned about the situation in Tawu County (Ch: Daofu), Tibetan Autonomous Prefecture, Sichuan Province) where Tsewang Norbu from Nyitso Monastery died after setting himself on fire on 15 August 2011.

Since his death security forces have surrounded the monastery.

Tsewang’s death has happened less than 6 months after another monk, Phuntsog, set himself on fire on the streets of Ngaba Town. Following Phuntsog’s death, the Chinese regime deployed troops onto the streets of Ngaba, forcibly removed hundreds of monks, undertook house searches and detained and sentenced scores of Tibetans.

Military presence at Nyitso monastery, the continued intimidation of its monks and a communication blackout are unacceptable and only inflame an already tense situation.

I urge you to exercise restraint and respect the feelings and rights of the Tibetans in Tawu.

I will be closely following the Chinese government's actions and response to Tsewang Norbu's death.

Please send copies of any responses to Free Tibet to help us monitor the situation. In Dharmsala, India, on Monday, a Tibetan at a vigil held a portrait of the monk Tsewang Norbu.

Friday 19 august, we wil dance and sing with hour sacred dance group, we will light candles and bring hounour to Tsewang Norbu with some mantra's

Tibet must be free, svaha!

Compassion, love and Peace for Tibet and all Beings

Tibet will be FREE 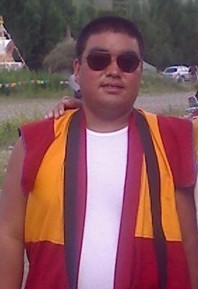