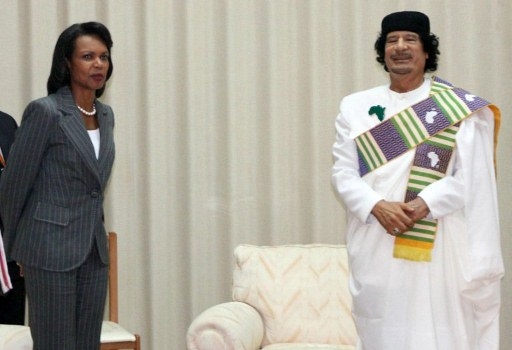 It's a powerful word, and one that sends many  people into defensive mode. But, is there any other word to describe how the West treated the Libyan people in the years before the Libyan revolution?

Watching world leaders speak solemnly about Colonel Muammar Gaddafi's death, taking care not to gloat, has been an eye-opening experience.

Now, that might not be ground breaking news to anyone, but it is worth recanting how the West fell back in love with the Libyan leader.

Great Britain was the first off the block. Mussa Kussa, the head of Libya intelligence services began negotiations with a US-British team that included the CIA and MI6.

It was just after 2003 invasion of Iraq and Gaddafi knew in order to survive he would have to play ball.

And play he did.

He signed away his almost non-existent nuclear programme, implicitly admitted Libya was behind the Lockerbie bombings and even went so far as to order an arrest warrant for al-Qaeda leader Osama Bin Laden.

An absurdity, given that Bin Laden was the world's most wanted man at that point, but an absurdity that occurs everyday in international politics.

Then Tony Blair, the UK prime minister, visited the man himself. The British leader, relishing his role on the world stage, sat in the shade of a bedouin tent and smiled all the way through a meeting which, when seen on television, looked simply surreal.

However it was very real. A year later Britain lifted sanctions and Gaddafi was one of the club, an international pariah who came in from the cold a leader.

That same year and George Bush also restored full diplomatic relations with Libya. Meanwhile its people were harassed, foreign journalists stopped from entering the country, and Gaddafi's family squandered Libyan wealth like it was going out of style.

But such things seemingly do not really matter to the West. Sure, They will occasionally publicly berate the colonel but in private it's a gold rush.

Libya has oil and Gaddafi is now a friend.

In 2008 Gaddafi receives Condoleezza Rice, the US secretary of state at the time, into Libya. No tents this time but the Libyan leader was famously enamoured of Rice. So much so when the rebels entered his Tripoli compound, they found pictures of her.

The love in, it seems is in now full bloom.

Later that year Gaddafi visits the US for the first time and addresses the UN General Assembly. He was due to speak for 15 minutes. He is done an hour an half later.

Among his statements that day were accusations that the UN Security Council are terrorists and a demand for $7bn from European countries to Africa for the sins of colonialism.

Now both these points have been raised before. Academics and observers have often talked about Security Council reform, and other's talk about reparations from Europe to help build Africa.

A sensible, well-thought out argument could have been mounted.

It seems the colonel paid no attention to any  such studies and simply went off on a rant that many who saw it remember to this day, not for its eloquence, but for its sheer audacity and sense of ridiculousness.

But no matter if Gaddafi was on the world stage and nothing would taint his image. In fact the best was yet to come.

In 2010 Italy invited the man on a state visit. Dressed in full military regalia he hobnobbed with Italian politicos and was feted by a country who had paid the Libyan regime $5bn in reparations for colonial policies.

But that $5bn was small change for a country that quickly became Gaddafis trading partner.

All in all, the West turned to this dictator for the reason they turn to all dictators. It is simply easier to do business with one man who rules with an iron fist, than a messy fledgling democracy in a mineral-rich but cash-poor state.

That the West picks and chooses who its friends with and who its not friends with, that much is obvious.

What is less obvious is how the West will react now that those friendly strong arm leaders are falling like flies.

On the surface the words "democracy" have been bandied around and platitudes like "The will of the people" are falling like manna  from democratic heaven. Here's the thing though:

The West had to act when Gaddafi went too far and threatened to bomb his own people. You would hope it would act again if given the same situation.

Except it hasn't. In Syria Bashar al-Assad has so far killed over 3,000 people, yet not one air strike has been ordered; not one Western leader has met opposition figures.

Syria has powerful friends determined to not to act.

No one wants to see war in yet another Arab country, but the difference in western attitudes between Libya and Syria is breathtaking.

Like I said at the beginning of this piece. Hypocrisy. When it's applied to supporting or destroying dictators, it's a powerful word. 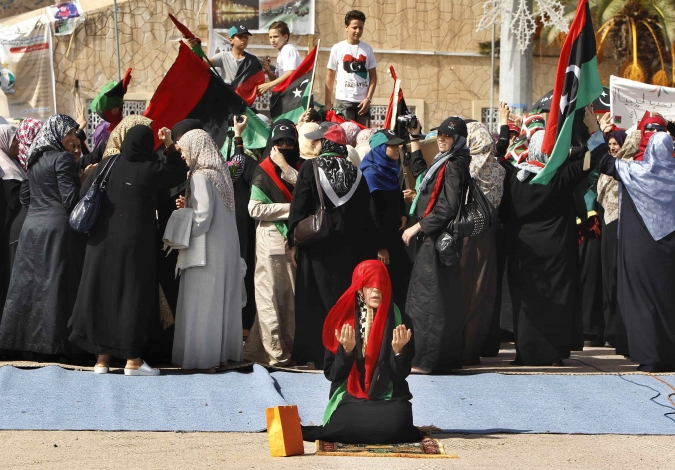 Permalink Reply by Stephen Quinto on October 21, 2011 at 8:00pm
Yes, it is sorrowfully worse than ...hypocrisy.  For the damage that it does to the karma of the world we know too well is further denatured by it.  Headlines that gloat over Gaddafi's murder continue to desecrate a world that should have only been held sacred.  But this is why we are now experiencing ....the purification. This and all such events - of which there are overwhelmingly so many -  reminds us how blessed we are to find peace in our own world ....and from which place we can say '.... never again!'  Lovingly....

Thank you Stephen, your words give me peace of mind .....

Death is never something to celebrate. This man is said to have caused the violent death of so many in so many places. But this can and must never excuse the execution of a man without due process of  law. One can understand the anger of those who have been fighting for freedom, finding the mass graves of their countrymen, the torture of so many of their friends and families. We from Lockerbie in Scotland might have pause for thought but as others has said now we will never know the truth. Without due process we can never claim that justice has been done.

I mourn the world but will always try to demand the rule of law.

Thank you David, your words express what I feel too.
This is one of my reasons for this article.

Permalink Reply by Shimon Z. Klein on October 22, 2011 at 9:04pm
An excellent post. I agree that the treatment meted out to Gaddafi in the past has been shocking. It proves that the West was totally insensitive to the Libyan people in their suffering from this brutal dictator. Oil supplies was far more important to the Western powers who propped him up for 42 years. It was only when the tide changed and the Libyan people began to rebel then NATO stepped in to help them overthrow this barbaric man.  However, on the other hand his brutal execution raises questions as to whether Libya will be moving towards democratic rule. Surely it would have been better for all concerned if Gaddafi was brought to trial and held accountable for the terrible crimes that he had committed against his people and receive his just punishment.

I deeply agree too : someone's deathh has never to be celebrated,

Let's unfold Peace in our hearts and minds to allow Peace on Earth. 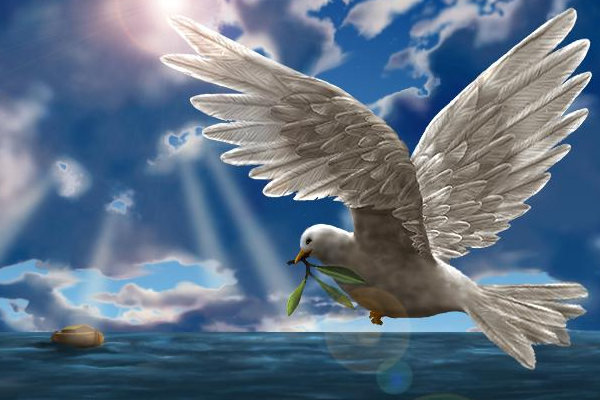