Greta Thunberg, Clarification about me and my school strike 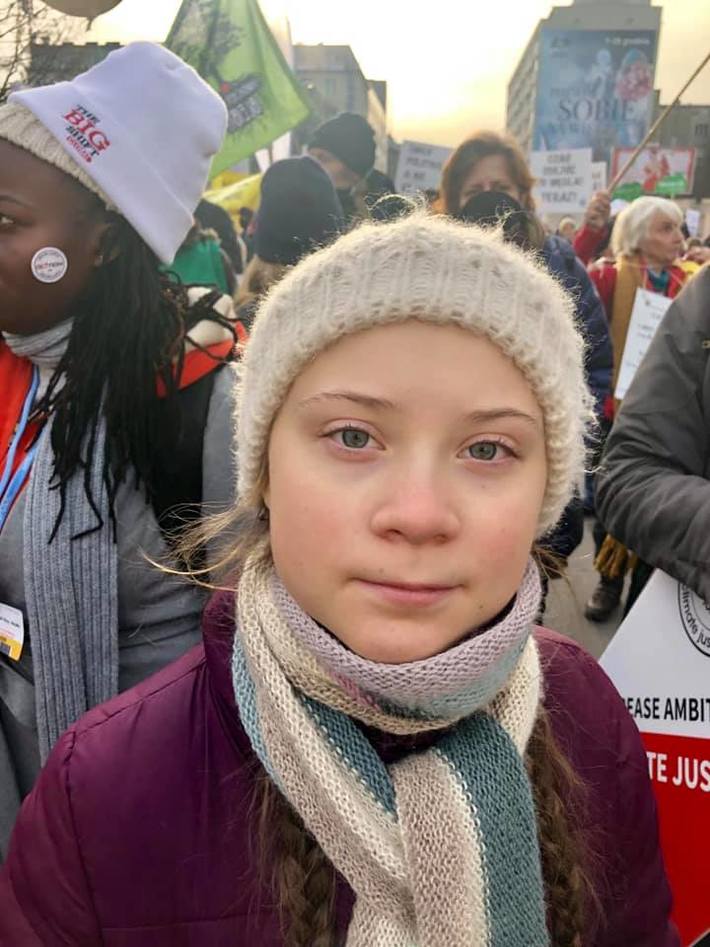 As the rumours, lies and constant leaving out of well established facts continue, please share this newly updated clarification about me and my school strike.
Please help me communicate this to the grown ups who lie about me and family so that I can focus on school instead:

Recently I’ve seen many rumors circulating about me and enormous amounts of hate. This is no surprise to me. I know that since most people are not aware of the full meaning of the climate crisis (which is understandable since it has never been treated as a crisis) a school strike for the climate would seem very strange to people in general.
So let me make some things clear about my school strike.

In may 2018 I was one of the winners in a writing competition about the environment held by Svenska Dagbladet, a Swedish newspaper. I got my article published and some people contacted me, among others was Bo Thorén from Fossil Free Dalsland. He had some kind of group with people, especially youth, who wanted to do something about the climate crisis.
I had a few phone meetings with other activists. The purpose was to come up with ideas of new projects that would bring attention to the climate crisis. Bo had a few ideas of things we could do. Everything from marches to a loose idea of some kind of a school strike (that school children would do something on the schoolyards or in the classrooms). That idea was inspired by the Parkland Students, who had refused to go to school after the school shootings.

I liked the idea of a school strike. So I developed that idea and tried to get the other young people to join me, but no one was really interested. They thought that a Swedish version of the Zero Hour march was going to have a bigger impact. So I went on planning the school strike all by myself and after that I didn’t participate in any more meetings.

When I told my parents about my plans they weren’t very fond of it. They did not support the idea of school striking and they said that if I were to do this I would have to do it completely by myself and with no support from them.
On the 20 of august I sat down outside the Swedish Parliament. I handed out fliers with a long list of facts about the climate crisis and explanations on why I was striking. The first thing I did was to post on Twitter and Instagram what I was doing and it soon went viral. Then journalists and newspapers started to come. A Swedish entrepreneur and business man active in the climate movement, Ingmar Rentzhog, was among the first to arrive. He spoke with me and took pictures that he posted on Facebook. That was the first time I had ever met or spoken with him. I had not communicated or encountered with him ever before.

Many people love to spread rumors saying that I have people ”behind me” or that I’m being ”paid” or ”used” to do what I’m doing. But there is no one ”behind” me except for myself. My parents were as far from climate activists as possible before I made them aware of the situation.
I am not part of any organization. I sometimes support and cooperate with several NGOs that work with the climate and environment. But I am absolutely independent and I only represent myself. And I do what I do completely for free, I have not received any money or any promise of future payments in any form at all. And nor has anyone linked to me or my family done so.

And of course it will stay this way. I have not met one single climate activist who is fighting for the climate for money. That idea is completely absurd.
Furthermore I only travel with permission from my school and my parents pay for tickets and accommodations.

My family has written a book together about our family and how me and my sister Beata have influenced my parents way of thinking and seeing the world, especially when it comes to the climate. And about our diagnoses.
That book was due to be released in May. But since there was a major disagreement with the book company, we ended up changing to a new publisher and so the book was released in august instead.
Before the book was released my parents made it clear that their possible profits from the book ”Scener ur hjärtat” will be going to 8 different charities working with environment, children with diagnoses and animal rights.

And yes, I write my own speeches. But since I know that what I say is going to reach many, many people I often ask for input. I also have a few scientists that I frequently ask for help on how to express certain complicated matters. I want everything to be absolutely correct so that I don’t spread incorrect facts, or things that can be misunderstood.

Some people mock me for my diagnosis. But Asperger is not a disease, it’s a gift. People also say that since I have Asperger I couldn’t possibly have put myself in this position. But that’s exactly why I did this. Because if I would have been ”normal” and social I would have organized myself in an organisation, or started an organisation by myself. But since I am not that good at socializing I did this instead. I was so frustrated that nothing was being done about the climate crisis and I felt like I had to do something, anything. And sometimes NOT doing things - like just sitting down outside the parliament - speaks much louder than doing things. Just like a whisper sometimes is louder than shouting.

Also there is one complaint that I ”sound and write like an adult”. And to that I can only say; don’t you think that a 16-year old can speak for herself? There’s also some people who say that I oversimplify things. For example when I say that "the climate crisis is a black and white issue”, ”we need to stop the emissions of greenhouse gases” and ”I want you to panic”. But that I only say because it’s true. Yes, the climate crisis is the most complex issue that we have ever faced and it’s going to take everything from our part to ”stop it”. But the solution is black and white; we need to stop the emissions of greenhouse gases.
Because either we limit the warming to 1,5 degrees C over pre industrial levels, or we don’t. Either we reach a tipping point where we start a chain reaction with events way beyond human control, or we don’t. Either we go on as a civilization, or we don’t. There are no gray areas when it comes to survival.
And when I say that I want you to panic I mean that we need to treat the crisis as a crisis. When your house is on fire you don’t sit down and talk about how nice you can rebuild it once you put out the fire. If your house is on fire you run outside and make sure that everyone is out while you call the fire department. That requires some level of panic.

There is one other argument that I can’t do anything about. And that is the fact that I’m ”just a child and we shouldn’t be listening to children.” But that is easily fixed - just start to listen to the rock solid science instead. Because if everyone listened to the scientists and the facts that I constantly refer to - then no one would have to listen to me or any of the other hundreds of thousands of school children on strike for the climate across the world. Then we could all go back to school.
I am just a messenger, and yet I get all this hate. I am not saying anything new, I am just saying what scientists have repeatedly said for decades. And I agree with you, I’m too young to do this. We children shouldn’t have to do this. But since almost no one is doing anything, and our very future is at risk, we feel like we have to continue.

And if you have any other concern or doubt about me, then you can listen to my TED talk ( https://www.ted.com/talks/greta_thunberg_the_disarming_case_to_act_... ), in which I talk about how my interest for the climate and environment began.

And thank you everyone for your kind support! It brings me hope.
/Greta

Ps I was briefly a youth advisor for the board of the non profit foundation “We don’t have time”. It turns out they used my name as part of another branch of their organisation that is a start up business. They have admitted clearly that they did so without the knowledge of me or my family. I no longer have any connection to “We don’t have time”. Nor does anyone in my family. They have deeply apologised for what has happened and I have accepted their apology.

Every enlightened spirit that comes to earth for a special mission is pursued in various ways to be discredited.
God Bless Greta.