How would a Zen master react if the nuclear sirens started to wail and mushroom clouds appeared on the horizon? 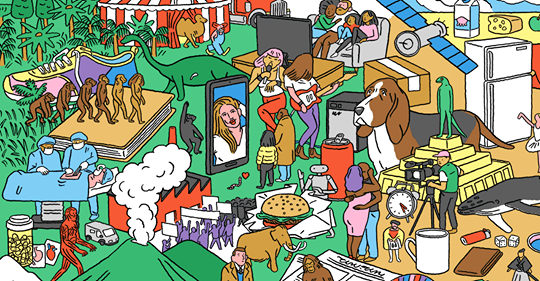 That master would take himself calmly but with necessary speed to a place of safety. There is nothing in Zen that says you have to sacrifice yourself to an untimely death.

The master would be mindfully observing his own thoughts, and perhaps reminding himself that every moment is the best moment — even an apparent catastrophe — this principle is at the heart of Zen practice.

It sounds simple enough in theory, but in practice can be very difficult, like being in the way of a nuclear blast. The ego is prone to panic. It spends a lot of time raking over the past and fretting about the future. Pretty soon, the present moment is almost obliterated even though it is the only real moment in which to live.

But the master would strive to stay in the flow state where he is engrossed in the present moment — that is experiencing every moment as the best moment. The master might well think that this nuclear event is offering a challenge to remain calm and absorbed in the moment. The challenge would be to think and do one thing at a time without allowing the mind to panic. It is not so much what he does, but how he does it that matters.

How has the Zen master cultivated this mind-set? He did it by observing the activity of his mind over time, every day. This activates the most highly evolved part of the brain, the part in which meta-consciousness occurs. The watcher simply watches, it does not judge or interfere, it observes the flow of consciousness.

Mindfulness, or present-moment focus is a foundation of Zen. It is to discipline the mind to focus almost exclusively on the present moment, gently returning attention to the present every time it wanders.

I can give you an example from my own experience. Walking with an every moment is the best moment mind-set along a busy sidewalk on Market Street in San Francisco one July morning, a young man came barreling towards me, weaving through the sidewalk strollers. He was thin and agile, and running as fast as he could go. He was skirting around people in his way, but there was no avoiding me. I had about a second to react; to brace for impact.

If I had not been fully in the moment already, he would have knocked me over. I had just enough time to turn and lean my shoulder towards him as a Rugby player would. He struck me a hard glancing blow, and ran on, with no loss if speed. He looked back, smiled and yelled ‘sorry!’ Neither of us was angry or injured by the encounter.

Having an every moment is the best moment mindset of the Zen practitioner not only helps you to enjoy life, it gives you the presence of mind to avoid problems and react well in emergencies.

spot on Nada.. thank you for posting.