More than 1.5 million volunteers were involved in the huge operation 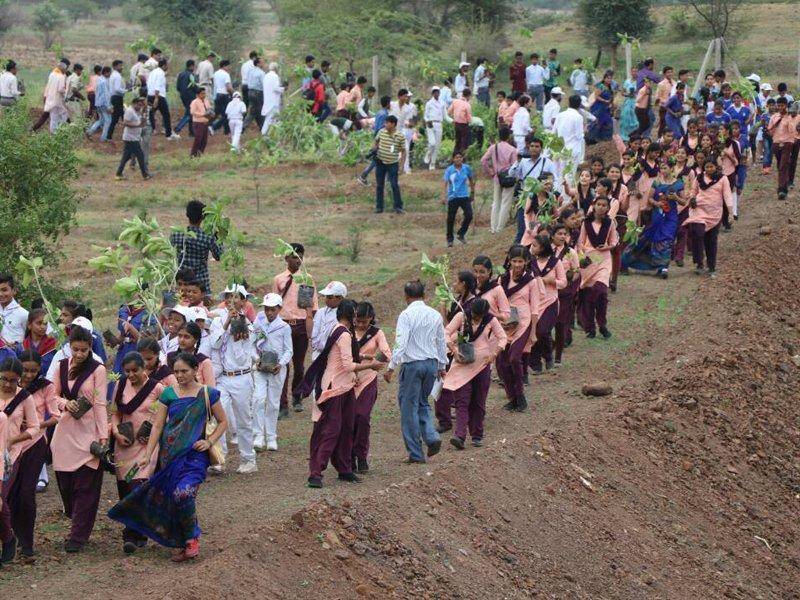 Volunteers in India planted more than 66 million trees in just 12 hours in a record-breaking environmental drive.

About 1.5 million people were involved in the huge plantation campaign, in which saplings were placed along the Narmada river in the state of Madhya Pradesh throughout Sunday.

India committed under the Paris Agreement to increasing its forests by five million hectares before 2030 to combat climate change.

Last year volunteers in Uttar Pradesh state set a world record by planting more than 50 million trees in one day.

Observers from Guinness World Records also monitored Sunday’s plantation and are expected to confirm in the coming weeks that the effort set a new high.

The campaign was organised by the Madhya Pradesh government, with 24 distracts of the Narmada river basin chosen as planting sites to increase the saplings’ chances of survival. Volunteers planted more than 20 different species of trees.

He said volunteers including children and the elderly had planted 66.3 million saplings between 7am and 7pm, adding in a tweet: “By planting trees we are not only serving Madhya Pradesh but the world at large.”

India is the world’s third largest generator of carbon emissions. Prime Minister Narendra Modi last month reaffirmed his country’s commitment to the Paris climate accord after the US withdrew from the deal.

“The protection of the environment and the mother planet is an article of faith,” he said at a joint press conference with French President Emmanuel Macron.