Into the Arms of the One True God(s) 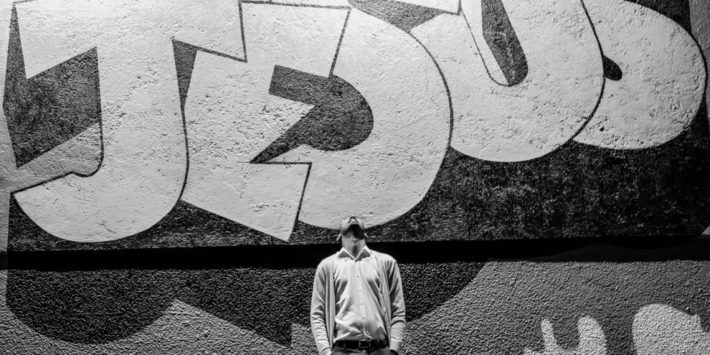 Somewhere in the chanting of divine names—Govinda, Krishna, Ganesh, dozens of voices in a cross between music and roar—I looked around the auditorium and saw Jesus and didn’t know what to think.

Nothing in my fundamentalist youth had prepared me for this. Granted, I hadn’t been a fundamentalist for decades: that version of me would never have set foot in a massive arena with 10,000 others—pagans, Muslims, Jains, you name it—for an event like the Parliament of the World’s Religions. I certainly wouldn’t have been there to speak on building bridges across religious divides. That only came from being nudged onto a different path, one that had me keeping company with monks and mystics and a more elusive Christian-ish god who loved me but also baffled me.

If you’ve ever been a fundamentalist, though, you know how the vestiges hang on. They hovered in disapproval throughout the Parliament, a clear message from the Jesus of long ago, when I sang and danced and lifted my arms to him as the one and only Savior.

Singing and dancing and uplifted arms were happening here too. That’s what you do in kirtan, the yogic practice that moves its devotees toward oneness with God. Musicians in electric colors drummed and played for people who whirled and swirled and chanted in call and response.

I stood on the sidelines, tapping one foot. You couldn’t tell from the frozen smile on my face, but my heart was rising to something. I scanned the room for the god I knew, the way you do for familiar faces on a bus. I didn’t know if I’d be glad or afraid to see my god: with my god sometimes you don’t know what’s coming.

So maybe seeing Jesus there shouldn’t have surprised me. Still, it left me breathless because I knew what it meant. It was a break point, a final goodbye to exclusive Jesus who would have given me hell for even thinking about kirtan, a rush into the arms of the Jesus whirling across the room, the Jesus who in the flickering light looked a little like Govinda and Ganesh and everyone else I could name. 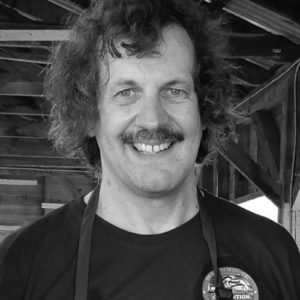 A bigender person and quasi-hermit, John Backman (she/her) writes about ancient spirituality and the unexpected ways it collides with postmodern life. This includes personal essays in Catapult, Typehouse Literary Magazine, Braided Way, Tiferet Journal, Amethyst Review, and Sufi Journal, among other places. For the past two years John has been named a top 10 creative nonfiction finalist in the Wild Atlantic Writing Awards. Find her on the web at dialogueventure.com or at @backwrite.

Into the arms of the one true Elohim.