More than one homeless person dies every day in the UK, study finds

'This is a wake-up call to see homelessness as a national emergency,' said Crisis CEO Jon Sparkes 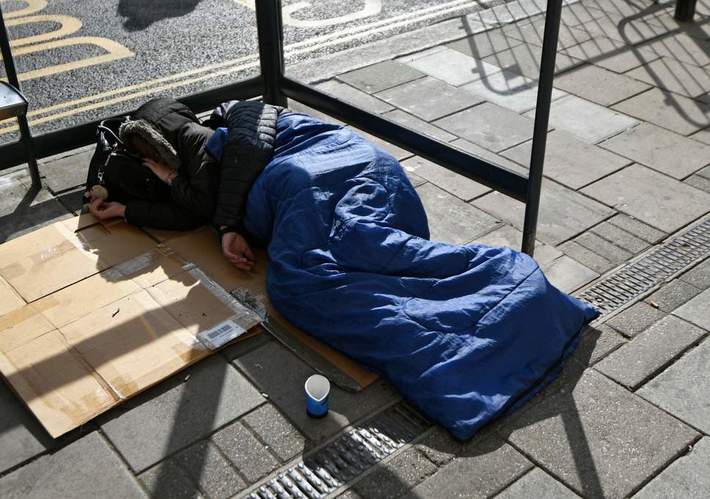 A homeless person on the street in Windsor ( EPA )

More than one homeless person died every day in the UK over the last 12 months, according to a new study.

A physicist, a former soldier and a travelling musician were among the 449 deaths recorded since October 2017, including 14 in one week alone.

Experts described the statistic as a “national scandal” and placed the blame on welfare cuts, high rents and a lack of social housing.

The true death toll is likely to be significantly higher, according to the Bureau of Investigative Journalism, which produced the database with the help of Channel 4 news, local journalists, charities and grassroots outreach groups.

It has prompted the Office of National Statistics (ONS) to begin work on its own “experimental” data in an attempt to improve understanding of how and why homeless people die.

The definition of homelessness used by the Bureau includes rough sleepers, people living in emergency accommodation such as hostels, sofa surfers and those registered as officially homeless in Northern Ireland.

Many of those included in the database are listed as "anonymous". Three men’s bodies were so badly decomposed by the time they were were discovered they needed forensic testing to identify them.

Causes of death included assault, drug overdoses, illness and suicide. One man showed signs of prolonged starvation. Their ages ranged from 18 to 94 years old, with an average of 49 for men and 53 for women.

The place of death was only known in 128 cases, including 65 on the streets, 47 in temporary accommodation and 16 in hospitals.

“These figures are nothing short of a national scandal. These deaths are premature and entirely preventable,” said Howard Sinclair, chief executive of homelessness charity St Mungo’s.

Jon Sparkes, chief executive of Crisis, said: “This is a wake-up call to see homelessness as a national emergency.”

The ONS said that it had seen the database set up by the Bureau and compared it to its own figures collected from death registrations.

“Information gathered by outside organisations like these is not used for our official statistics, but it helps us develop the most accurate method of identifying all the deaths that should be counted,” said Ben Humberstone, ONS deputy director for health analysis and life events.

“Although this is a new area of data collection, we have a responsibility to ensure it meets the same high standards of quality, accuracy, confidentiality and security as the rest of our work.”

A spokeswoman for the Ministry of Housing, Communities and Local Government said: “Every death of someone sleeping rough on our streets is one too many and we take this matter extremely seriously.

The homelessness crisis has been created by expensive private rents, crippling welfare cuts and a severe lack of social housing, said Polly Neate, chief executive of the charity Shelter.

“We see first-hand the suffering it causes: from families trapped in cramped and dingy B&Bs, to those forced to endure the dangers of sleeping rough,” she added. “To prevent more people from having to experience the trauma of homelessness, the government must ensure housing benefit is enough to cover the cost of rents, and urgently ramp up its efforts to build many more social homes.”

More than one homeless person died every day in the UK over the last 12 months, according to a new study.

Its so sad. This is an absolute scandal, in supposedly the 5th largest economy in the world.