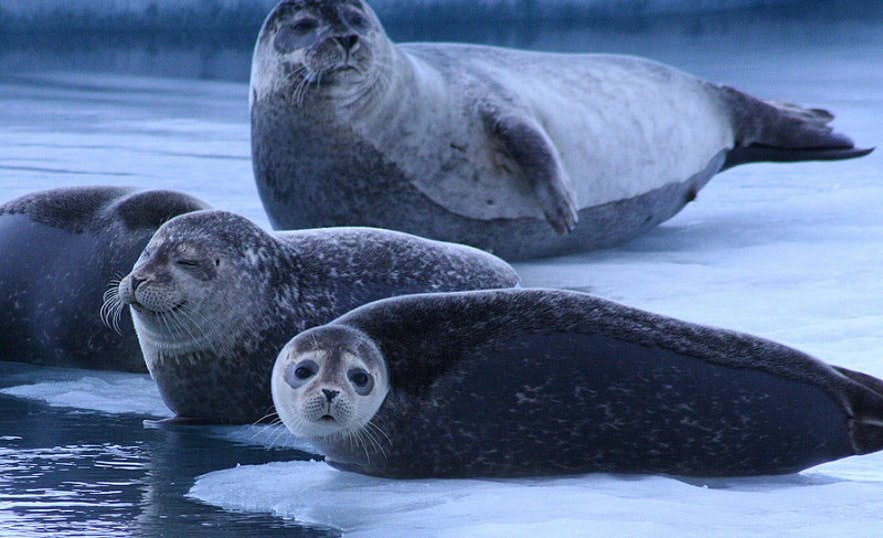 Seals have used Iceland’s shores as a place to haul out, breed and shed for millenniums. It’s cold fertile waters, and long stretches of rocky, uninhabited coast, allowed large colonies to evolve before humans ever set foot here. 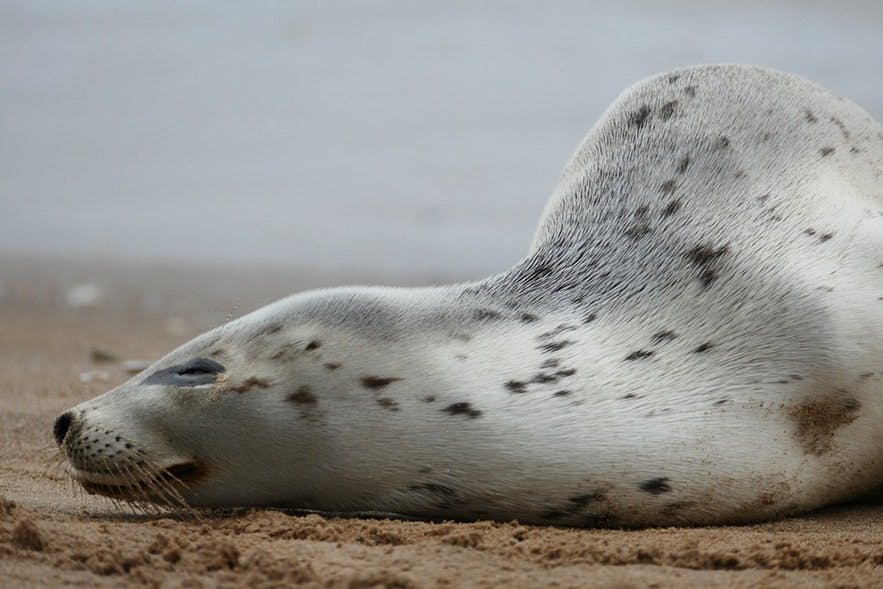 Their numbers and lack of fear of humans were a blessing when settlers did arrive; seals provided the people with essential resources, from food to clothing to oil, which helped make the stark new country habitable. Their populations were dwindling heavily by the 20th Century when more and more were taken for fashion rather than necessity, but their numbers today are quite stable.

A seal hauling out on shore. Photo Credit: Silverstylus

Seals are still hunted occasionally in Iceland, due to the damage they cause to fishing equipment and how they pass ringworm to fish stocks; some are still hunted on private property for fur. These practices have come under increasing question as the seal-watching industry has boomed, especially since the opening of the Icelandic Seal Centre in Hvammstangi, which is dedicated to researching these animals and raising awareness about their threats.

Two species of seal live on Iceland’s shores permanently: the harbour seal and the grey seal. They live all around Iceland, but the best places to reliably spot them are the Westfjords, the Vatnsnes Peninsular, the Snæfellsnes Peninsula, and the Jökulsárlón glacier lagoon.

They are not the only species to frequent Icelandic waters, however. Harp, bearded, hooded and ringed seals are all occasional visitors, and even walruses are sometimes seen in the Westfjords. Walruses used to have a large population here but were hunted to extinction in the 17th Century.