What The Climate Crisis Is About 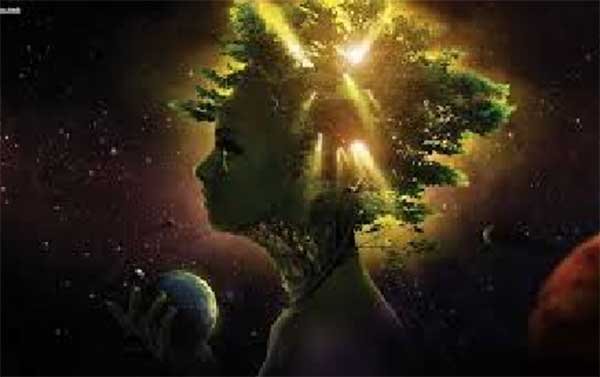 Listen: it isn’t about me about ego and it isn’t about you your property income taxes but about EARTH about life about spirit and grandchildren about seven generations and seven times after that about the full spiral circle of planetary life with its shrinking diversity of species and the corrupting atmosphere but the circle goes around circles undulates comes back and is about you your priorities and is about me my priorities about our priorities and truth looks into our eyes together and whispers and asks in rough edgy tones

hold on! wait! the problem is not man made the nature of things are what the nature of things are – being things but turn turn do not listen they lie they are lying twisted in lies and lying is a labyrinth built over death a maze –eyeless earless walls surrounding a sinkhole to keep truth out a bottomless abyss – but you you and me this we of us a tribal union we have chosen simplicity and the humble courage of rainbow-warriors the Love-Way of green troubadours resurrected shamans Orphic spell casters the Great Spirit Avatars – the ancient and the ageless

our sojourn meanders on crooked paths of mountain sheep delights along footings of fallow deer and merriment-wonder and into the blue channels of singing whales how marvelous miraculously the whales sing!  even down down – down to the silent meditations past mermaids deep to the om-depths of ocean octopi telepathically reaching out

David Sparenberg is a writer from USA 22 March 2019

Stephen Quinto has sent me this message:

Eva, tell David that was the most beautiful song i have heard ...to plead with all our family that they should remember who we are ...and why we are here.

The ancients tell me that it is too late now to change the desti y we have invoked ....but it is never too late for Love and Peace to send their gorgrous message ....even if consolation.