Marine Gardens: Plants That Live in the Ocean

here are thousands of different types of plants found in the ocean, and all of them are affected by the amount of available sunlight, salinity levels, and the temperature of the water. Ocean plants are rarely talked about, but with 70 percent of the world covered in water, they play a vital role in oxygenating oceans around the world, protecting certain species of aquatic animals from predators and outside elements (including human activities), and helping animals thrive by being their primary food source.

Common Types of Ocean Plants
There are basically two categories of plants living in our ocean’s waters: those that float freely through the water, and those that are directly rooted into the ocean floor. Floating plants can be spotted near the surface of the water. Rooted plants, on the other hand, must acquire sunlight to survive, so they are often found in shallow waters near the shore.

Let’s discuss the four common types of floating and rooted plants that live in the ocean: 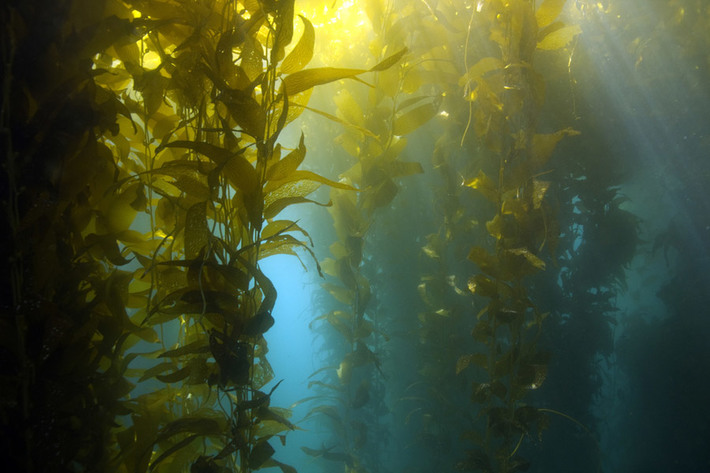 Kelp beds are commonly found throughout colder ocean waters. As a form of algae, kelp grows along rocky coastlines at depths of 20 to 90 feet, clinging to rocks with their root-like structure or staying afloat through the use of tiny flotation bulbs. This oceanic plant thrives on sunlight and it can often grow up to 250 feet in length, making it the largest marine plant in the world. 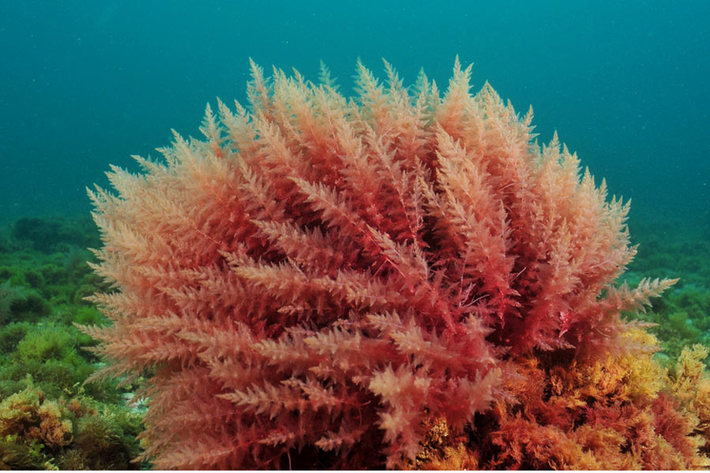 Red algae have populated the warm, tropical waters of the world for more than 500 million years. It gets its unique coloration from phycoerythrin, a pigment that absorbs blue light and reflects red light. Similar to kelp, red algae is rich in proteins and vitamins, making it a popular food source for countries throughout Asia.

You’ll also find a unique type of red algae, the coralline algae, which are made of very fine filaments and are hard as the rocks that they grow on to support the structure of coral reefs. 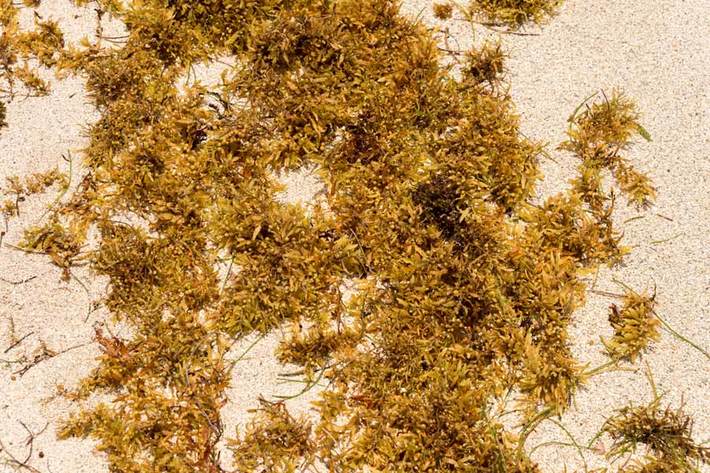 Seagrass is a rooted plant that requires a lot of light to thrive along the shallow waters of our world’s coastlines. There are many common types of sea grass, including manatee grass, turtle grass, and shoal grass—all of which are varieties of a land plant that has evolved over the years in order to survive in salt water.

It is also a popular food source for crabs and lobsters throughout the temperate marsh waters where it commonly grows. Not only does seagrass greatly contribute to the task of oxygenating the oceans, but it also releases pollen from its flowers to pollinate other ocean plants, provides a protective habitat for small marine life, and serves as food for some species of reef fish.

This makes seagrass one of the most important plants found in the ocean.

Sargassum, also known as gulfweed or sea holly, is a floating ocean plant that plays an integral role in the early lives of many marine species. It is characterized by its brownish-green coloration, dense, bushy fronds, and berry-like gas-filled bladders that keep it afloat.

The bladders’ floating nature keeps the plant up at the surface of the water, better enabling photosynthesis where it can be closer to the sun and allowing juvenile sea turtles to turn to it for food and shelter as they mature and eventually make the long trip back home.

Sargassum is so abundant in a gyre of the North Atlantic that it has been dubbed the Sargasso Sea. Some marine species found within the Sargasso Sea are found nowhere else in the world!

Ocean plants are part of some of the most important ecosystems on the planet, so it is imperative that we all do our best to protect and take care of our marine gardens.

Thanks Bridget, wonderful video, and interesting article! Thank you for posting!