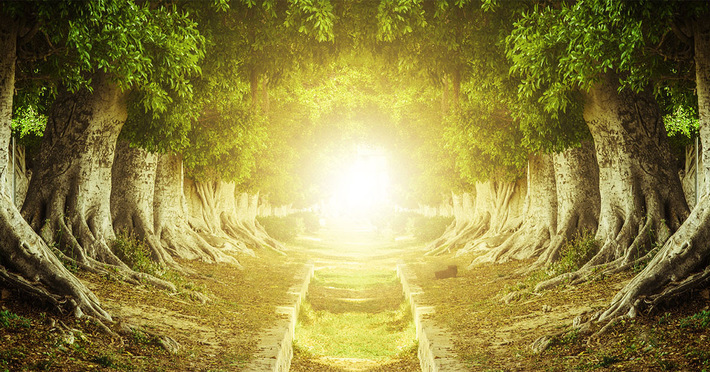 When the great Sufi mystic and poet Jalal-ud-Din Rumi died at sunset in Konya, southern Turkey, on December 17, 1273, he had lived for almost half his sixty-six years in the Sun of the Awakened Heart. With the light of its splendor as his constant inspiration, Rumi composed 3,500 odes, 2,000 quatrains, and a vast spiritual epic called the Mathnawai, and founded the Mevlevi Order that, under his son Sultan Walad and his successors, was to spread his vision throughout t the Islamic world, from the most remote villages of Turkey and Iran to Jakarta, from Tangiers to Sarajevo. Now, over 700 years later, through the pioneering (and superb) translations of Coleman Barks, Robert Bly, Jonathon Star, and others, Rumi is almost as well know and revered in the West as he has long been in the East.

Not long before his death, Rumi wrote of his passion for his Beloved, Shams-I-Tabriz, and its significance:

Those tender words we said to one another
Are stored in the secret heart of heaven.
One day, like the rain, they will fall and spread
And their mystery will grow green over the world.

The time has come for this greening of the world's heart and mind by the mystery of Rumi's love for his Beloved. Increasingly, Rumi is being recognized as the unique spiritual genius he is, as someone who is fused at the highest level and with the greatest possible intensity the intellect of a Plato, the vision, passion and soul-force of a Christ or Buddha, and the extraordinary literary gifts of a Shakespeare. Rumi is, I believe, not only the world's greatest mystical poet but also an essential guide to the new planetary spiritual renaissance that is slowly emerging from the ruins of our civilization. He speaks to us from the depths of our own sacred identity, and what he says has the electric eloquence of our innermost truth. No other poet or philosopher of whom I know has Rumi's almost frightening intimacy of address, and no one I am aware of in any civilization has conveyed the terror, rapture and wonder of awakening to Divine Love with such fearless and gorgeous courage, such humility and such unflinching clarity.

The world is in terrible danger. We have very little time left in which to make desperately needed changes in every arena of life. We need the truth and empowerment of authentic mystical understanding and love now more than at any other moment of our history. May the Light of the Heart be revealed in all to all of us, and may we all, united in and by Divine Love, transform together the conditions of life on earth.

Every day for the next year, you will receive one of Rumi's wonderful poems. Today, we begin our journey together with the following:

If you are seeking, seek us with joy
For we live in the kingdom of joy.
Do not give your heart to anything else
But to the love of those who are clear joy,
Do not stray into the neighborhood of despair.
For there are hopes: they are real, they exist --
Do not go in the direction of darkness --
I tell you: suns exist.

(Translated by Andrew Harvey from A Year of Rumi)

Permalink Reply by MARGARIDA MARIA MADRUGA on January 2, 2021 at 7:32pm

yes yes yes for Rumi but let us not forget Hafiz and Kabir and their translators ..

hi Desmond, here begins a series of Rumi poems, one every day for a year.