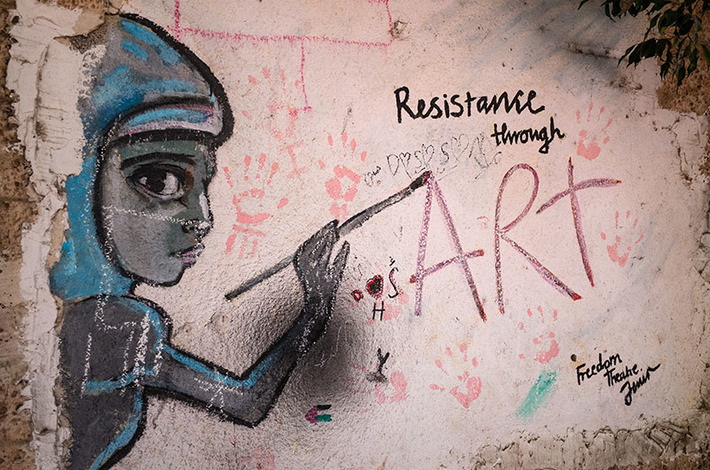 Jenin’s refugee camp history might be similar to the history of any other camp in the West Bank, but during the Second Intifada, its history became intertwined with one of the Palestinian struggle’s darkest episodes.

In 2002, during an intense siege that lasted for a month, known as the ' Battle of Jenin’, over 400 homes were destroyed, 56 Palestinians were killed and thousands arrested, also, 23 Israelis soldiers died which is an extremely high number compared to other confrontations in the West Bank.

In the aftermath, thousands of residents saw their dreams completely shattered, and the consequences of those times are evident until today.

According to the United Nations Relief and Work Agency (UNRWA), the camp was initially established in 1953 to accommodate around 8,450 Palestinians expelled after the Nakba from more than 50 villages. The last consensus made by UNRWA in 2015 reported that close to 13,000 people were living in the camp; today, the number is believed to surpass 16,000.

After the destruction and massacre of the Second Intifada, Jenin camp residents were left alone to put the pieces of their lives back together. 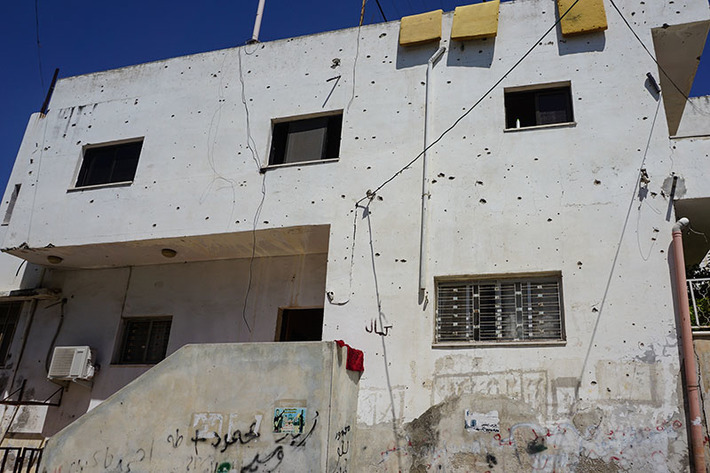 In April 2002, Farha Abu Alhaija took the initiative with other activists and founded the NGO, NOT to Forget .

The current head of the administrative body, Abu Alhaija, told Palestine Monitor they started the organisation to help children and women by providing forms of subsistence and psychological support to cope with the stress of losing their homes and family members.

“Many of the women had a difficult life after they lost their husbands and homes, as a refugee woman myself, I felt that I had to do something, to help empower them and to change the minds of the people to see how women can be a strong asset for our society,” Alhaija said. The Not to Forget organisation offers programs together with the UNRWA schools present in the camp to keep the children focused and active. Recently, they were able to open another space in the camp for the children to gather, play and socialise.

The importance of having this space becomes evident when journalist, co-founder of Ma’an News and of Not to Forget, Dr Fathi Said, describes the daily reality in the camp.

“The children don’t feel safe in the street. Every night it’s the same program, Israeli forces come to the camp to arrest people, mostly children, then they don’t understand when they don’t see their friends at school or at the activities,” Said said.

Additional to the Israeli raids, the Palestinian National Security Forces try to enforce their authority in the camp with nightly raids and arrests using the argument that there are armed resistance groups operating within the camp.

Before Abu Alhaija started Not to Forget, she was already engaged in youth education and cultural activities during the First Intifada when she met Arna Mer-Khamis.

Born as the daughter of Lithuanian-Jewish scientists, Arna fought in the Palmach, an elite unit of the Haganah, during the 1948 Arab-Israeli War. Later in her life, after being desolate by some of the things she saw, Arna became engaged in the lives and struggles of Palestinian refugees in Jenin.

After winning the trust of the residents and with the help of her son, actor and filmmaker, Juliano Khamis, they were able to promote children's activities focused on drama and acting projects that eventually became the Freedom Theatre. 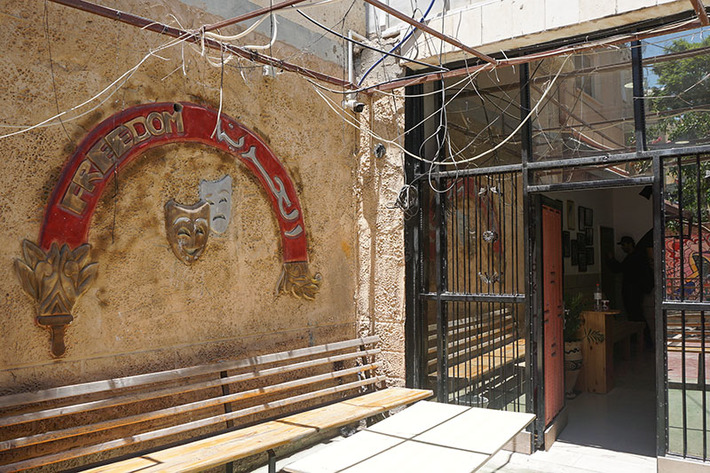 Arna passed away due to cancer in 1996, but her son Juliano went on to open the theatre in 2006. As a professional actor and screenwriter, Juliano introduced the children into the art of acting and theatre. His work found an abrupt end when he was assassinated in front of the theatre in 2011. The culprits of his assassination are today, still unknown. Arna and Juliano touched the hearts of thousands of people in the camp and around the globe, leaving a lifetime legacy of empowerment and resistance behind.

When entering the theatre, there are photos hung all over the walls that shows them working together with the children that were part of the first project they developed, many of whom also met their tragic fates during the Second Intifada.

Technical director of the theatre, Adnan Nghughia, who worked closely with Juliano since the opening of the Freedom Theatre, told Palestine Monitor that the project was meant to create hope and offer an escape to the children.

“Juliano and Arna wanted to show the children that there can always be another life, no matter what situation you are in, that there are many ways to fight the occupation and they wanted to make the children choose the right one,” Nghughia explained. 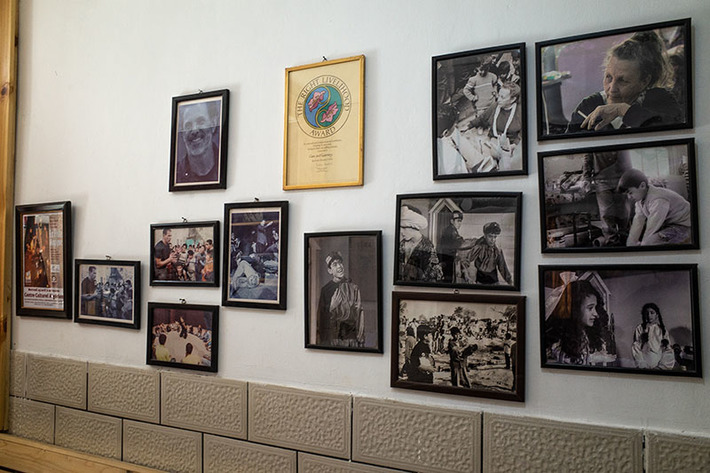 Daily accounts of a resigning generation

Leaving the theatre, Said takes us to Al Nabatat, one of the oldest cafés in Jenin, located right outside of the camp. The place is frequented by people from all layers of society, from refugee camp residents to doctors and lawyers, who go there to smoke shisha and drink Arabic coffee during their work break.

Dr Ghasan Marai, currently 63 years old, studied medicine in Zagreb and worked in Croatia during the Yugoslav Wars, eventually coming back to Jenin where he continued to work in the only hospital in town.

“The working conditions in the hospital are very bad. There is a lack of equipment and staff. For example, if I want to make an ultrasound test, I need to send the patient to a private doctor, which then will give me the results in a few days,” Dr Marai said.

With only 123 beds, the Jenin Government hospital serves a large part of the northern West Bank. Despite new alleged investments and development projects for the hospital, Dr Marai stated that fundamental problems still exist.

“There is a lack of staff. When I was working in the emergency room, we would get 100 to 200 patients a day, and I was the only doctor there,” Marai said. Inside the camp, there is only one health centre with one doctor and a few nurses to provide basic and primary care, including some check-ups and treatment for the 16,000 residents.

Listening to Marai’s words, the coffee and shisha are served by exactly those young people who are suffering from what he is talking about.

When asked, the coffee shop manager said that all of three servers had finished their degrees recently after studying four years in University. They were working there because they could not find jobs in their fields of study that ranged from financial accounting to sports educators and social science. Many residents previously depended on accessible jobs in Israel, which has been critically diminished since the building of the separation wall and the enforcement of the work permits policies. Now, if you have a permit, despite your lifetime situation, you are considered lucky.

“Look at me. I have worked 30 years as a doctor, and with what I earned at that time, I cannot support my family,” Dr Marai said. “Soon, I will have to go to Israel to work as a chef in a fish restaurant.”

“If you want to see the real Palestine, go to a checkpoint at 6 am. You will see qualified people who dedicated their entire lives working, going to Israel and try to make a living,” Dr Marai concluded. 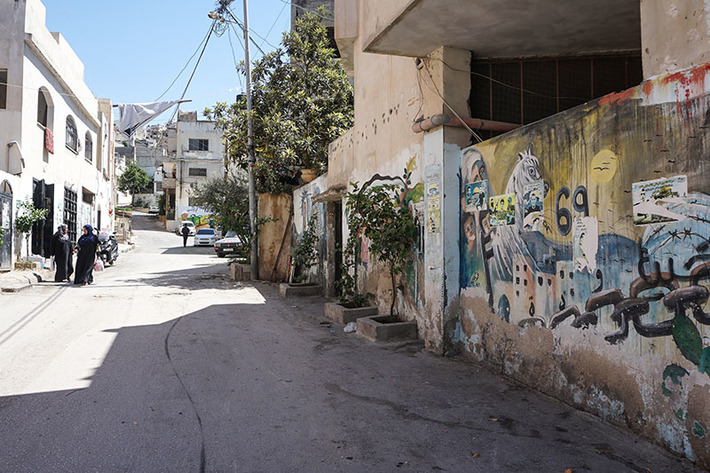 This article was written and photographed in collaboration with F.T. Hupsel.