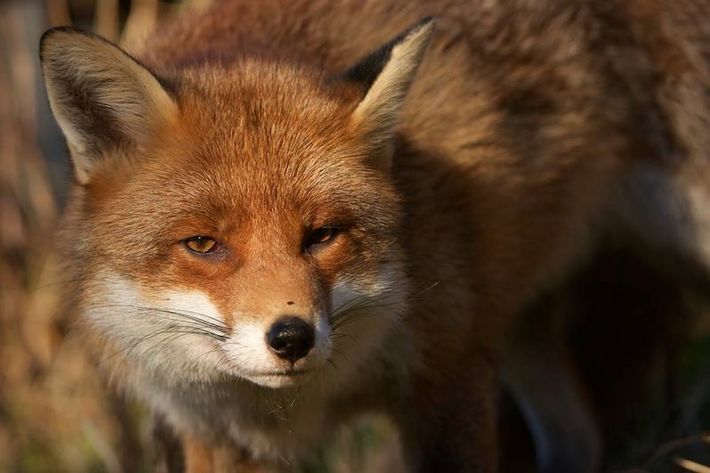 There are so many fine poems about foxes that I could fill the page attempting to list them all, but some of the very best include: "The Fox" and "Straight Talk from Fox" by Mary Oliver, "Vixen" and "Fox Sleep" by W.S. Merwin, "The Thought Fox" by Ted Hughes, "February: The Boy Breughel" by Norman Dubie, "The Fox Bead in May" (based on Asian "9-tailed fox" folklore) by Hannah Sanghee Park, "The Fox Smiled, Famished" by Mike Allen, "Michio Ito's Fox & Hawk" by Yusef Komunyakaa, and "Three Foxes by the Edge of the Field at Twilight" by Jane Hirshfield 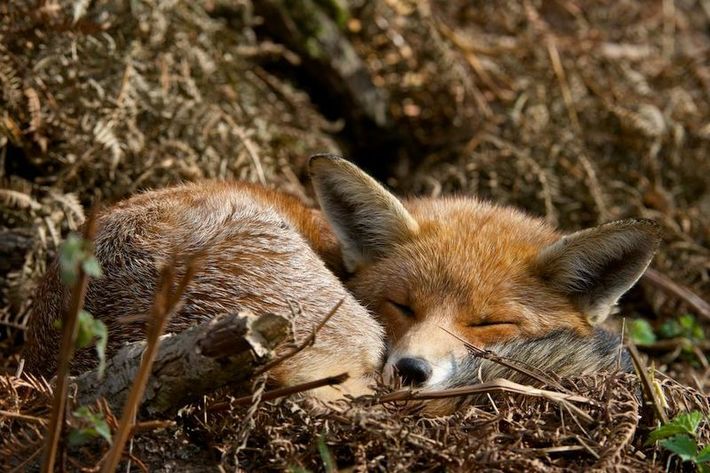 My favorite fox poems of all, however, are by the great American poet Lucille Clifton (1936-2010), whose work "emphasizes endurance and strength through adversity, focusing particularly on African-American experience and family life."  Here's the first of them:

telling our stories
by Lucille Clifton

the fox came every evening to my door
asking for nothing. my fear
trapped me inside, hoping to dismiss her
but she sat till morning, waiting.

at dawn we would, each of us,
rise from our haunches, look through the glass
then walk away.

did she gather her village around her
and sing of the hairless moon face,
the trembling snout, the ignorant eyes?

child, i tell you now it was not
the animal blood i was hiding from,
it was the poet in her, the poet and
the terrible stories she could tell.

The second poem is an absolute stunner: "A Dream of Foxes," written in six parts.

who
can blame her for hunkering
into the doorwells at night,
the only blaze in the dark
the brush of her hopeful tail,
the only starlight
her little bared teeth?

and when she is not satisfied
who can blame her for refusing to leave,
Master Of The Hunt, why am i
not feeding, not being fed?

the coming of fox

one evening i return
to a red fox
haunched by my door.

i am afraid
although she knows
no enemy comes here.

silent as my skin bleeds
into long bright flags
of fur.

so many fuckless days and nights
only the solitary fox
watching my window light
barks her compassion.
i move away from her eyes.
from the pitying brush
of her tail
to a new place and check
for signs. so far
i am the only animal.
i will keep the door unlocked
until something human comes.

what if,
then,
entering my room,
brushing against the shadows,
lapping them into rust,
her soft paw extended,
she had called me out?
what if,
then,
i had reared up baying,
and followed her off
into vixen country?
what then of the moon,
the room, the bed, the poetry
of regret?

a dream of foxes

in the dream of foxes
there is a field
and a procession of women
clean as good children
no hollow in the world
surrounded by dogs
no fur clumped bloody
on the ground
only a lovely time
of honest women stepping
without fear or guilt or shame
safe through the generous fields. 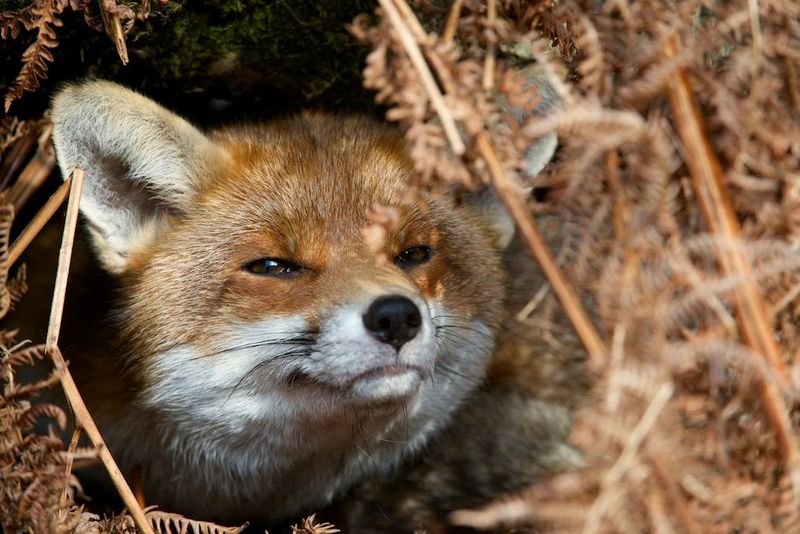 "I've been passionate about the natural world all my life," Richard says. "This interest led me into angling, to get closer to a world hidden beneath the surface of a river or lake. Angling took me all over the world, to places well off the beaten track, North, South and Central America, the Indian ocean and my particular favourite, Africa. It was on these trips that I felt the need to learn how to capture what I was seeing with the camera. Soon taking pictures became much more important than catching fish, and now I'm much more likely to be found holding a camera than a fishing rod. I hope through my photographs to show the character of the animal and, through that, to make people care." 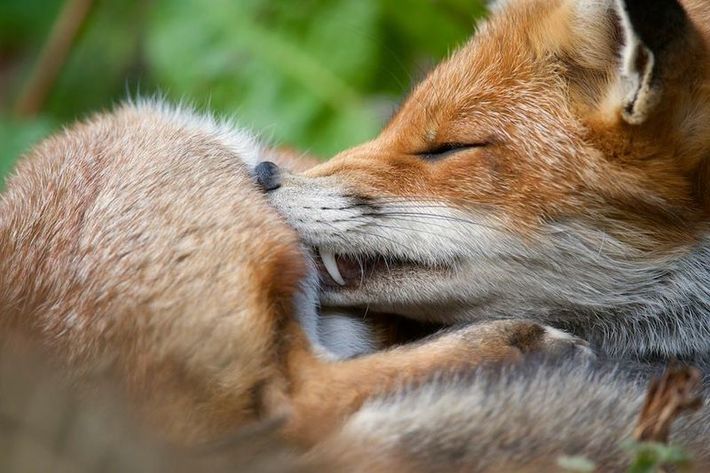 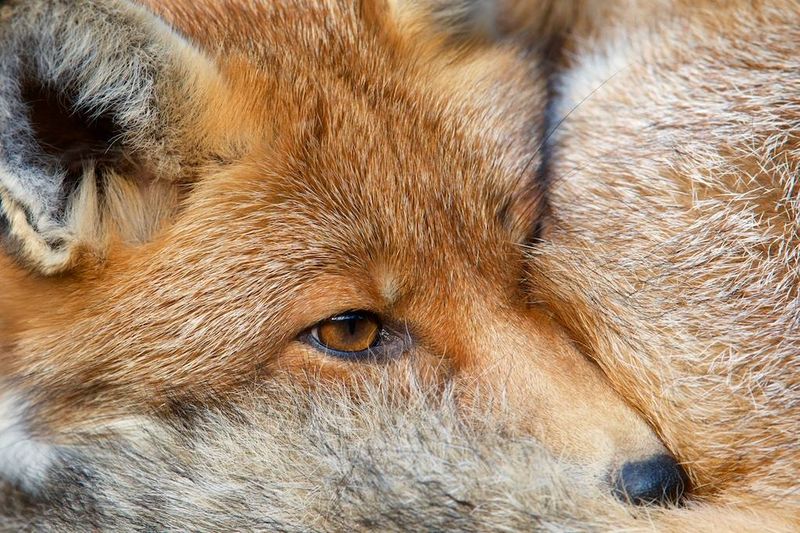 Words: The poem above is from The Terrible Stories by Lucille Clifton (BOA Editions,  1996). All rights reserved by the authors.

Pictures: The photographs are by Richard Bowler, All rights reserved by the artists.