Monkey King, or known to the Chinese old and young as Xi You Ji (Journey to the West), is one of the renowned classical Chinese novels dated back some four hundred years ago, the other three being Shui Hu (The Water Margins), Hong Lou Meng (Dream of the Red Mansion), and San Guo (Romance of Three Kingdoms).

Monkey King is based on a true story of a famous monk, Xuan Zang of the Chinese Tang Dynasty (602-664). After a decade of trials and tribulations, he arrived on foot to what is today India, the birthplace of Buddhism. He was there for the true Buddhist holy books. When he returned, Xuan Zang translated the Sutras into Chinese, thus making a great contribution to the development of Buddhism in China.

Monkey King is an allegorical rendition of the journey, mingled with Chinese fables, fairy tales, legends, superstitions, popular beliefs, monster stories, and whatever the author could find in the Taoist, Buddhist, and Chinese popular religions. While average readers are fascinated with the prowess and wisdom of the Monkey King, many reviewers agree that the protagonist embodies what the author tried to convey to his readers: a rebellious spirit against the then untouchable feudal rulers.

The monkey is indeed rebellious. He was, according to the story, born out of a rock, fertilized by the grace of Heaven and Earth. Being extremely intelligent, he has learned all the magic tricks and gongfu from an immortal Taoist master. Now he can transform himself into seventy-two different images such as a tree, a bird, a beast of prey, or an insect that can sneak into an enemy's body to fight him or her inside out. Using clouds as a vehicle, he can travel 108,000 miles at a single somersault.

He claims to be The King in defiance of the only authority over the heaven, the seas, the earth and the subterranean world -- Yù Huáng Dà Dì, or "The Great Emperor of Jade." That act of high treason, coupled with complaints from the masters of the four seas and the Hell, incurs the relentless scourge of the heavenly army. In fact, the monkey has fought into the ocean and seized the Dragon King's crown treasure: a huge gold-banded iron rod used as a ballast of the waters. Able to expand or shrink at his command, the iron rod becomes the monkey's favorite weapon in his later feats. The first test of its power came when the monkey stormed into hell and threatened the Hadean king into sparing his and his followers mortal life so that they all could enjoy eternity.

After many showdowns with the fearless Monkey King, the heavenly army have suffered numerous humiliating defeats. The celestial monarch has but to give the dove faction a chance to try their appeasement strategy—to offer the monkey an official title in heaven with little authority. When he has learned the truth that he is nothing but an object of ridicule, the enraged monkey revolts, fighting all his way back to earth to resume his original claim as The King.

Picture courtesy of China-on-site.com, which has a wonderful Monkey King cartoon.

Eventually, the heavenly army, enlisting the help of all the god warriors with diverse tricks, manages to capture the barely invincible monkey. He is sentenced to capital punishment. However, all methods of execution fail. Having a bronze head and iron shoulders, the monkey dulls many a sword inflicted upon him. As the last resort, the emperor commands that he be incinerated in the furnace where his Taoist minister Tai Shang Lao Jun refines his pills of immortality. Instead of killing the monkey, the fire and smoke therein sharpened his eyes so that he now can see through things that others can not. He fights his way back to earth again.

At his wit's end, the celestial emperor asks Buddha for help. Buddha imprisons the monkey under a great mountain known as Wu Zhi Shan (The Mount of Five Fingers). The tenacious monkey survives the enormous weight and pressure. Five hundred years later, there comes to his rescue the Tang Monk, Xuan Zang, whom we mentioned at the beginning of the story.

To make surethat the monk can make for the West to get the Sutras, Buddha has arranged for Monkey King to become the monk's escort in the capacity of his disciple. soon on their way to the west, two more disciples, also at the will of the Buddha, join their company. One is the humorous and not uncourageous pig transgressed from an inebrious celestial general for his assault against a fairy; the other a sea monster who also used to be a celestial general now in exile for a misdemeanor.

The party of four was further reenforced by a horse, an incarnation of a dragon's son, start their stormy journey to the West -- a journey packed with actions and adventures that brought into full play the puissance of the monks' disciples, Monkey King in particular.

Permalink Reply by Carmen Elsa Irarragorri-Wyland on January 4, 2022 at 5:21pm

They even have a movie now, about him! 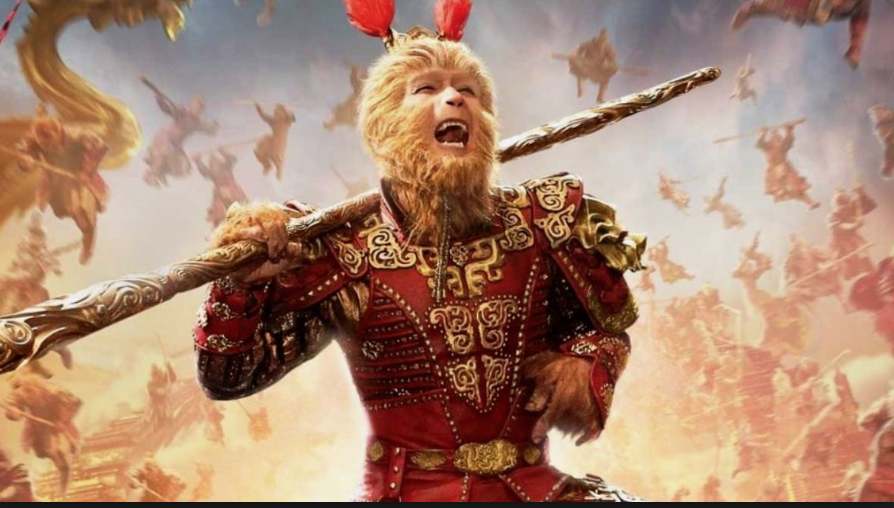 this story was televised here in the uk in numerous episodes some time ago. it became popular at the time.