There is a story about a flower which is well known in the Zen circles. One day the Buddha held up a flower in front of an audience of 1250 monks and nuns. He did not say anything for quite a long time. The audience was perfectly silent. Everyone seemed to be thinking hard, trying to see the meaning behind the Buddha’s gesture.

Then, suddenly, the Buddha smiled. He smiled because someone in the audience smiled at him and at the flower. The name of that monk was Mahakashyapa. He was the only person who smiled, and the Buddha smiled back and said, “I have a treasure of insight, and I have transmitted it to Mahakashyapa.”

That story has been discussed by many generations of Zen students, and people continue to look for its meaning.

To me the meaning is quite simple. When someone holds up a flower and shows it to you, he wants you to see it. If you keep thinking, you miss the flower.

The person who was not thinking, who was just himself, was able to encounter the flower in depth, and he smiled.

That is the problem of life. If we are not fully ourselves, truly in the present moment, we miss everything. When a child presents him/herself to you with a smile, if you are not really there—thinking about the future or the past, or preoccupied with other problems—then the child is not really there for you. The technique of being alive is to go back to yourself in order for the child to appear like a marvelous reality. Then you can see him/her smile and you can embrace him/her in your arms.

I would like to share a poem with you, written by a friend of mine who died at the age of twenty-eight in Saigon. After he died, people found many beautiful poems he had written, and I was startled when I read this poem. It has just a few short lines, but it is very beautiful:

Standing quietly by the fence,

You smile your wondrous smile.

I am speechless, and my senses are filled

by the sounds of your beautiful song,

I bow deeply to you. 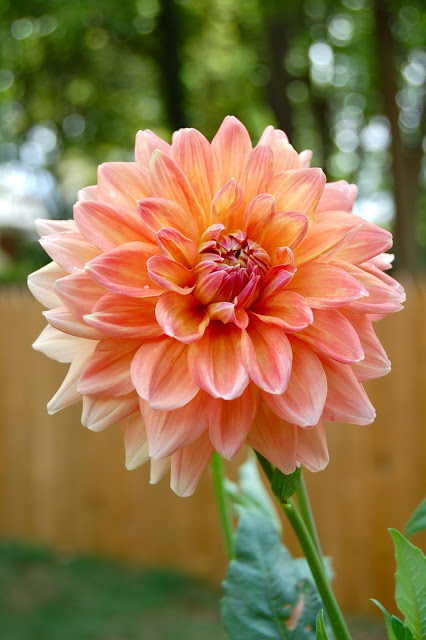 “You” refers to a flower, a dahlia. That morning as he passed by a fence, he saw that little flower very deeply and, struck by the sight of it, he stopped and wrote that poem.

I enjoy this poem very much. You might think that the poet was a mystic, because his way of looking and seeing things is very deep. But he was just an ordinary person like any one of us. I don’t know how or why he was able to look and see like that, but it is exactly the way we practice mindfulness. We try to be in touch with life and look deeply as we drink our tea, walk, sit down or arrange flowers. The secret of the success is that we are really ourselves, and when we are really ourselves, we can encounter life in the present moment.

May be Nikola Tesla would have been able to look and hear in that way? In the Interview he also speaks of the music of the spheres and the symphony on earth.

love dahlias thanks for sharing this very interesting information