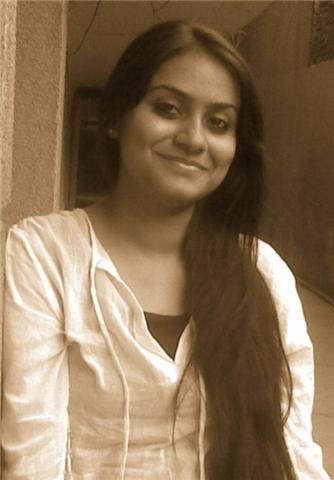 'The way of peace is the way of love.
Love is the greatest power on earth.
It conquers all things.'

The night descends and she sits, crouched in a corner of a forlorn shack. Her cheeks gleaming with tears, her mouth parched, her stomach hungry. Orphaned, distraught, a little girl…

Dear Colleague,
The recent use of chemical weapons in Syria (by whatever faction - government or armed opposition) has increased tensions within Syria and its wider region.  There are real possibilities of an escalation of armed conflict unless creative steps for conflict resolution are taken both by governments and civil society as structured in Non-governmental…
Continue

A Tide Of Positive Change

To Kill Your Demons

What Is a Warrior?

ANYONE WHO IS INTERESTED in hearing the dharma, anyone who is interested in finding out about oneself, and anyone who is interested in practicing meditation is basically a warrior. The approach of cowardice is looking for some tremendous external help, whether it comes from the sky or from the earth. You are afraid of actually seeing yourself; therefore you use spirituality or religion as a seeming way of seeing yourself without looking…

NO TO HATE CRIMES, INTOLERANCE & VIOLENCE

I am dragging something out of my poetry closet to share (again) with each and all, a small contribution in words to healing the harm brought on by one arrogant fool. Let us all pray together for peace, understanding, and unity in diversity that reveals us as both one and many. -david

All tongues
that have hymned…

As we travel through this life,

we should step softly. Leaving

precious footprints as we go.

in the sands of time'

As we look out over the sea of

hand to the needy. Wrap strong

arms around them., embracing

Strive to bring peace and harmony

to all men. Ban together as a people,

Please do not morn for our dear

his mission on earth is finished

but his journey is just beginning.…

Dreams of
a lifetime
crashed,
vanished,
caused by
a roaring
thunder.

Falling
around
her feet
lying in
pools  of
tears
freshly
cried.

remain
forever
etched
on the
pages of
her heart.

Eons
flashed
the past
came
rushing in,
his face
appeared
over and
over again.

A silver
cord
stretched
to the
point…

Whilst the wind blows

reflecting on their own monologues

knowing more than they say

what their contents is

But who knows what words…

This site that Eva has started has such a diverse group of people all driven by the same goal....Peace......

I believe that the Golden Rule is a great place to start...written nearly exactly in all religions....

also known in some form by all Indigenous Peoples of this Planet....it is part of what I call

The Universal Truths....that have been picked up all through the ages.....

Be a Golden Ruler....and apply it to all the miracles you encounter…

I say thanks to those of my friends and fans, specially to Christy John, Kathy Bell and others who have always been supporting and encouraging me to go ahead to get the targetted global peace to meet by promoting my SAYS which are found in poetic forms... I 'm really nothing without my friends whom I consider my true cousins being the children of Adam's family... Sure, I will also be adding my new poems and ideas here in this site but this message only relates to those who are closer to my… I am part of your dreams

your smiles are soul tingling

with my open eyes
__


*****
NOTE:- Smile counts a lot and I strongly believe that if the smile is a bit friendly, it may bridge up the distances between far living hearts. So instead of occupying the… Continue

when I close my eyes

I can see you

as I live again

in my elusive dreams

in my way to sleep when I open my eyes

I go on to stray with

we are with a question and we are never tired

I could not find myself

since I got lost in the desert of life

I find better to sink

in blues of your eyes

my ways of love

I can go on with

till I get my solicited… Continue

when she stares at me

as she is with amazement

and wants me to find

I know where I stand

when she is with questions

where I can be?

and where I am? There is a scene in Bram Stoker’s Dracula which is, for me, the most frightening. It is not a depiction of the vampire’s infernal, blood lusting eyes, of the vampire’s gore dripping fangs and death mask fixation, or even of the vampire vertically scaling the wind tortured, towering walls of Castle Dracula in guise of a biomorphic demon, at once inhuman and reptilian. The situation of ultimate, paralytic terror is one in which the nosferato, the unnatural fiend, enters a room silently through a… Continue