They are destroying our ocean, it will be dead at the rate it is going. They have no right, so an accident happen, clean it up, or let those who want to do it, but to hinder, that is a great sin. They have no right to do the thing they do, to control us, it's not right, to lie to people so they hate each other, to keep the human world in such a state of upset, it wrong, so wrong. Humanity was coming together due to the net, they were making friends around the world, loving one another, it's our time to evolve, not to fight and fight and hate, it's wrong to do this to us, lets hate the Americans, the Europeans, the Africans, I believe the Chinese people should be free to grow and create they don't need the government they have, and if they were free, Tibet would be free, lets not talk about what they did to our native brothers and sisters, it's like they don't exist, how have we allowed this to happen to us, we were given the right to be free, the creator gave it to us, but most of humanity don't even know it, they can not control us, we let them, by our fears of each other for one, we are all the same, except for the difference in color and appearance. Come on, it would be boring if we all looked the same, women would not dream of handsome men, not like themselves, who sparks their passion, no passion, no humanity. I love this world, with everything in me, my dream if for the rest of the world to be free like America 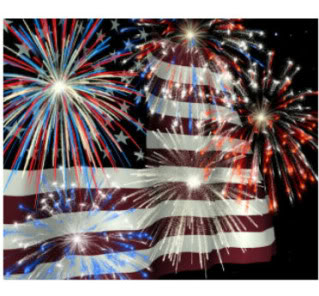 , where people can dream and create, where we make a world of love and peace, I'm not saying we may not have to fight, we don't know what the future holds. Once we advance to that next level, we don't know what it would hold, and I bet. It may not have war like now, but A challenge for us to over come, who says the next level is the end. I rather reach for the stars myself than have someone tell me what stars to reach for. Happy Fourth of July World!

Comment by Chantelle on July 7, 2010 at 4:23am
It starts witht he desire to have someone else handle it, someone else make the decisions please, It starts by giving away our right to choose, giving away our power, giving away our selves until we can't even recognize us anymore. It 's time to take ownership, to take responsibility for the brain, the heart, the soul each of us is given. It's time to think about how best we may serve this earth of ours for by doing so we take care of ourselves. No longer are we free to allow someone else to make the decisions. We must not be afraid to lead for leading is not ordering, leading is listening for by listening we discover the direction that the speaker needs to go. Each of us is the leader for the other.