Hundreds of thousands of Poles lined the streets of Warsaw as the body of President Lech Kaczynski returned home from guardian.co.uk on Russia"">Russia, where he and scores of guardian.co.uk on Poland"">Poland's political and military elite were killed in a plane crash.

Stunned by the country's worst tragedy since the second world war, onlookers waved the national flag and threw flowers on to the hearse as it slowly travelled the six miles from the
military airport to Warsaw's presidential palace.

Kaczynski's coffin, draped in the Polish flag, was met at the airport by his daughter Marta, who also lost her mother, Maria, in the crash. She was
with the president's twin brother, Jaroslaw, the country's acting
president, Bronislaw Komorowski, and the prime minister, Donald Tusk.

As the late president lay in state at the palace, Russian air accident investigators gave their initial findings of the cause of the crash,
which claimed 96 lives, including the head of the national bank, the
leaders of all four branches of the military, the head of the Olympic
committee, several champions of the country's struggle against communist
dictatorship, historians and civil servants.

The investigators said there was no evidence of technical failure on the 26-year-old Tupolev 154 and blamed pilot error.

Deciphered recordings of conversations between the pilot and air traffic control on the ground in Smolensk did not indicate any problems in the crucial few seconds
before the crash, Alexander Bastrykin, the head of the Russian's
prosecutor's office, said.

"We have deciphered the tape reel and conducted a preliminary analysis. We will look in more detail in Moscow, but I repeat: the recording that we have confirms that there were no
technical problems with the plane," he said. "The pilot was informed
about the difficult weather conditions, and yet he decided to make the
landing."

But speculation was rife that the president's own entourage might have insisted the pilot continue the flight, despite orders from Russian air traffic control for the plane to land in Minsk
or Moscow due to the bad weather conditions in Smolensk.

The high-profile delegation was on a tight schedule on Saturday to attend a memorial service for the 70th anniversary of the Katyn massacre.
Kaczynski was known for his assertiveness towards pilots who had flown
him on official business in the past.

In a widely reported case in 2008, he flew to Tbilisi in his presidential plane during the war in Georgia. When his pilot refused to land in the Georgian capital,
insisting it was too dangerous to do so, Kaczynski reportedly entered
the cockpit and tried to change his mind. The pilot refused, and the
party landed in the Azerbaijani capital of Baku, and was forced to
travel the remaining stretch to Georgia by car over arduous mountain
roads. Attempts were subsequently made to sue the pilot for failing to
obey orders, but the case was thrown out by prosecutors.

The former Polish president Lech Walesa said it was too early to cast blame, but also suggested the pilot may have come under pressure from the
Polish president and his delegation to land, despite the severe fog
blanketing the approach to the airport.

Russian officials said 24 bodies from the crash had been identified. These were passengers whose bodies were not badly mutilated in the accident or had their passports
with them, they said. All bodies had now been brought to Moscow.
Forensic and criminal experts were trying to identify the others.

Relatives of the victims arrived in Moscow tonight to help with the process of identification. Russia's prime minister, guardian.co.uk on Vladimir Putin"">Vladimir Putin, who is heading a
government commission to investigate the crash, told Polish TV: "This is
a horrible tragedy – 96 people have died. This is first of all the
tragedy of Poland and the Polish people. But this is our tragedy as
well. We are grieving together with you. Our hearts go out to you."

Thousands of people stood silent in the streets of Poland’s cities Sunday, in a silent memorial to President Lech Kaczynski and the other
95 people killed in a devastating plane crash.

The two minutes of silence were preceded by the thundering pealing of church bells and din of emergency sirens for nearly a minute before everything faded away. In front of the presidential palace,
hundreds of people stopped what they were doing and stood, some with
their eyes closed and heads bowed.

Earlier, at the Field Cathedral of the Polish Army in Warsaw, hundreds gathered for a morning Mass and left flowers and written condolences. Among the dead were Poland’s army chief of staff, the navy
chief commander, and heads of the air and land forces, who were all
making the emotional trip to honour Polish officers slain by the Soviet
secret police in 1940 in and near the forest of Katyn in western Russia.

In Moscow, Russia’s transport ministry said that Russian and Polish investigators had begun to decipher flight data recorders of the aging Soviet-built Tu-154 airliner that crashed Saturday while trying to
land in deep fog in Smolensk, killing all aboard.

Russian officials had initially said 97 people were killed but revised the figure to 96. Poland’s Foreign Ministry also confirmed the figure.

Polish government spokesman Pawel Gras said that despite the loss of so many leaders, the country’s armed forces were operating normally, and all state offices were doing the same.

That the crash occurred near Katyn served as a stark reminder to Poland of the horrors of that place. Kaczynski and those aboard the flight were headed there to remember the thousands of Poles
systematically executed by Josef Stalin’s NKVD, the forerunner to the
KGB, in 1940.

Polish-Russian relations had been improving recently after being poisoned for decades over the massacre.

Russia never has formally apologized for the murders but Russian Prime Minister Vladimir Putin’s decision to attend a memorial ceremony earlier this week in the forest was seen as a gesture of goodwill toward
reconciliation. Kaczynski wasn’t invited to that event because Putin,
as prime minister, had invited his Polish counterpart, Donald Tusk.

In Warsaw on Sunday, one mourner, Boguslaw Staron, said he turned out to honour Kaczynski, “a great patriot.”

“He taught Poles how to respect our traditions, how to fight for our dignity, and he made he made his sacrifice there at that tragic place,” said Staron, 70.

Kaczynski, 60, was the first serving Polish leader to die since exiled World War II-era leader Gen. Wladyslaw Sikorski in a mysterious plane crash off Gibraltar in 1943.

The bodies of Kaczynski and his wife were expected in Warsaw by early afternoon, the Foreign Ministry said. Kaczynski’s twin brother Jaroslaw flew to Smolensk on Saturday evening and identified the bodies.

People also continued to stream to the stately presidential palace in Warsaw’s historic centre, where large sections of the street were blocked to traffic to allow the flow of people expressing their
grief. Mourners carried candles and roses and joined a long line to sign
a book of condolences in the palace.

Lech Walesa, the anti-communist dissident who went on to become Polish president, was among those who signed the book. A day earlier he called the crash the nation’s greatest misfortune since Katyn. “The
elite of our country has perished,” Walesa said.

Children also placed simple drawings and messages of mourning: “I love our president,” said one, alongside a picture of a human figure and a cross.

Polish television carried black-and-white montages of those killed in the crash and devoted nonstop coverage to the crash, including lingering looks at Kaczynski and his wife, Maria Kaczynska.

Besides Kaczynski, aboard the plane were the national bank president, the deputy foreign minister, the army chaplain, the head of the National Security Office, the deputy parliament speaker, the Olympic
Committee head, the civil rights commissioner and at least two
presidential aides and three lawmakers.

Some on board were relatives of the officers slain in the Katyn massacre. Also among the victims was Anna Walentynowicz, whose firing in August 1980 from the Lenin Shipyards in Gdansk sparked a workers’
strike that spurred the eventual creation of the Solidarity freedom
movement.

Polish and Russian investigators were examining the plane’s recorders, which will be key to the investigation because they contain crew conversations and flight data essential to determine the cause of
the Tu-154’s crash.

The Tu-154 was the workhorse of Eastern Bloc civil aviation in the 1970s and 1980s. Poland has long discussed replacing the planes that carry the country’s leaders but said it lacked the funds.

According to the Aviation Safety Network, there have been 66 crashes involving Tu-154s in the past four decades, including six in the past five years. The Russian carrier Aeroflot recently withdrew its
Tu-154 fleet from service, largely because the planes do not meet
international noise restrictions and use too much fuel.

The Polish presidential plane was fully overhauled in December, the general director of the Aviakor aviation maintenance plant in Samara, Russia, told Rossiya-24. The plant repaired the plane’s three
engines, retrofitted electronic and navigation equipment and updated the
interior, Alexei Gusev said. He said there could be no doubts that the
plane was flightworthy.

News of the crash left Poland reeling, grasping for answers.

“I was travelling on a plane last night and everyone was discussing the crash — why it happened and what comes next for Poland,” said Hanna Wojcik, 70, in Warsaw. “And everybody was saying that it is
some tragic fate for the nation that it loses its most valuable sons
near Katyn.” 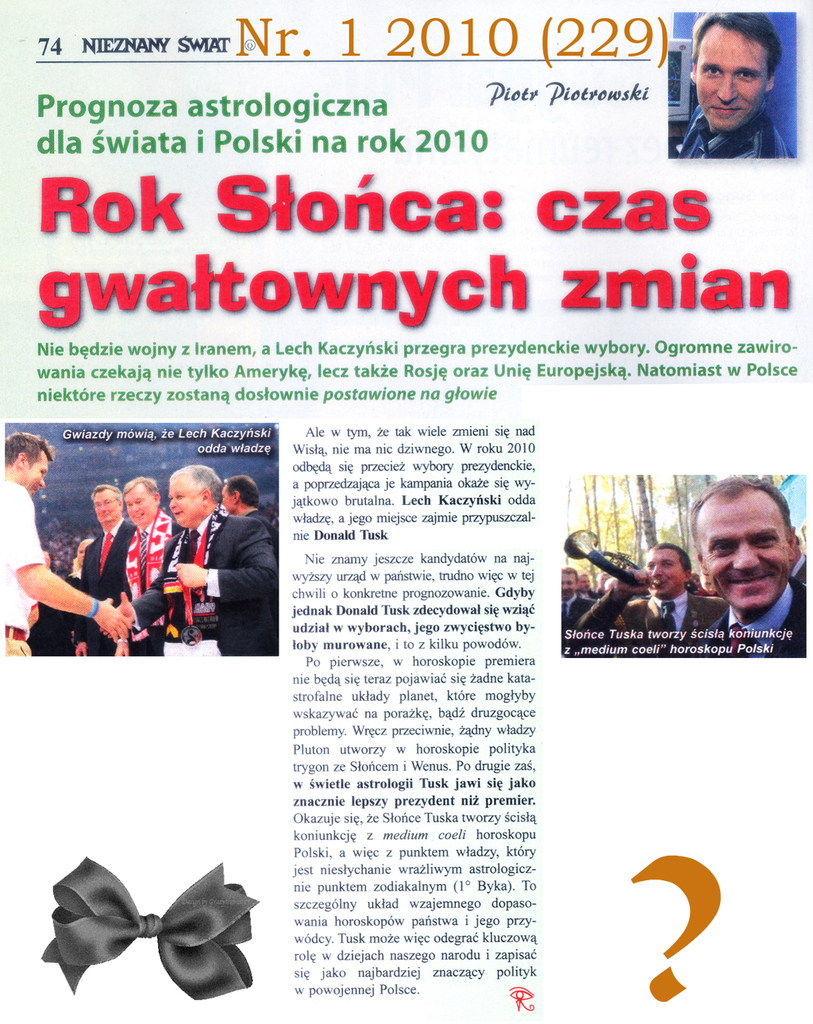 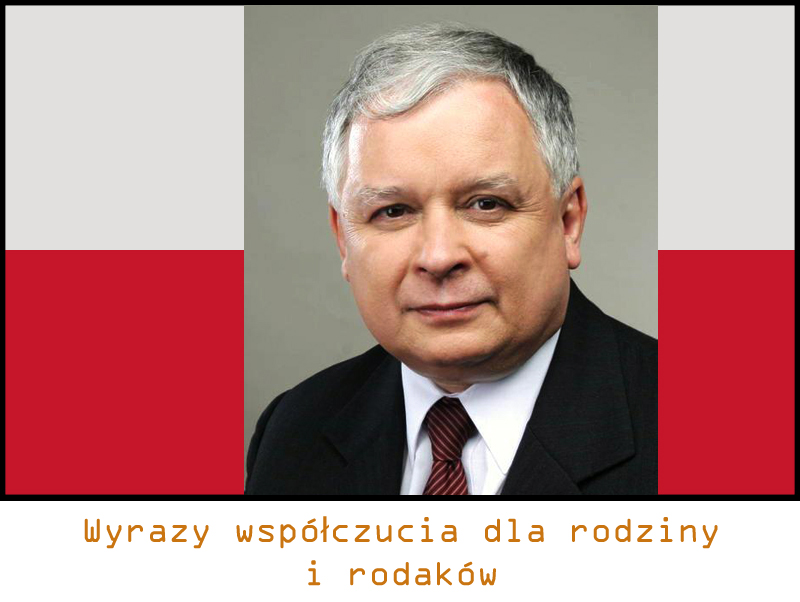