I will be discussing with Genii Townsend her book "The
City of Light - Sedona" covering some 34 visits she has made to the Embassy
of Peace, which is filled with hundreds of Space Entities, where she is able
to learn of the City and its coming fulfillment.

The prototype City of Light is holographic, and expected to
soon be lowered to the surface in Sedona, and it will be followed by another
2 elsewhere in the US. Eventually there will be a total of 14 Cities of
Light throughout the world. The purpose is to have all kinds of healing
technologies available, as all must be healed.

Frequent reference is made to 11.11.11 and referred to as a
Love Wave, and it has to come before the first City of Light appears. Genii
has been told that both equal love, representing the NEW WORLD coming into
being, like a planet reborn in the Universe exploding with Light, and it
will be so. Also that the 11.11.11 Love Wave is the closest prognosis as to
a time line, that has to happen first.

Commenting on Disclosure, her contacts at the Embassy of
Peace stated that there would be Disclosure, but no particular date as the
energy pattern fluctuates dramatically, and the entrance of the City of
Light frequencies interrupt the normal flow you are used to daily. It would
only take place on the 27th. December 2011 if all were in the projected time
line of Disclosure, and according to its effect on the City of Light. She
has also been told that the weather changes all over our planet is due to
the pre-City energy coming into our 3 dimensional atmosphere.

Genii is the City Embassy Emissary of Love, and expects at
some stage to talk of her work with President Obama who she is told holds
the Light, and also at the United Nations. Genii has spent 27 years involved
in this project, and only recently been given permission to announce her
mission of enlightenment.

I feel that this event is so important, that I am sending
out this advance information so that if you wish, you can buy the book prior
to the program. I feel that will make it more enjoyable and understandable.
Genii's website is: http://www.sedonalightcenter.org and her E.Mail address
thegeniiconnection@msn.com

This will be one of the most exciting programs I have taken
part in.

In Love and
Light. Mike Quinsey.

Comment by Eva Libre on August 20, 2011 at 1:52pm
Thank you for your information dear Sohiniben.

Please go with the link at the bottam..... 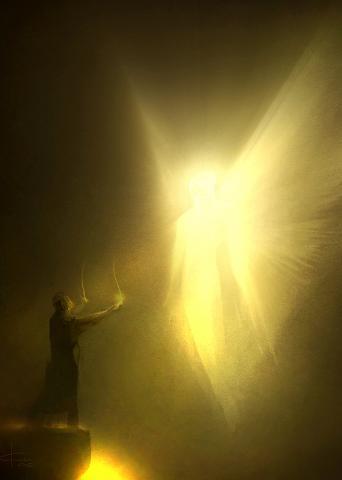