Spirituality as a Need in Life 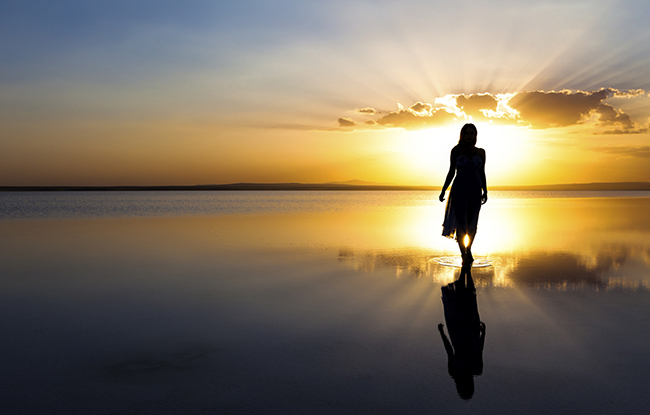 For as long as humanity has existed, there has been a constant necessity for a higher purpose. Ancient civilizations realized the relatively unknown forces of nature to be “divine” and “powerful,” and so they were revered with constant admiration and fear. Thousands of years ago, spirituality was everything humans had. It was the basis for entire civilizations, entire cultures. And while though they may differ between races, the concept is relatively the same. The concept of a higher power, an ascended level of consciousness, influences everything. Even to the basic of idealisms. Believing in the spiritual empowers nations as well as single individuals, though, seldom anyone truly understands it. Spirituality provides an unknown element to human understanding and why people choose to believe what they believe. Understanding spirituality as a need in life is known and unknown, difficult, yet simple. It only requires heart in  faith; to believe.

Since the great philosophers of ancient Greece, finding meaning to all existence has been a prolonged debate that nobody has ever truly provided a convincing definition. As humans, we challenge the boundaries of morality and for this reason; spirituality serves as a catalyst to understanding the meaning of life. What is considered wrong? What is right? Spirituality dictates that all actions in life are accountable, and so people will turn to a spiritual realm to guide their actions as justifiably wrong or right, thus leading to an inexact meaning to life itself. Understanding spiritualism leads to understanding the role each people may play in existence.

In dark times, people often turn to the heavens for any breath of salvation. A powerful commodity to spiritualism is having  faith. Faith provides comfort that there is someone always watching over us, and that everything will be alright. Hope is strongest when there is something to believe in. Believing in something greater than yourself proves that, it not only fortifies  faith, but it also encourages unrelenting confidence during a hopeless situation. Spirituality confirms that during a dark moment in any point of life, can drive out compassion from anyone, regardless if people don’t know each other. It is part of the human experience to embrace a sense of solidarity, comfort, and spirit to end or soften an unyielding pain.

Spiritualism can influence people to strive to be better for themselves and for others. Choosing to believe in something more than what is physically around you, can inspire a sense of  peace. Spirituality can inspire inner calm, inner  peace, and an overall positive outlook towards life. All of humanity is fallible, as a species we can be very destructive to each other and more commonly toward ourselves. We are fragile beings existing in a very stressful world. Believing in something spiritual is a prescription-free practice that can soothe shattered nerves, or uplift depressed consciousness. Spiritualism inspires the  peace  many of us often seek.

Spiritual people tend to have a more optimistic point of view of life. Everything is according to a grand plan that is individually bestowed upon everyone. And because of this belief, happiness is always present among those that are ready to accept spiritualism in any form. Regardless of any consequence, good or bad, great or small, everything is dictated as it should by a divine influence. Less worrying equates more  happiness, and more opportunity to enjoy life. Spirituality provides this comfort zone that encourages many to live life as it should be, worry-free. There is no direct control of life’s events, so the only remedy to relieve this powerlessness is to accept that it was meant to happen. As an old saying, “Whatever happens, it happens for a reason.”

Death is the final frontier to all life and the physical existence. Beyond it is completely unknown. Life after  death has captured interest since the first philosophers began questioning their own beliefs in deities and spiritualism. There is no factual answer to what lies beyond after life ends, but those that are unshaken by it can ascertain that there is something very rewarding after our lives expire. Having a strong sense of spirituality alleviates this fear of  death. In many cultures  death is seen as another necessary step of life. In some, it is an evolutionary step for the spirit, to ascend. Believing in something more after life comforts the unknowable frontier of death, and spirituality grants this belief by keeping a firm faith that death is only the beginning of our existence.

Well said Kerrin, I agree with You.

Pretty close to the bone. But there are much higher understandings than that around. Also, Spiritual knowings are under estimated.  As we earn our Spiritual knowing, it is given unto us. Once we know something there is no going back.   We must learn to wear our new suit of clothes.