The Analogy of the Seed 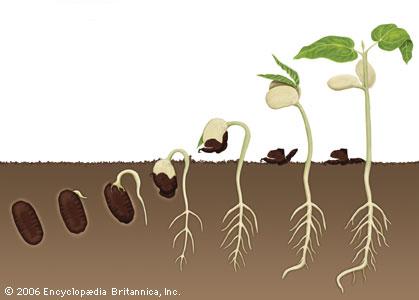 The Seed is plucked from a fruit from which it was spawned, to be left alone and dried. Not being aware of the path that lies before it, it just lies alone, drying up, losing it’s fluids, what seems to be all of it's "vital-ness". Then it's hopes are rejuvenated as some warm hand touches and gathers it. Thinking it is in for something better than being left alone to dry. And then with much shock and disappointment, it is then thrust into a Deep, Dark, Cold and Wet Hole and covered up. Thinking it's Life is over and it has been cast away, or being punished for some unbeknownst act, it lies quietly and accept it's perceived life ending destiny.

Little did the Seed know that there still was a Path to be traveled. As it lies there in Deep Dark Solitude, it is immersed in thoughts that vacillate from the despair of the Dark to the Dreams of a Wonderful Life of Old when there was Sunshine and Butterflies. It remembers the Warm and Gentle Spring Rains that allowed this Seed to fatten it's self with the nourishing fluids of life . . . Water. In that connection it becomes aware that the hole it now occupies is “moist” as well . . . just like the rains.

This Seed begins to reach for this memory of grander days . . . and . . . . it notices it has reached beyond it's boundaries . . it has sprouted! This simple act of reaching became this Seed's “Epiphany of Being”, for it realized with fervent assurance that life was not over. The Seed continued to reach, first to the side, and then it reached up. The more it reached, it realized that it was growing. It began to sense "warmth". Could it be ? Was that heat possibly the Sun, it's old Friend and Lover calling him to come and join Him once more. In excitement for all the possibilities that lay before, around and above him. the Seed reached with all due earnesty and diligence. Day by Day, Night by Night, it yearned for so much more. 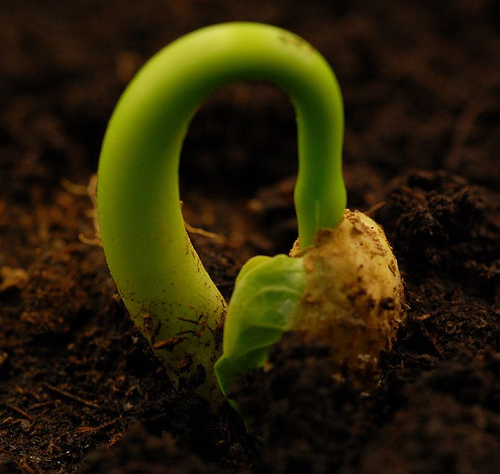 Then came the day that he, the Seed saw the first sliver of Light. It would not be Denied ! He pushed aside all the Dirt of it's askew memories and experiences. He had long forgotten the times he was alone left to dry up. The Joy of life that lay before Him was much too overwhelming to dwell on such dismal perceptions he had allowed himself to accept as His fate. He just kept on reaching. When he finally stood above the furrows that he once saw as his tomb he looked around and became aware of a community of others just like him. Though there were differences of characteristics, surely their journey was akin to that of his own. He looked up and saw that same old familiar Sun reaching down to embrace him once again with it's warm loving Rays of Hope. The seed became joyously happy. Needless to say, that this Seed went on to grow exponentially, yield many fragrant blossoms and much fruit. It also came to the realization that what it saw as it's dirty grave and impending death was the very thing that nurtured and thus spawned it's now graceful and magnificent being. When it, the Plant / Tree who was once but a lonely Seed looked upon it's self it saw many more Seeds that would have to endure the same metamorphosis. The Divine transcendence from apparent death to Abundant Life! We all "know" that Trees and Plants do not talk . . . don't we ?. . . but, in the careful observation of their cycle of life, we may learn what they are Teaching us.

The Analogy of the Seed