On August 17th, Chinese police opened fire on a group of Tibetans protesting the expansion of a Chinese-owned gold mining operation on their land. Sources have reported that four Tibetans were shot dead and thirty more injured in the violent attack.The group had been picketing the county government office in Palyul County, Kardze Prefecture in eastern Tibet (Ch: Baiyu Country, Ganzi Autonomous Prefecture, Sichuan Province) to protest the mine, which is destroying farmland and harming the local environment. Chinese police reportedly used 'incapacitating gas' to try and disburse the Tibetans, but when the group resisted, police opened fire.

Dramatic new photos obtained by RFA show Chinese security forces detaining up to 30 Tibetans in Shigatse after an anti-mining protest. On May 21st, local Tibetans in the U Yuk Sogchen sub-district of Namling Shigatse protested environmentally destructive gold mining activities which have affected their only sources of drinking water, grazing ground for cattle, and have brought an increasing number of Chinese miners to the region.

The protest took place after repeated appeals by Tibetans in Namling to the local authorities for an end to the hazardous gold mining. Dharamshala – Tibetans and supporters staged a die-in protest at the main Mcleod Square, Dharamshala this evening to protest mining in Tibet by Hunter Dickinson’s subsidiary Continental Minerals. The action is a part of the global campaign demanding Continental Minerals to immediately cease all mining operations at Shethongmon [Ch: Xietongmen] in central Tibet.

“We are here to call for the immediate withdrawal of HDI/Continental Minerals from Chinese-occupied Tibet.” said Tenzin Choedon, Program Director of Students for a free Tibet – India (SFT-India), “Under Chinese occupation, Tibetans are denied the internationally recognized right to determine the use of their own land and resources.”

The developments in the few years have raised huge concerns amongst Tibetans and Tibet support groups throughout the world. With a lot of junior mining companies engaging in mining operations in Tibet, it poses threat to the highly fragile ecosystem of Tibet, destroying vast regions of grazing land for animals, and polluting water sources.

Tibet has the source of 10 of its major rivers, including the Yarlung Tsangpo/ Brahmaputra, the Sutlej and the Indus. Most of the mining sites falls along these major rivers and its tributaries. Chemicals from the mining sites are released in these rivers, poisoning the water and has already shown its effect on the livestocks in Tibet.

“Almost 47% of the world’s population depend on the water sourced from the Tibet plateau and 3 of our major rivers comes from Tibet. If the mining in Tibet continues, we will have to suffer the consequences as well.” said, Kirti Kapoor, a student from Delhi University and a member of SFT-India , “Chinese government and the foreign companies involved in mining Tibet should be responsible for their destruction of not only the fragile ecosystem of Tibet but also for destroying the lifeline of almost half of the world population.”

In the past month, Tibetans in Tibet have successfully stopped mining operations at a mountain considered sacred by the local Tibetan community. Facing arrest, imprisonment, and even death, Tibetans in Markham County peacefully blockaded the main road leading to Ser Ngol Lo Mountain. Even when Chinese officials deployed hundreds of armed security forces to stop the the protest, the Tibetans vowed to stay to protect what is rightfully their land, and they ultimately succeeded in permanently closing the mine operations at that site.

Report on phayul.com states that - ‘the villagers of Gyama Township near Lhasa, Tibet’s capital, are protesting against a mining company that is carrying out a water-diversion project in upper Gyama region. The large-scale facility is being built to channelize water to the mining site. The pipes are laid across agricultural lands, which have been forcefully taken away from farmers without compensations. The mining has been going on in the upper hills of Gyama for nearly two decades. Toxic wastes dumped into Gyama Shingchu river resulted in the death of a large number of cattle last year.’

Students for a Free Tibet (SFT) works in solidarity with the Tibetan people in their struggle for freedom and independence. We are a chapter-based network of young people and activists around the world. Through education, grassroots organizing, and non-violent direct action, we campaign for Tibetans’ fundamental right to political freedom. Our role is to empower and train youth as leaders in the worldwide movement for social justice.

Permalink Reply by Lothar Seifert on August 27, 2010 at 10:06pm
Dear Eva, thank you for this article. It's terrible for the people of Tibet.

Permalink Reply by Qais M. Yousef on August 29, 2010 at 6:42am
So sorry, for the Injustice in our world !
The people will spend their life protesting to get their freedom.

Permalink Reply by Béatrice LATEUR LACROIX on September 6, 2010 at 11:22am 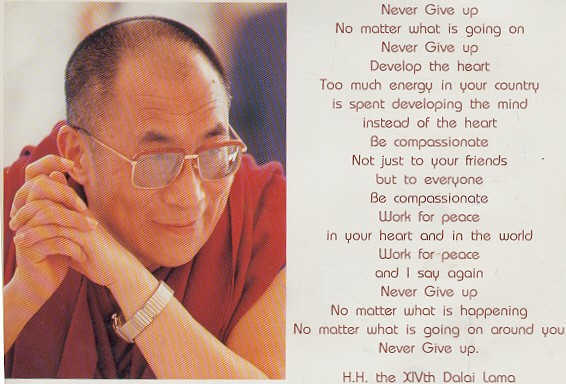 Prayers for Tibetan people.
Love and Peace for you and all Beings.