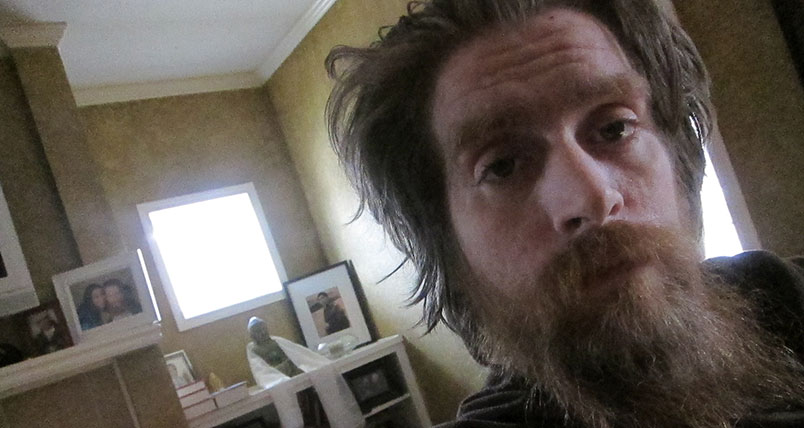 From: Tomas Young
To: George W. Bush and Dick Cheney

You may evade justice but in our eyes you are each  guilty of egregious war crimes, of plunder and, finally, of murder, including  the murder of thousands of young Americans—my fellow veterans—whose future you  stole.

I write this letter, my last letter, to you, Mr. Bush and Mr.  Cheney. I write not because I think you grasp the terrible human and moral  consequences of your lies, manipulation and thirst for wealth and power. I write  this letter because, before my own death, I want to make it clear that I, and  hundreds of thousands of my fellow veterans, along with millions of my fellow  citizens, along with hundreds of millions more in Iraq and the Middle East, know  fully who you are and what you have done. You may evade justice but in our eyes  you are each guilty of egregious war crimes, of plunder and, finally, of murder,  including the murder of thousands of young Americans—my fellow veterans—whose  future you stole.

Your positions of authority, your millions of dollars  of personal wealth, your public relations consultants, your privilege and your  power cannot mask the hollowness of your character. You sent us to fight and die  in Iraq after you, Mr. Cheney, dodged the draft in Vietnam, and you, Mr. Bush,  went AWOL from your National Guard unit. Your cowardice and selfishness were  established decades ago. You were not willing to risk yourselves for our nation  but you sent hundreds of thousands of young men and women to be sacrificed in a  senseless war with no more thought than it takes to put out the garbage.

I joined the Army two days after the 9/11 attacks. I joined the Army because our  country had been attacked. I wanted to strike back at those who had killed some  3,000 of my fellow citizens. I did not join the Army to go to Iraq, a country  that had no part in the September 2001 attacks and did not pose a threat to its  neighbors, much less to the United States. I did not join the Army to “liberate” Iraqis or to shut down mythical weapons-of-mass-destruction facilities or to  implant what you cynically called “democracy” in Baghdad and the Middle East. I  did not join the Army to rebuild Iraq, which at the time you told us could be  paid for by Iraq’s oil revenues. Instead, this war has cost the United States  over $3 trillion. I especially did not join the Army to carry out pre-emptive  war. Pre-emptive war is illegal under international law. And as a soldier in  Iraq I was, I now know, abetting your idiocy and your crimes. The Iraq War is  the largest strategic blunder in U.S. history. It obliterated the balance of  power in the Middle East. It installed a corrupt and brutal pro-Iranian  government in Baghdad, one cemented in power through the use of torture, death  squads and terror. And it has left Iran as the dominant force in the region. On  every level—moral, strategic, military and economic—Iraq was a failure. And it  was you, Mr. Bush and Mr. Cheney, who started this war. It is you who should pay  the consequences.

I would not be writing this letter if I had  been wounded fighting in Afghanistan against those forces that carried out the  attacks of 9/11. Had I been wounded there I would still be miserable because of  my physical deterioration and imminent death, but I would at least have the  comfort of knowing that my injuries were a consequence of my own decision to  defend the country I love. I would not have to lie in my bed, my body filled  with painkillers, my life ebbing away, and deal with the fact that hundreds of  thousands of human beings, including children, including myself, were sacrificed  by you for little more than the greed of oil companies, for your alliance with  the oil sheiks in Saudi Arabia, and your insane visions of empire.

I  have, like many other disabled veterans, suffered from the inadequate and often  inept care provided by the Veterans Administration. I have, like many other  disabled veterans, come to realize that our mental and physical wounds are of no  interest to you, perhaps of no interest to any politician. We were used. We were  betrayed. And we have been abandoned. You, Mr. Bush, make much pretense of being  a Christian. But isn’t lying a sin? Isn’t murder a sin? Aren’t theft and selfish  ambition sins? I am not a Christian. But I believe in the Christian ideal. I  believe that what you do to the least of your brothers you finally do to  yourself, to your own soul.

My day of reckoning is upon me. Yours will  come. I hope you will be put on trial. But mostly I hope, for your sakes, that  you find the moral courage to face what you have done to me and to many, many  others who deserved to live. I hope that before your time on earth ends, as mine  is now ending, you will find the strength of character to stand before the  American public and the world, and in particular the Iraqi people, and beg for
forgiveness.

Thank you Eva for posting this letter.  When I read it yesterday it brought me to the edge of tears.  I posted it on my Facebook, but am glad you have placed it here.  This single testimony reveals not only what is in the hearts of many but some of the terrible realty of war and the politics behind the US invasion of Irag.  Many do not want to face up to this and there remain unanswered war crimes.  But, honestly, we should all share the shame and feel some of the pain.  And what are the words and the pain of those words compared to the lived horror and suffering that war brings to those who are caught up in it?  Maybe in this one young man's perspective and approaching death we can all find cause for seeking and work toward a democratization of peace and compassion?

Thank you David for your attention. Positive thinking and desires may ease the pain of everyday reality.

Be brave young man, if you still live. If not, still be brave.

Rest assured that man is not really in control here, Bush and Cheyney are just doing what their position or role demanded of them. If they new a better way, they would have done it.

Mohamed Ali showed that we do not have to go fight and kill if we do not wish to.

God is great.    Understanding what God is; is the challenge.

I agree with You Kerrin Charles. - War is over if we really want it. -

Permalink Reply by Adolphus Francis Quintus Andradi on March 22, 2013 at 3:06am

Thank you Eva, let us bow our heads in silence for the Veterans all over the world. Bless you my beorherl

thank you for posting this Eva