Imagine there's no heaven, it's easy if you try
No hell below us, above us only sky
Imagine all the people living for today...

Imagine there's no countries, it isn't hard to do
Nothing to kill or die for, and no religion too
Imagine all the people living life in peace...

Imagine no possessions, I wonder if you can
No need for greed or hunger - a brotherhood of man
Imagine all the people sharing all the world...

You may say I'm a dreamer, but I'm not the only one
I hope someday you'll join us and the world will live as one

John: ‘Imagine’ is a song conceived in my head without melody. The first verse came to me very quickly in the form of a childlike street chant ‘da da da da da dee dee da dee da ee a eeeh’. The piano intro I’ve had hanging around in my head for a few years – the chords and melody followed naturally from this.

The middle eight was ‘conceived’ to finish off the song. I think it works as a song. Of course, there is always room for improvement – otherwise I wouldn’t make any more. The third verse came to me in an eight-seater plane. It’s a song for children.

Yoko: ‘Cloud Piece’: ‘Imagine the clouds dripping, dig a hole in your garden to put them in.’ This is not a piece of poetry. Poetry to me is nouns or adjectives. This is verbs. And you have to do them. These are all instructions and when you just do it, then you start to understand it.

John: ‘Imagine’ was inspired by Yoko’s Grapefruit. There’s a lot of pieces in it saying like ‘Imagine this’ or ‘Imagine that’. If you get a copy of Grapefruit and look through, you’ll see where I was influenced by her. ‘Imagine’ could never have been written without her. And I know she helped on a lot of the lyrics but I wasn’t man enough to let her have credit for it. So that song was actually written by John &amp; Yoko, but I was still selfish enough and unaware enough to take her contribution without acknowledging it. The song itself expresses what I’d learned through being with Yoko and my own feelings on it. It should really have said ‘Lennon/Ono’ on that song, because she contributed a lot of that song.

Alan White (drummer): Every song we did on Imagine, John would make us read the lyrics and insist that we understood the meaning of the song before started playing it. That had quite an impact for me.

Klaus Voormann (bass): When we played ‘Imagine’ and heard the lyrics, the possibility that this was going to be such a big song was apparent. It definitely was. I even thought I didn’t want to play on it because it was so amazing with just John playing piano. It was so true and honest. That would have been enough. I hope you’ve got a version of just John playing it.

Phil McDonald (engineer): ‘Imagine’ was one of the easiest tracks to record, almost all live, in a few takes. We mixed the track at Tittenhurst and Phil Spector added strings on top of the stereo tape in the USA.

Yoko: John and I were both artists and we were living together, so we inspired each other. And the song ‘Imagine’ embodied what we believed together at the time. John and I met – he comes from the West and I come from the East – and still we are together. We have this oneness and ‘the whole world would eventually become one’ is the sense that we will all be café-au-lait colour and we will all be very happy together. All these instructions are for people for how to spend eternity, because we have lots of time.

Yoko: ‘Imagine’ is a complete vision. A succinct bible of truth. It will start to unfold as you believe in it. The film? Well, it just happened naturally. I was well aware of the symbolism of everything – closing and then opening the shutters to le the light in. It’s rather personal, but I had a definite reason why I smiled at the end, in addition to loving being next to John. 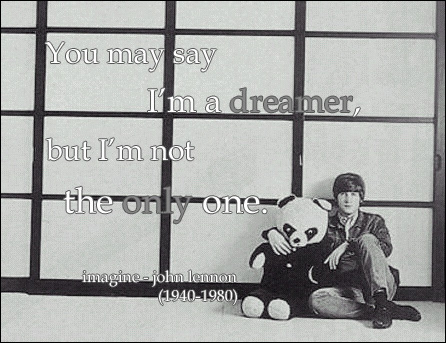 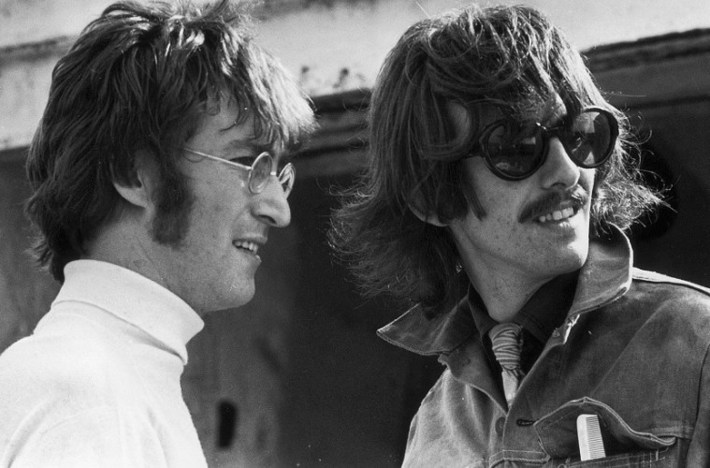