Success of Facebook in recent revolution in Egypt leads Palestinians to seek own cyber revolution. But will unique situation, intertwined problems stop revolution before it starts? 'Everybody is sick of situation. We want work; we want right to speak freely. We want freedom,' says one activist

The mass demonstrations sweeping the Middle East are touching the Palestinian territories, where West Bank and Gaza Strip activists are trying to organize their own "Facebook revolutions."

The Palestinian activists are inspired by the calls for democracy that toppled autocratic leaders in Egypt and Tunisia and threaten longtime rulers in Libya and Bahrain.

In recent weeks, activists using Facebook have brought hundreds of people onto streets of the West Bank, waving Palestinian flags and calling for change. Smaller gatherings have taken place in Gaza. The protesters hope to stage a massive demonstration in both areas on March 15.

Whether they can succeed is far from certain because of the unique situation of the Palestinians. In contrast to countries where crowds have rallied against a single, despised leader, the Palestinians face a series of intertwined problems, making it harder to rally around a common cause.

Palestinians seek an independent state in the West Bank and Gaza, areas wedged on different sides of Israel and ruled by rival governments. The Western-backed Palestinian Authority governs in the West Bank, where Israel's military still retains overall control. The militant Islamic group Hamas has ruled Gaza since 2007.

The Palestinian split has crippled efforts to negotiate an independent state from Israel. Repeated efforts to reconcile, including a Palestinian Authority proposal to hold new elections, have foundered.

The Facebook activists have divisions of their own. Some want the rival Palestinian governments to reconcile. Others demand they resign. Still others want to demonstrate against Israel's occupation.

Activist Hasan Farahat, 22, said there was enough common ground. "Everybody is sick of the situation. We want work; we want the right to speak freely. We want freedom," he said.

The governments see even the smallest demonstrations as a challenge to their rule.

On Monday, Hamas moved swiftly to break up a small demonstration in Gaza City where people called for Palestinian reconciliation. Hamas police arrested a protest organizer, seizing a tape from a German TV crew showing a security official slapping the man.

In previous protest attempts, Hamas security arrested activists and seized their phones and computers, according to the Gaza-based Palestinian Center for Human Rights.

The West Bank has seen about a dozen demonstrations, including two in Ramallah, where some 2,000 Palestinians demanded reconciliation. Others urged leaders to revoke interim peace agreements with Israel.

Permalink Reply by Genie on March 7, 2011 at 4:06am
Palestinians have a different hurdle than the rest of the Arab countries. The other countries had ( and have) Zionist govs but Palestine  is totally foreign occupied. Even Gaza and the West Bank. Don't forget that most of these people are refugees from their homes in what is called Israel by the forign occupiers.  Israel is losing key allies on all fronts while Iran has gained much strength  since the "war on terror" debacle of US/Israel. Israel has lost Turkey, Eygpt and Jordan will also be lost.  Israel was counting on Jordan being the new "Palestine" but that is gone. Israel has become a liablity to the interests of the west and the sun is shining on Iran. The US has to do business with whoever masters the region. The end is here for the outdated Zionist garrison in Palestine, we have only to wait and see how it plays out. I don't regard the leaders of Israel as sane characters and they have produced brainwashed citizens who don't even know where they come from or who they are. They think they are the Palestinians called Israelis! So, the Palestinians have only to sit it out a bit more. Take it slow, take it easy. Just a bit longer. We will not forget about them!

I pray/meditate for Pa;lestinians and all protagonists.

And I look inot myself to discover the part in me which is conflit to pacify it : the inner world is the source of the outer world. 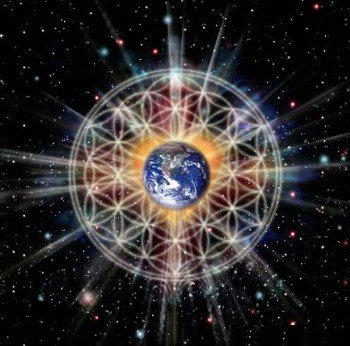