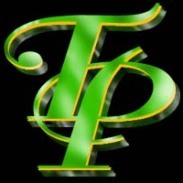 Sunflower
My best wishes to You for your birthday! May happiness and fulfilment be always be a part of your life.
From the Gift Store

Hi, I will stay in touch with you - I went to your website which is very impressive. I like the idea of collaboration with the Mill Valley Film Festival and yours. Even exchanging news of events, films, photo's etc. is a start. Best wishes always, and hope to hear from you soon.. We're for all to assist each other world/universe-wide as a friend by the Grace of Almighty HIM Who is in everywhere to everyone for the greater interest of Humankind +environment ( HIS Creation). So I'm for all to assist all of you as my dignity given by Almighty.... pls share what can we do together to establish PEACE-TRUTH-UNITY-FRIENDSHIP+LOVE to each other. Thanks again everyone.......

May this year which begins for you offers you eve more than you hope and imagine.

Hi, I just read about what you do and wanted to say congratulations! We have much in common. I'm on the beginning side - meaning, I've written many scripts, and have filmed different topics similar to yours. The next stage is to produce and let the world in on my perceptions. For the past 7 years, I've worked for the Mill Valley Film Festival, Mill Valley CA and the past four years, have been the Q&A photographer, Merchant Window Contest photographer,  Children's Film Festival photographer, and many other events. As you know from your experiences, these festivals play an important role for the film enthusiasts. These films open  doors and windows into the hearts and souls of the world. Below is a list of just a few films I photographed, the website headed and the web address. Please feel free to contact me, and good luck with 2012.

Red Ribbon
From the Gift Store