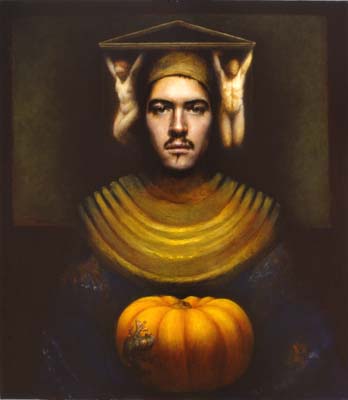 Maya Kokocinski Molero was born in Chile in 1970. She is the daughter of the painter Alessandro Kokocinski and of the actress Prudencia Molero. Though her childhood was seeped in art, her interest appeared to be drawn towards archaeology, psychology and palaeontology. However, a sabbatical year in London before starting university opened her eyes to her true vocation for art. But the academic teaching in London did not fully convince her just as she never believed that art should start from zero, neglecting the past. She thus rediscovered her roots, the painting of the Masters, the passion for traditional technique and from being a conceptual artist became a painter. Her interests are focused on the human being: faces, bodies, portraits, gazes. They are not hyper-realistic renderings, but psychological analyses, a reflection of sentiment and existential restlessness. Maya Kokocinski Molero has taken part in several collective exhibitions, among which “Un mondo di immagini per chi immagina il mondo”, Giffoni Film Festival, 2003; “Inchiostro Indelebile – impronte a regola d’arte” Macro ex-mattatoio, Rome. 2003. Her one-man exhibitions include those at Studio Merlini-Storti (Rome, 2003), at the Lotus Lifestyle Gallery, (Bangkok, Thailand, 2004), at the Italian Cultural Institute (Brussels, Belgium, 2005). 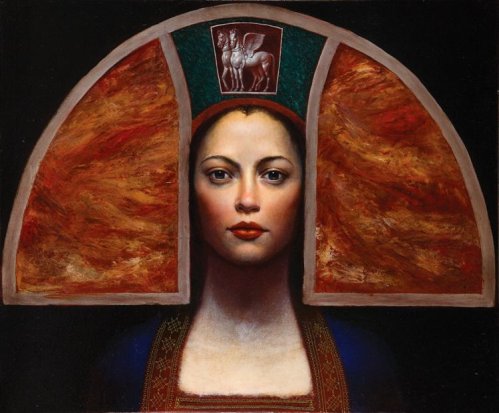 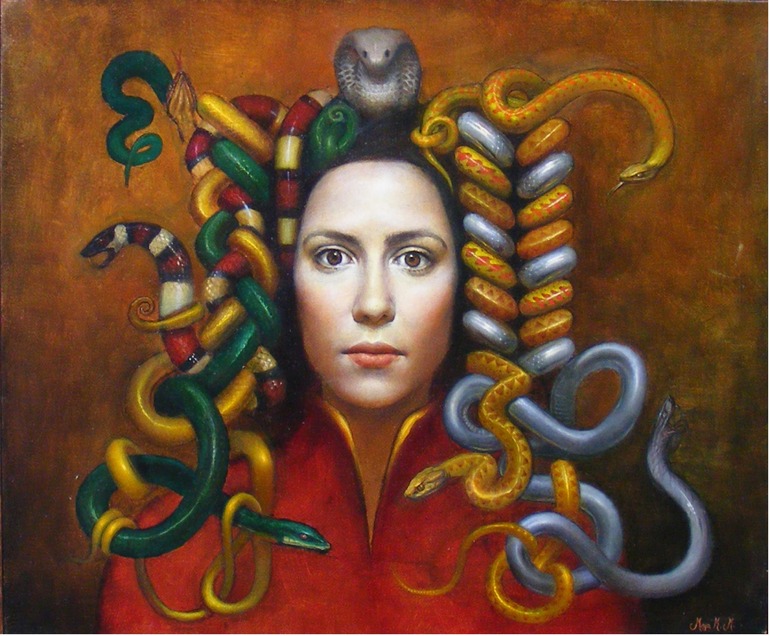 What a beauty in those portraits ! And the symbolic is very present.

Thanks for sharing, Eva.

Love and Oeace for all Beings.