The UN will decide on the request of Abbas

Palestinian President Mahmoud Abbas will on 23 September 2011 at the UN General Assembly debate in New York apply for full membership as a State of Palestine to UN Secretary General Ban Ki Moon. The admissions process is clearly defined: First, give at least nine of the 15 members of the Security Council green light for an application - including all five veto powers, the USA, Russia, China, France and Great Britain. Subsequently, the General Assembly approve the inclusion of a two-thirds majority.

Decades of struggle for independence

"Bilahdi, Bilahdi - My homeland, my homeland," says the Palestinian national anthem, which existed long before a state was in sight. 40 years been fighting the Palestinians for their independence, 20 years, she unsuccessfully negotiated with Israel. Now they want to apply for recognition of the free state of Palestine to the United Nations. "End the occupation!" says Nasser Laham, chief editor of a multimedia message sender is. "We deny ourselves. We will not be the slaves of the Jewish state." "Israel is a superpower," says Shawan Jabarin of the human rights organization Al Haq. "The Palestinians have nothing. And yet, all states and countries exert pressure on the Palestinians to abandon and to give more. What we have to give yet?" 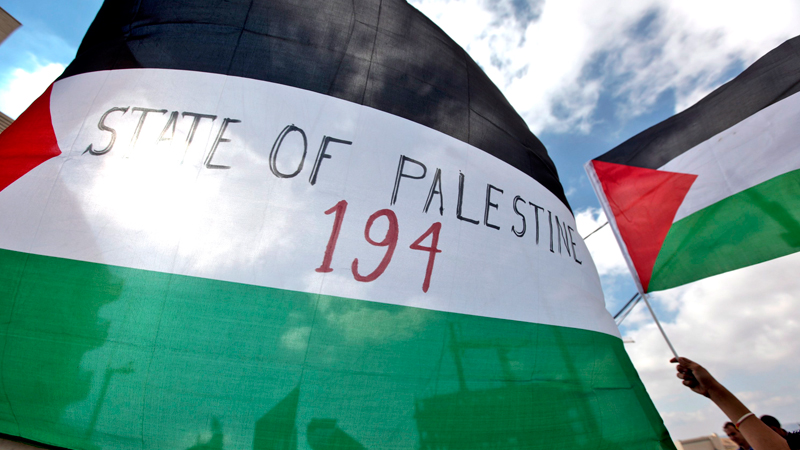 "Jester and satirist claim that we have broken a record in the Guinness book," says the bookseller Munther Fahmi. "So often we have already declared a state. But this time, with a recognition of the UN, it would have a different value." In Palestine, but Israel annexed East Jerusalem Munther Fahmi has a bookshop. There is probably not a book about the Israeli-Palestinian conflict, which he did not have it in stock, but they are anything but dry history books. "This is still great!" said the bookseller. "It's called 'The press department of the Hezbollah wishes you a Happy Birthday' Or:. 'Hamas for beginners' or 'Hamas for stupid '."

A Palestinian state would be for Munther Fahmi much more than just a national concern. Born in Jerusalem, he goes as a young man to study in the United States. When he comes back, he refused a residence permit in Israel of his own city, it is only a tourist visa. His case made headlines. Israel's star writers Amos Oz and David Grossman put up for him. "I am a citizen of Jerusalem," says Munther Fahmi, "born here, grew up here, and then they took me the right to live here. If the UN accepts our right to a state, then Israel will steal from that State no longer a country. The Palestinians have suffered for so many years. They no longer want. They want to live like other people also. " 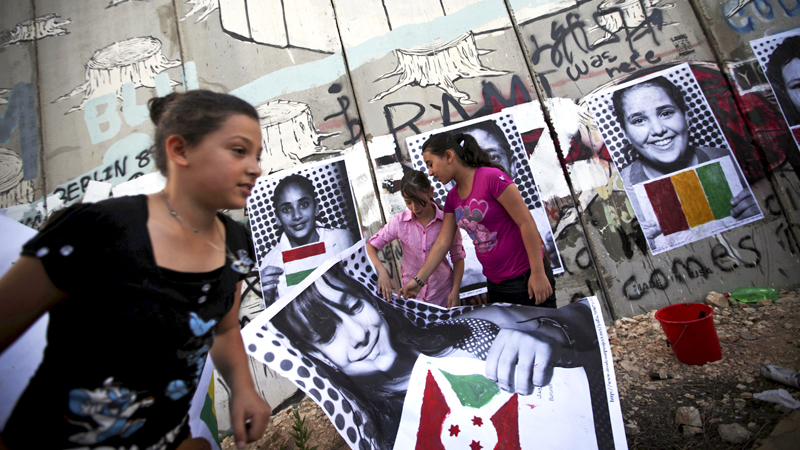 In Bethlehem in the West Bank live news editor Nasser Laham. He grew up in a crowded refugee camp. There, he opened 20 years ago a small, local private stations. Today he is a media empire for Palestinian relations. Every night Laham sends a press in which he translates Israeli media from Hebrew into Arabic, commented and often sharply criticized.

Laham called in German "Der Kämpfer", in English "The Fighter". After more than 44 years of occupation, he says, Palestine must take their destiny into their own hands. "In the Palestinian leadership, it was an extremely hard, internal debate: If we use violence?", Laham asks, "Bombings in Tel Aviv? Or we turn to the UN? The peaceful approach of President Abbas has won: We are working to the UN. The squaring of the circle just is not working. Since 2005, Abbas waits for a response to Israel's negotiations. We are stuck. Negotiations, we have given up. Israel wants us no state wants to give us no freedom, but we need to experience this freedom in our souls. "

Never was the dream of "Mr. Palestine," the dream of Yasser Arafat a Palestinian state was so close to it, to become reality as it is today. Shawan Jabarin heads Al-Haq, the leading Palestinian Organization for Human Rights. Nobody wants it in his seminars in the head, that not everyone uses a two-state solution for Israel-Palestine, and dozens of other countries, notably the U.S., put pressure on the Palestinians to turn to opt out of the UN. "The question is: Why?" says Shawan Jabarin. "Who are the Palestinians turn then? On Iran? Or where and why they do not want a UN resolution? This corporate body is respected and creative. Relate to each agreement, human rights and international law, come from the UN. Where should we going? If they do not want us to apply international law, what law then? Do they know that we ever afford resistance? " The attitude of the international community is a double standard that my almost all Palestinians, beyond the infamous wall, behind which Israel keeps them locked up: "Yes" to the right of Palestinians to a state, but a waiver to compel Israel, finally, the settlement policy and the land grab to make an end. But there besides perpetual occupation and two-state solution is a third option. "This solution is one state for two peoples," said Shawan Jabarin. "In a democratic country you can find the answers to all questions." And bookseller Munther Fahmi said: ".. Our two peoples have so much in common, we can not escape from - starting with the Joint Economic. There is so much that ultimately would benefit the two peoples, if they would live in a binational state."

"This is nothing but fantasy," says Nasser Laham opinion. "Furthermore, I would never negotiate. End, but I did not order one, two, three or six states. I am talking solely about freedom." In the coming days or weeks, the UN will decide on the Palestinian request. It is clear that the decision will bring years of stalemate, a new movement in one of the oldest conflicts in the world.