The Art of Nonviolence: Winning China Over to Tibet’s Story

With the possible exception of the island nation of Taiwan, never in its more than 5,000 years of history has China’s imperial throne met a match like that of Tibet. The Mongols, on whose mighty imperial enterprise communist China lays its claim of legitimacy to rule the minorities, are now a people divided in two. Chinese settlers’ demographic assault on the traditional grazing grounds of the Mongols goes on at a ferocious pace. The Manchus, another nomadic people, who whipped China into its present imperial shape and size, are so totally assimilated into the mainstream that they are indistinguishable from the Chinese who they ruled from 1664 to 1911. Today at the last count only about twelve ageing Manchus can speak the language. The Uighurs of Eastern Turkestan, or what the Chinese call Xinjiang, are politically and militarily suppressed and, like other minorities, demographically flooded by Chinese settlers.

Tibet grapples with all these problems faced by China’s other minorities. The Tibetans, like the Mongols and Uighurs, bristle under Beijing’s subjugation and have been doing so for these last sixty years. However, in all three regions, China has not succeeded in either snuffing out their separate identities or winning their loyalty. On the contrary, resistance, violently in Eastern Turkestan and non-violently in Inner Mongolia and Tibet, is growing. The recent prolonged and peaceful protests in Inner Mongolia, the outburst of violence in Eastern Turkestan and the fiery death of 19 Tibetans out of a total of 26 who self-immolated in eastern Tibet are clear indication that the minorities in these regions are deeply unhappy with the nature of Beijing’s brutal rule over them.

The Mongols of Inner Mongolia, the Uighurs of Eastern Turkestan and Tibetans in Tibet are served by active exile communities in the free world. In the case of the Tibetans, they are served by an organized and productive community, mainly based in India, that has preserved the values of the Tibetan Buddhist civilization and successfully promote these in the larger world. His Holiness the Dalai Lama has empowered and truly liberated his people by persuading them to elect their political leader. This event will resonate far beyond the Tibetan people and into the hearts and minds of the Chinese who will one day want the same gift of democracy to decide who they want their leaders to be. At the same time the Tibetan exiles maintain and run an education system that produces successive generation of teachers, doctors, writers and social activists and professionals in other vital fields. They are all committed soldiers in Tibet’s non-violent struggle for freedom. In this freedom struggle, the Tibetans are supported by the selfless efforts of thousands of non-Tibetans, Indians and others across continents, who form the worldwide Tibet support group movement. For these reasons the Tibet movement constitutes one of the most dynamic, sustained and non-violent struggles of our times.

But all these efforts by the Tibetans on both sides of the Himalayas pale in significance and import to their decision to reach out to the Chinese people. The success of this new effort will decide the political fate of Tibet.

However, the decision to reach out to the Chinese people on the issue of Tibet threw up several serious challenges. One is the sheer scale of China’s teeming masses. As one seasoned Western diplomat observed in disbelief at this Tibetan audacity to do what he perceived as the impossible, “There’s 1.3 billion Chinese! Best of luck!” The other is the nature of the Chinese state. Ever since its founding in 1949, the People’s Republic of China underwent tumultuous changes, from party-induced political upheaval to state-guided economic transformation. Overseeing all this is China’s communist party, determined at all cost to keep the country under its vigilant rule. In such a circumstance, even if the six million Tibetans were able to convince all the 1.3 billion Chinese about the true nature of their non-violent struggle and win their support, would the opinion of the 1.3 billion Chinese in a one-party state matter in shaping Beijing’s Tibet policy?

Then there is an even bigger challenge. These days, in the age of the Internet, the greatest obstacle to the Tibetan exiles’ effort to outreach to the Chinese people is the Great Firewall. Like the Great Wall of China, this wall erected by Beijing in cyberspace is meant to prevent barbarian thoughts from infecting the health and harmony of the Middle Kingdom. Like all rulers of one-party states, China’s communist leaders know that knowledge will set the Chinese people free.

These challenges either individually or collectively make the Tibetan effort to reach out to the Chinese a horrendous task. Accomplishing this task is made well- neigh impossible by the fact that the resources, both in manpower and otherwise, available to the exile Tibetan community are limited. Whereas the political, economic, commercial and media reach of China both domestically and internationally is enormous and growing at a ferocious pace.

Though these challenges are compelling enough, for some Chinese there is a bigger problem. They consider the Tibetan exiles’ incorporation of the pacifist doctrine of non-violence into their struggle against a highly militarized Chinese state as “mosquitoes stinging a bull’s horn.” Others, no less caustically, liken the Tibetan effort to “beating a dead yak to life.” Or, as Beijing is  condescendingly fond of pointing out, “a fly flapping its wings against the king of mountains.” The latest Chinese government description of the Tibetan exile community is “Dalai and his scattered monkeys.”

Whether as mosquitoes, or a dead yak or a lone fly or scattered monkeys, the Tibetan effort to reach out to the Chinese is producing results. These results are slow but they are inexorable. This is as much a credit to His Holiness the Dalai Lama’s unshakable conviction in the power of human persuasion as to the keen sense of justice of millions of Chinese, who themselves suffer the same boot-heel treatment from their rulers.

Chinese expression of sympathy and support for the Tibetan people came when it was most needed. The spring of 2008 saw Tibet swept away by a wave of prolonged protests that called for freedom in Tibet and the return of the Dalai Lama. China responded by massive force. On 15 May that year about 368 Chinese intellectuals signed an open letter to the Chinese government (google search by typing twelve suggestions for dealing with the Tibetan situation). This letter, signed by Liu Xiaobo, the 2010 Nobel laureate, among many other Chinese luminaries, urged the official Chinese media to stop “stirring up inter-ethnic animosity and aggravating an already tense situation. This is extremely detrimental to the long-term goal of safeguarding national unity. We call for such propaganda to be stopped.”

The letter added, “We support the Dalai Lama’s appeal for peace, and hope that the ethnic conflict can be dealt with according to the principles of goodwill, peace, and nonviolence. We condemn any violent act against innocent people, strongly urge the Chinese government to stop the violent suppression, and appeal to the Tibetan people likewise not to engage in violent activities.”

To explain both the violence meted out to the largely peaceful Tibetan protesters and to shirk responsibility for China’s appalling misrule in Tibet, Wen Jiabao, the premier, went on air with these words, “There is sufficient evidence to prove this incident was organized, premeditated, and meticulously orchestrated by the Dalai clique.”

The challenge to ascertain the accuracy of the Chinese premier’s accusation was taken up by Gongmeng, which translates into English as the Open Constitution Initiative, also known as the Gongmeng Law Research Centre, an organization based in Beijing. It consists of lawyers and academics who advocate the rule of law and greater constitutional protections in the People’s Republic of China. It was established in 2003 by Xu Zhiyong and other lawyers.

Gongmeng sent four researches throughout Tibet to find out the causes of the Tibetan people’s discontent. In May 2009 it issued its findings (the report can be google searched by typing gongmeng Tibet report). The report said that the causes of the Tibetan people’s unhappiness lay within Tibet and not outside. It said that the Chinese government’s hard line policy on Tibet threw up a new aristocracy of corrupt officials whose chief concern was the protection of their personal interests and not the formulation and the implementation of just governance. The report presented to the Chinese government a nine-point recommendation. The first of these recommendations urged the Chinese government to “Earnestly listen to the voices of ordinary Tibetans and on the basis of respecting and protecting each of the Tibetan people’s rights and interests, adjust policy and thinking in Tibetan areas to formulate development policies which are suited to the characteristics of Tibetan areas, and which accord with the wishes of the Tibetan people.”

On 17 July 2009, Beijing declared Gongmeng “illegal” and shut down the law firm. The same month one of its founding members, Xu Zhiyong, was arrested for “tax evasion” and released on bail a month later.

The Tibetan ability to tell their story effectively to the Chinese might determine the outcome of the story itself. Joseph S. Nye, the coiner of the “soft power” concept, explains this in his new book, The Future of Power, “On an increasing number of issues in the 21stcentury, war is not the ultimate arbiter… Outcomes are shaped not merely by whose army wins but also by whose story wins.”

In articulating this view, Joseph Nye echoes the military precepts of Sun Tzu, who lived around the same time as Confucius. In his classic text on military strategy, The Art of War, ancient China’s master military strategist reveals this piece of gem,

But defeating the enemy

The writer is the Executive Director of Tibet Policy Institute, a think tank that functions as a research-oriented intellectual platform for the Central Tibetan Administration.

(The views expressed here are that of the author and shall not be regarded as views and policies of Central Tibetan Administration.)

Thank you for these so clear informations, Eva. You are such an active a Peacemaker: 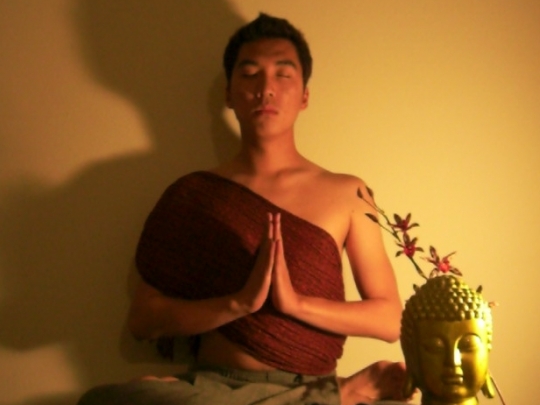