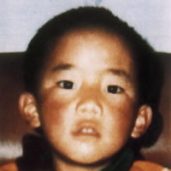 A group to pray and work for the release of the Panchen Lama and also towards discussing, sharing and learning the work & teaching of The previous Panchen Lamas.

On 14 May 1995, His Holiness the Dalai Lama announced that six-year old Gendun Choekyi Nyima was the reincarnation of the 10th Panchen Lama.

Shortly after this announcement Gendun Choekyi Nyima and his family are reported to have been taken from their home to Beijing and their whereabouts have been unknown ever since.

We are deeply sad and concern of Gendun Choekyi Nyima. We request each and every one who join here to make an interest and an initiative to track news, information, updates from various sources through World Wide Web and through your contacts. We feel that a mass people movement & initiative for a cause can make be a fruitful result as even IMPOSSIBLE too can be changed to I M POSSIBLE!

Please take initiatives to make awareness about GENDUN CHOEKYI NYIMA’S MISSING and who knows you will be the person to knock the right door to get the information for which everyone of us are waiting for!

What you can do to help?

1. Place this photograph on as many personal and public websites and social network websites as possible.

2. Show the photograph on as many satellite television programs if you have connections.

3. Most importantly, people who can read Chinese languages, who have more access to Chinese websites and those who visit Beijing and China can look around for such information.

4. Those who have friends, relatives, people from China, please talk with them specially the younger Chinese in the elementary and high schools since he was initially abducted at a very early age.

For those of you in the media and contacts with your local media, who have captured our issue and continue to run it, thank you. We appreciate your help, support, and concern. We won't lose hope, We hope you won't either.

Find attached posters and photos in our photo sections and information on our group. PLEASE circulate them, or forward this email to anyone and everyone you know. It may mean 100,000 people get an email they delete immediately. But, if it hits one person who knows something, however small, hopefully it'll be worth of the 3 minutes that this whole process takes each person.

April 22, 2011Dear Gendun Choekyi Nyima,I don't think you will receive this letter. I know that you're being watched, monitored and controlled 24 hours a day, 7 days a week. But deep down I have this stubborn hope that maybe you will hear us. Maybe…Continue

Who is The Panchen Lama ?

The world's youngest political prisoner, Gendhun Choekyi Nyima, The Panchen Lama, was born on April 25th, 1989. On May 17, 1995, The Panchen Rinpoche, His family, and Monks involved in His recognition were illegally aducted by Chinese officials.…Continue

Tags: petition, Panchen-Lama, the, is, Who

Poem for the Panchen Lama

Please recite this poem during public gatherings Written by Uncle Sam and edited by Jeff Cobb and Brent WernerPoem for the Panchen LamaToday we are gathered to fast and pray,And wonder: Where is the Panchen Lama today?Is this young boy where he…Continue

You need to be a member of The Panchen Lama to add comments! The 10th Panchen Lama of Tibet: "Tibetans are the legitimate masters of Tibet. The wishes and feelings of the people of Tibet must be respected.”

Dalai Lama will read this page and its comments - as sure as he is my brother and holy spirit.  And the world will sing of its sadness ...and joy. We are united in our Love ...as is he.

my big brother by two days, it is true we will never forget!

but it cannot be that Tibetans are the masters of Tibet ...how can it be that we are masters of any place ...yet be responsible for all!

in most humble LovingKindness, papa bear

Happy 29 Birthday for the 11th Panchen Lama on 25th April 2018 and he is still missing & we will never give up to stand up for you and all missing, tortured, suppressed Human Rights of our Tibetan sisters and brothers. 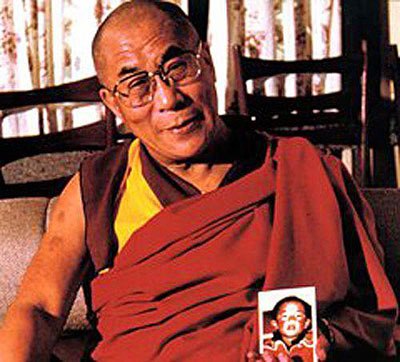 "Tibetans are the legitimate masters of Tibet. The wishes and feelings of the people of Tibet must be respected.”

~ The 10th Panchen Lama of Tibet

We will never forget you we never give up the worldwide call for the 11th Panchen Lama Gedhun Choekyi Nyima's release Save Tibet, Free Tibet.

According to reliable source, Panchen Lama Alive and Receiving Normal Education: His Holiness the Dalai Lama

Comment by Stephen Quinto on September 14, 2014 at 7:53pm
Perhaps there is a lesson ...in the life of his big brother, Dalai Lama! Let us still take responsibility for 'this world' even though it continues to betray its Creator. As if this was just one more wrong for which I must forgive it ???but, verily! I do so in myself ...the collective still yearns for this beautiful young man (now) to be returned to us, his family - the CommUnity of the New World. - so let us pray...!

still here ...waiting for news of our little brother!  Our LovingKindness will prevail... pray they will listen...!

Have you yet become my 'big, little brother....? or is it my little, big brother?

looking for you still.... waiting for as long as it takes....

We are here so that our support is manifest ....that you all may feel such added strength as we can be ....that none should suppose silence in any way in the face of unkindness is possible any more!