2010 eruptions of Eyjafjallajökull in Iceland

The 2010 eruptions of Eyjafjallajökull are a series of major volcanic events at Eyjafjallajökull in Iceland. They caused significant disruption to air travel across western and northern Europe in 2010.

Seismic activity started at the end of 2009, and led to a volcanic eruption on 20 March 2010 whose Volcanic Explosivity Index (VEI) was 1.[1] The plume of ash from a later ongoing eruption beginning on 14 April 2010 led to widespread disruption of air travel in Europe from 15 April, grounding planes and affecting the travel plans of millions of passengers worldwide. The aftermath of the 2010 Eyjafjallajökull eruptions adversely affected travel around the world, with air space across more than 20 European countries remaining largely closed until April 20. 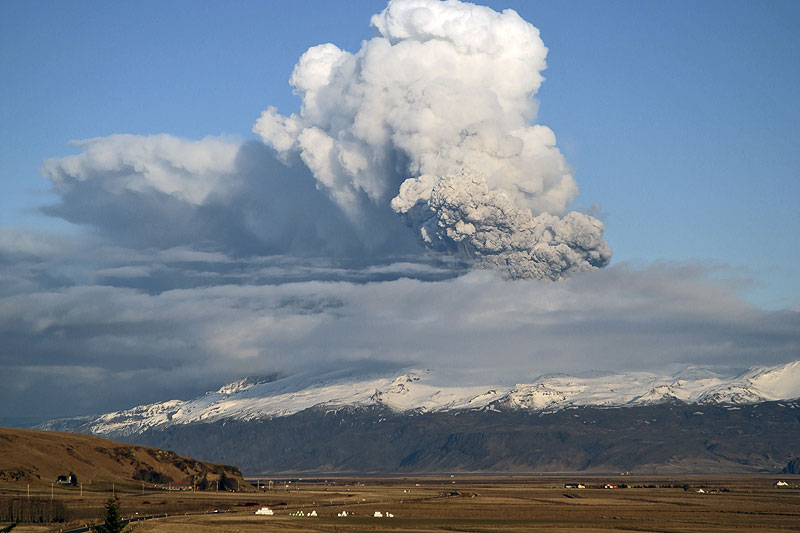 As ash from Iceland's Eyjafjallajokull volcano continued to keep European airspace shut down over the weekend, affecting millions of travelers around the world, some government agencies and airlines clashed over the flight bans. Some restricted airspace is now beginning to open up and some limited flights are being allowed now as airlines are pushing for the ability to judge safety conditions for themselves. The volcano continues to rumble and hurl ash skyward, if at a slightly diminished rate now, as the dispersing ash plume has dropped closer to the ground, and the World Health Organization has issued a health warning to Europeans with respiratory conditions. Collected here are some images from Iceland over the past few days. 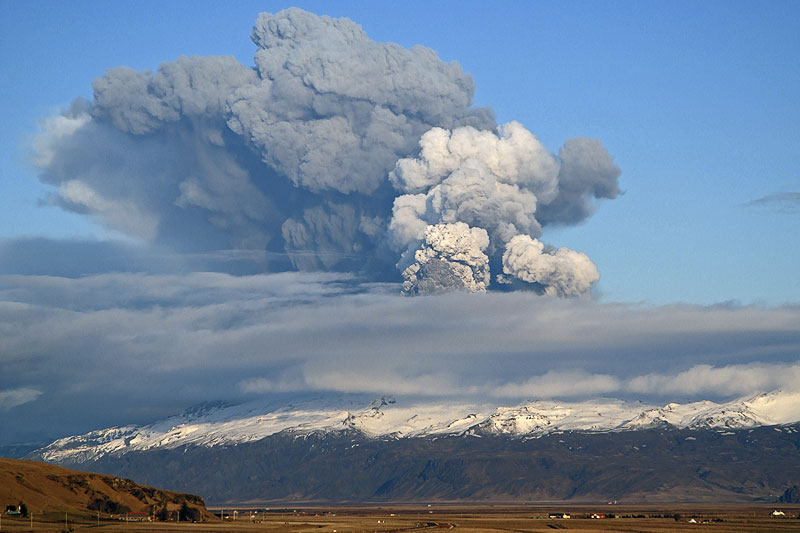 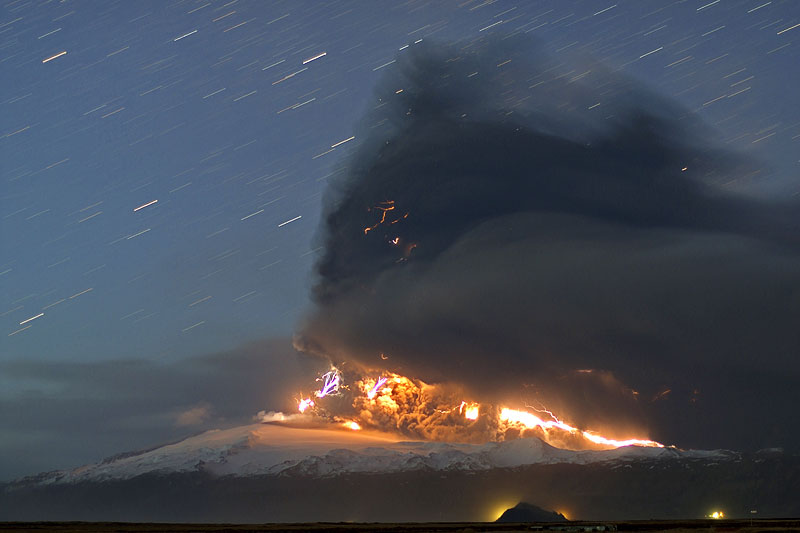 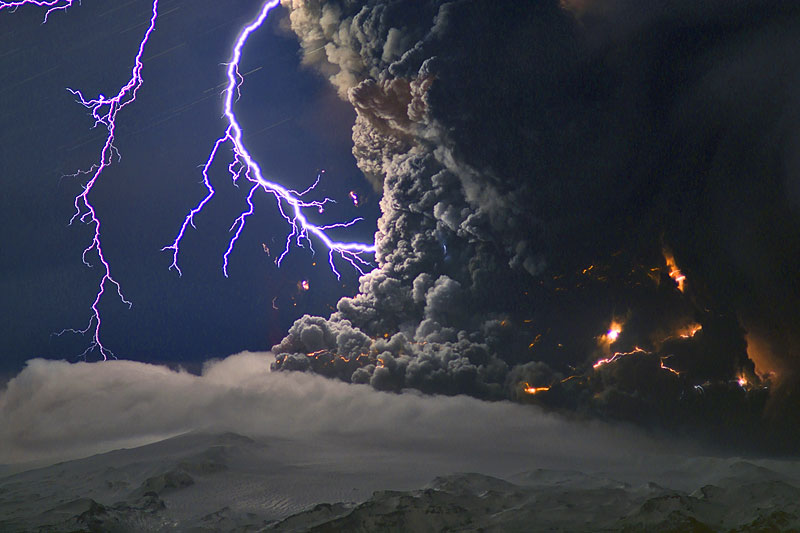 Zoom on lightning caused by electrical discharge within the ash column. 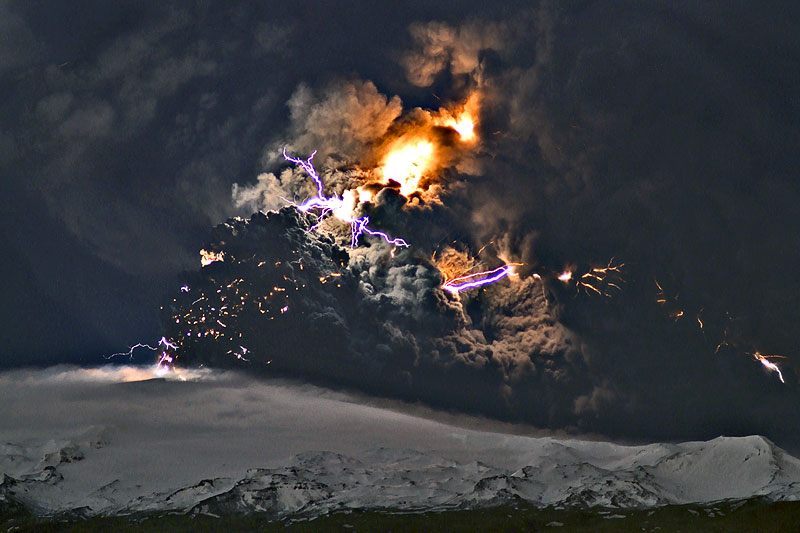 The ash column assumes the shape of a plinian eruption. Clear starry night above the eruption of Eyafallajökull. 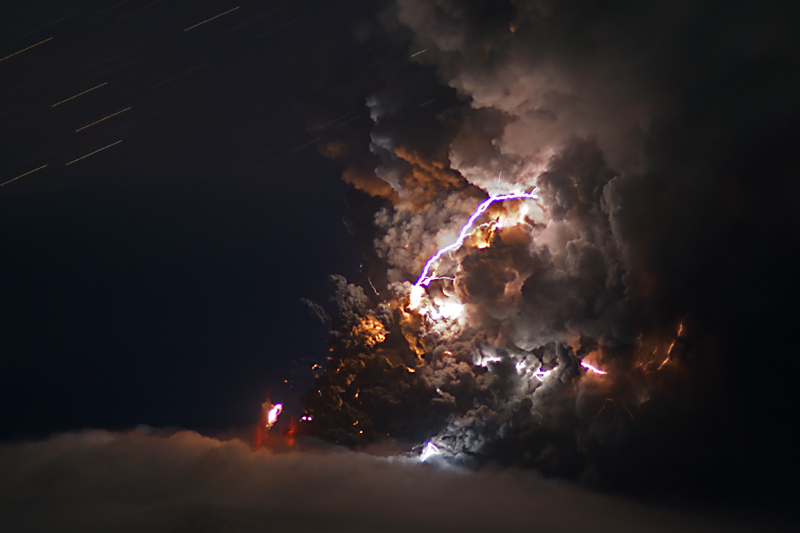 Incadescence near the eruptive centre at lower left. 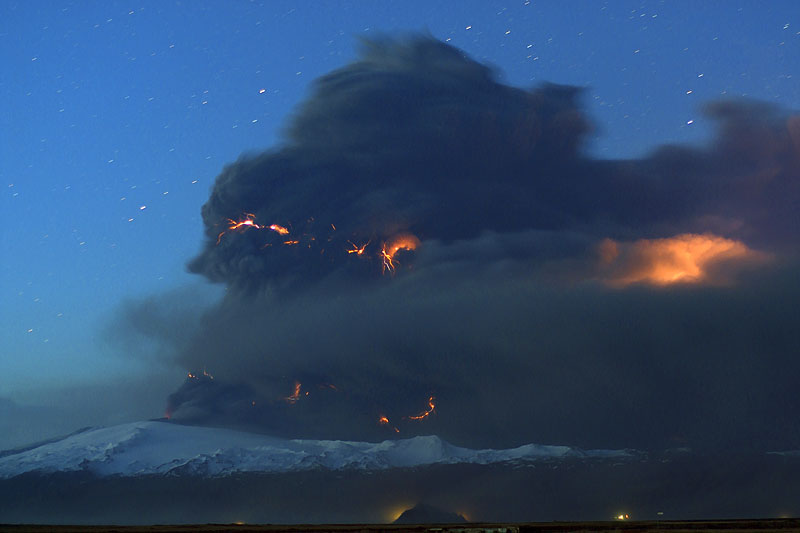 Overview of Eyjafjallajökull stratovolcano complex and eruption column at dusk. 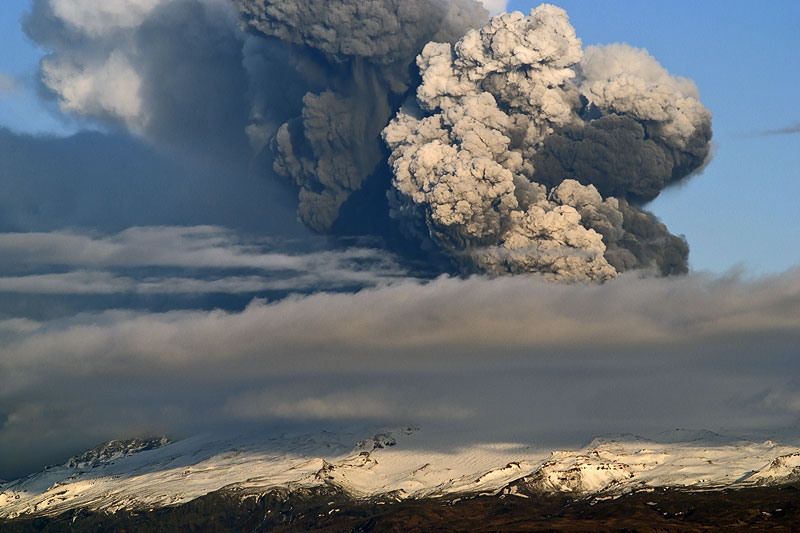 Massive ash emission from the Eyjafjallajökull eruption late in the evening. 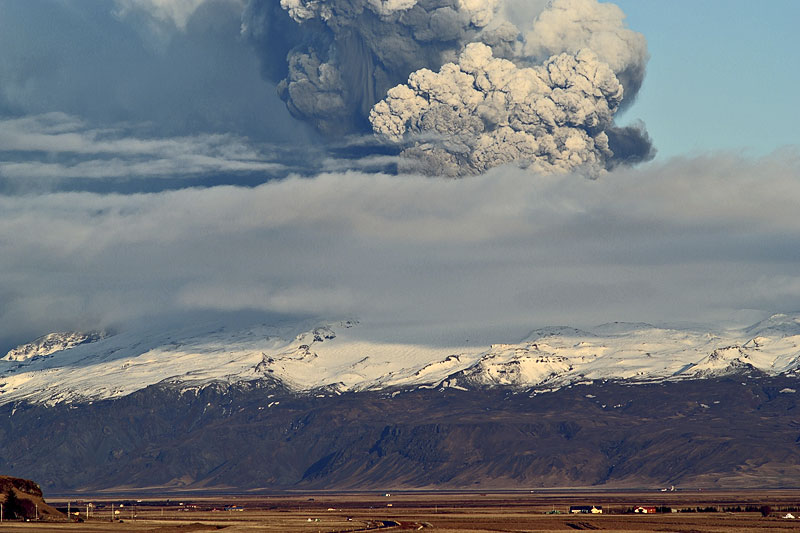 The eruption column rises above a stratocumulus cloud deck; farms in the foreground. 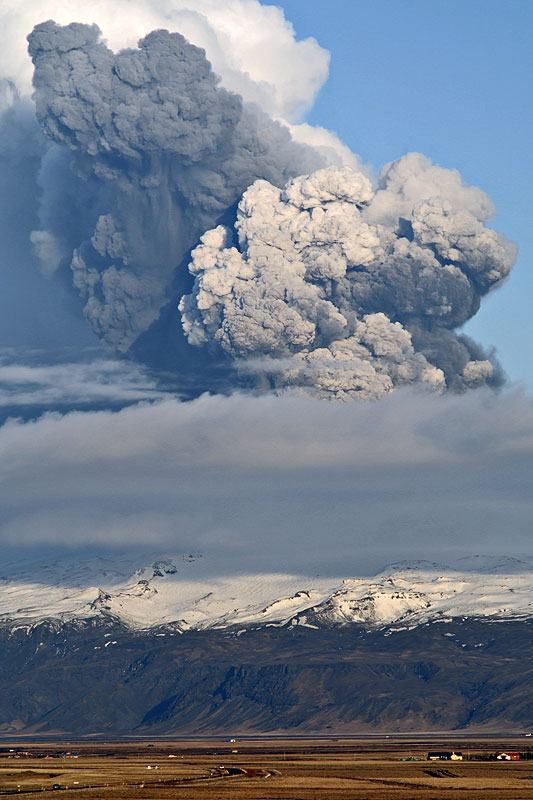 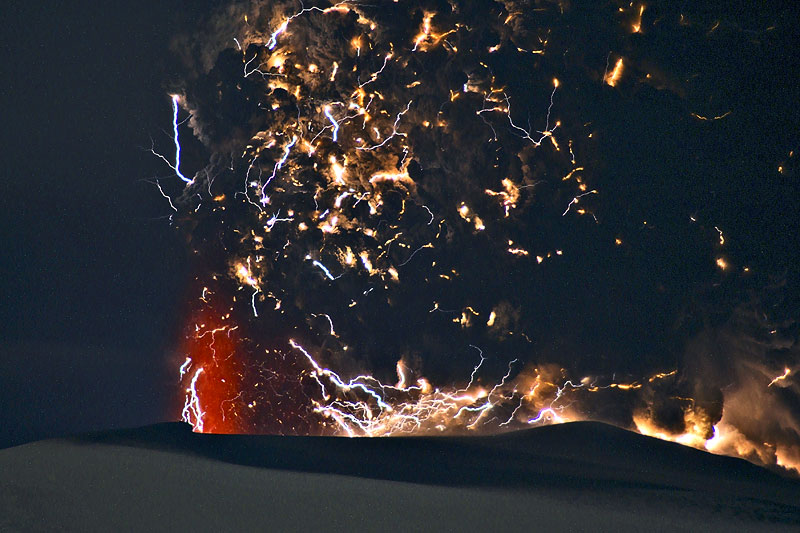 Intensive lightning over the southern half of the fissure (18. April 2010). The eruption has penetrated the icecap; note ash covering the glacier. 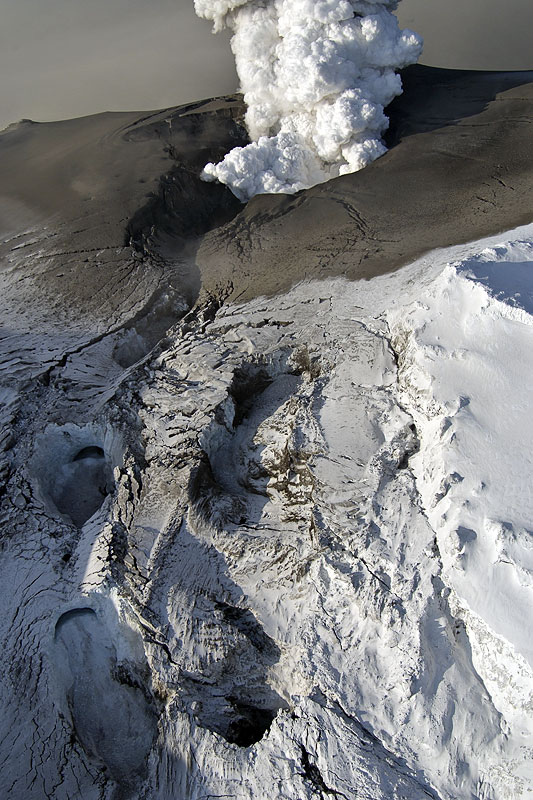 Collapse structures in the ice cap as a result of subglacial outflow of meltwater. 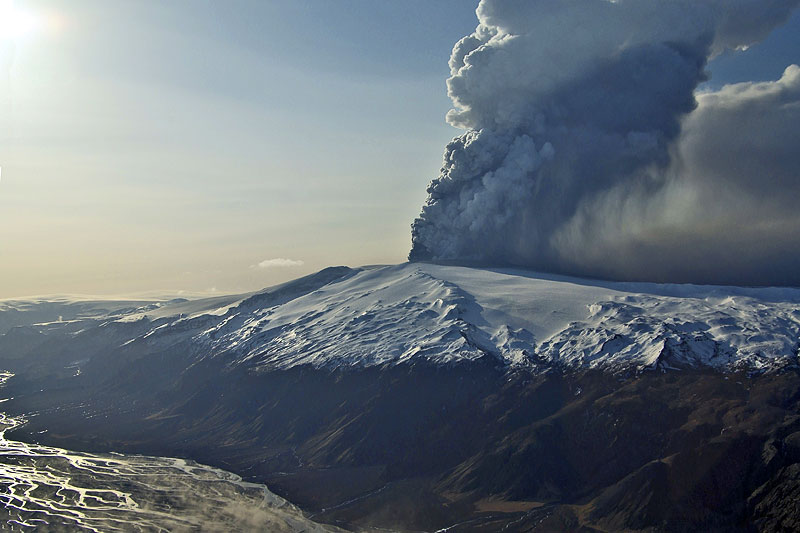 Departing and looking back towards the massive eruption of Eyjafjallajökull. 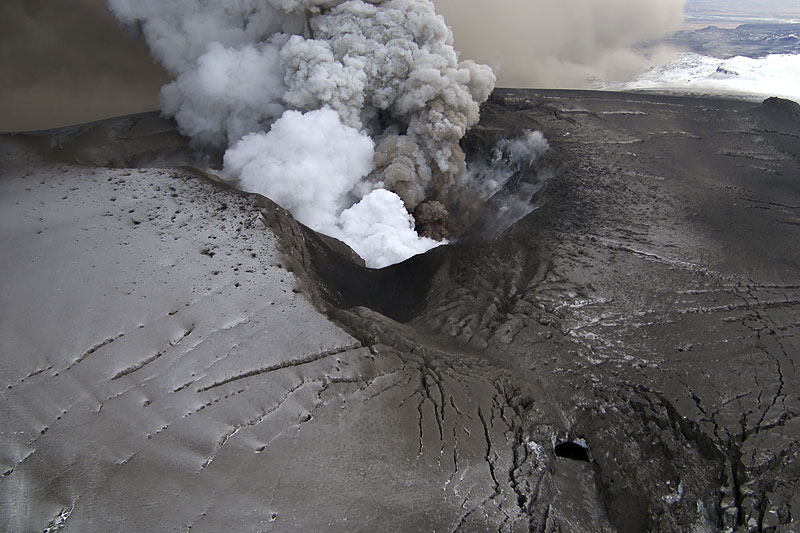 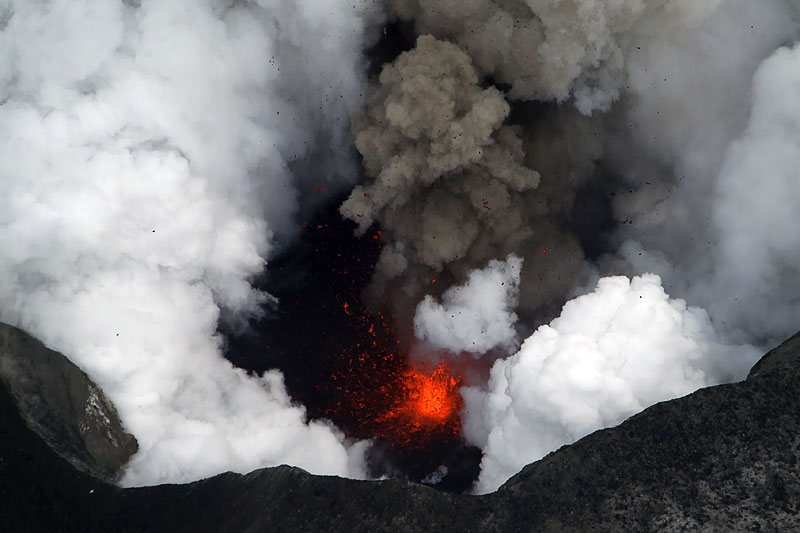 Powerful Strombolian eruptions from a vent in the crater floor. 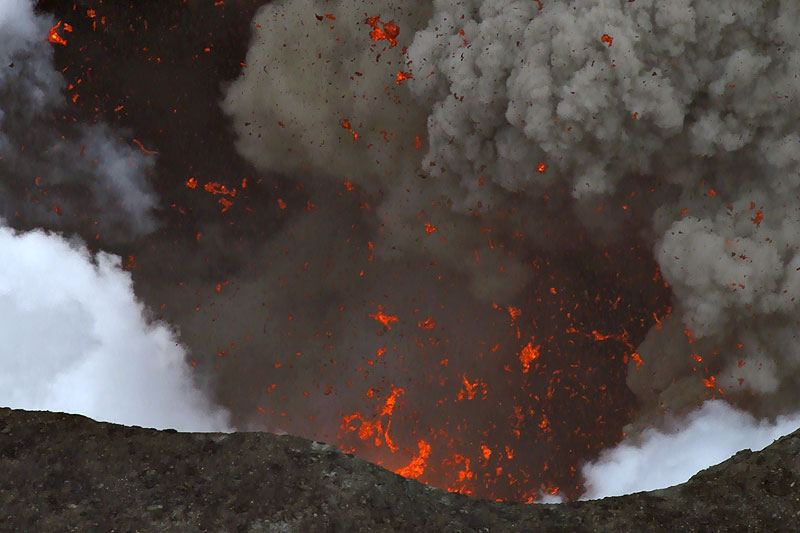 Massive lava clots are expelled by the explosions. 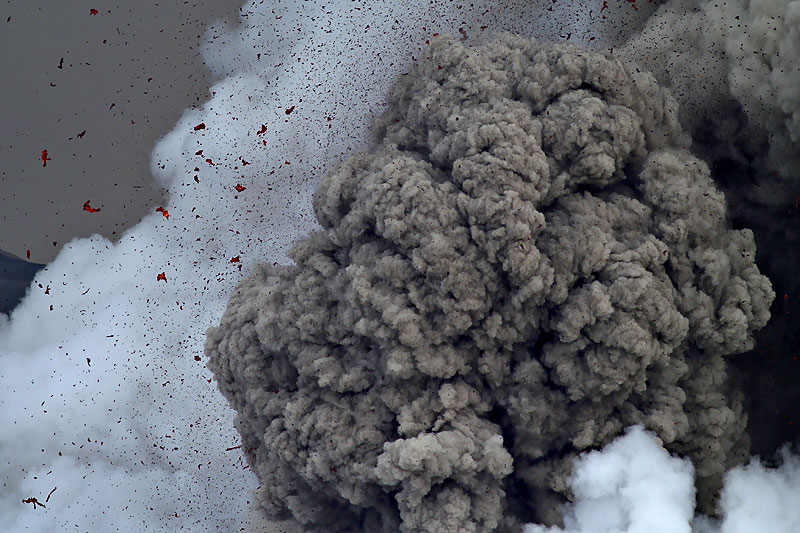 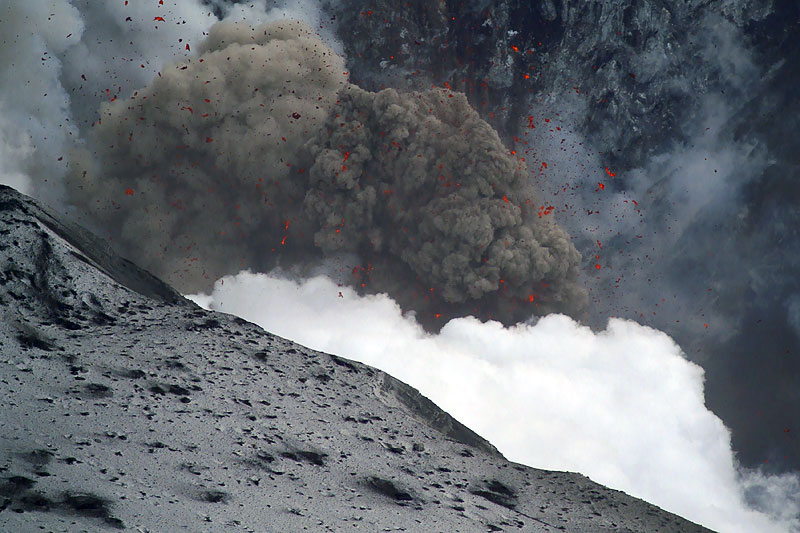 Looking into the meltwater channel through which the lahar flowed. 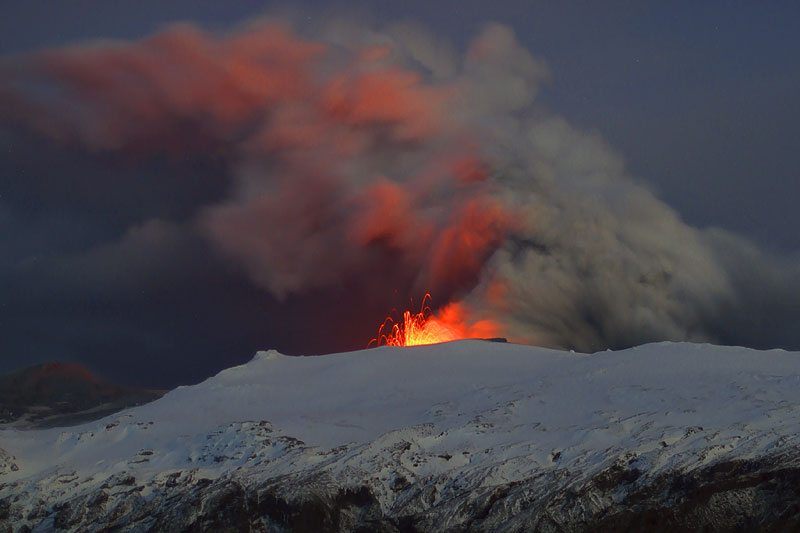 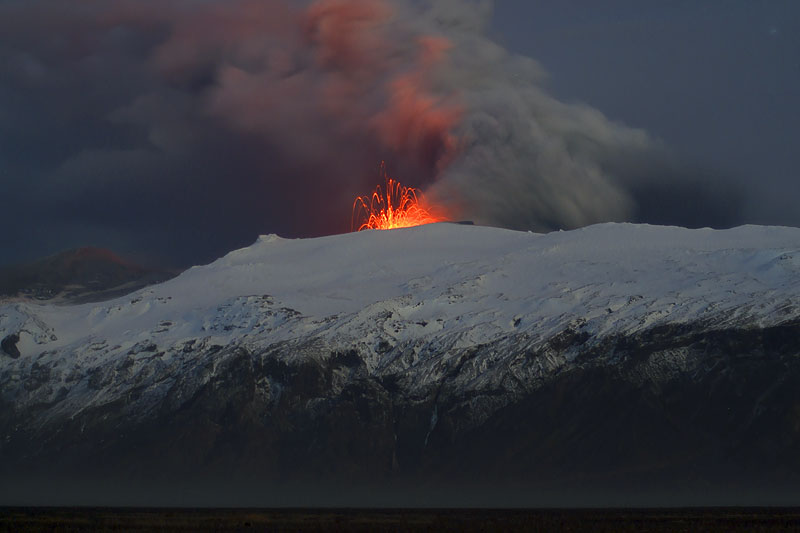 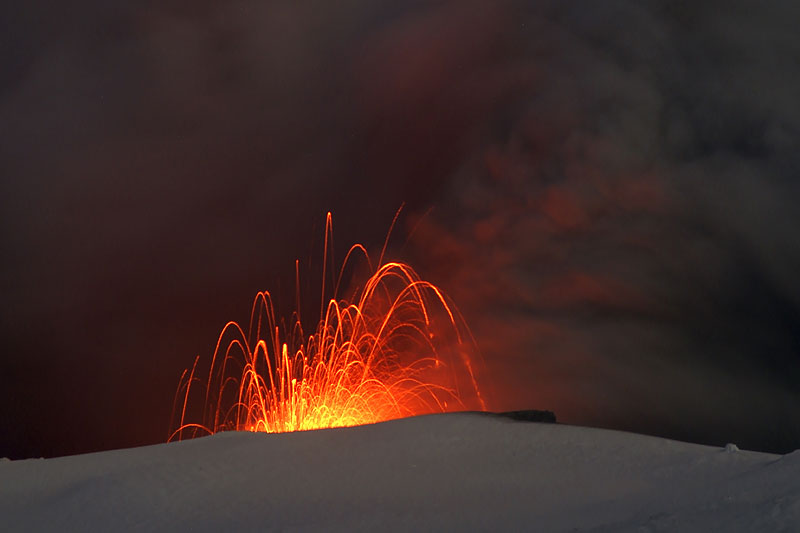 Tele-photo view of the Strombolian eruptions at the summit of Eyjafjallajökull.

Comment by Diana Jane Battye on April 28, 2010 at 4:36pm
Thankyou very much for these pictures

Comment by gilbert defruyt on April 22, 2010 at 8:05pm
Halo Eva BEAUTIFUL
About earthqaukes I have found a big qeustion;see the seismografics records of the start (P grafic) of an earthqauke
A normal grafic start by a sinus funtion that rise fast (3-6 sec)to the max
The earthqauke in Haiti give a grafic extremli rare
3 to 5 sec before the normal grafic you can see a pic wave(not a sinus)
Thats an explosion that have start these terible disaster!
It was not H__A__A_R_P(delete -)that have create these choc impulse(look Google)
Probebly an other secret weapon???Give me a good answer please
In Ohio there is a center of resears of earthqaukes

Comment by maurice dolezal on April 22, 2010 at 10:56am
fantastic pictures thanx for sharing Eva