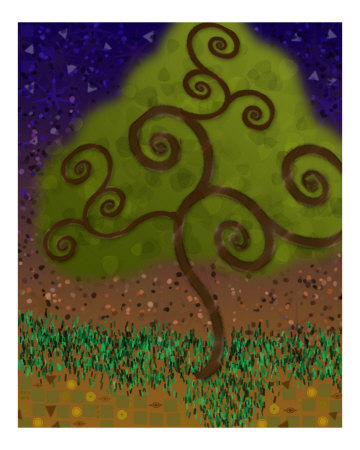 Bad men made trouble. They brought a bomb to where a bomb never should be: they exploded the bomb. People died; many people. Whether or not they were innocent people may be a matter of viewpoint, perspective, valuation. Apparently those randomly killed were committing no crimes at the time when the bomb exploded—in the moment of their murders. (All those sudden ghosts, no doubt, in a storm of fatal fire were asking, “Why?”!) It is unreasonable that they deserved to die, and die without warning and cruelly.

Along with the killing therefore, there followed outrage. The other side vowed revenge, swore they would get even, more than even. They would punish everybody, either majorly or marginally involved in the heinous plot, in the perfidious act of terror.

One people went to war while others melted into the crowds of far away places becoming invisible—invisible, conspiratorial little men casting large and fearsome shadows.

One party schemed together, the other party invaded. All the while, the body count mounted higher and higher, day after day, month by month, year upon year. Blasted body parts and body bags—death composed its own calendar.

Some place, positioned between these opposing forces of madness, retaliation and mass destruction, ordinary folk bent in a field—simple folk, people with little or no sense of history or geography, earth working folk, familiar with their land and the rotations of seasons. Perhaps the place of their field was in a fertile crescent, was in a valley near a river, or half way along the rocky slope of a mountain where their ancestors had also lived, worked and been buried for centuries of generations?

These simple people, who were simply in the way, did not know to think themselves as non-combatants, collateral damage, as targets or as human shields. But as men of evil ruthlessly killed and others infected with the disease and logic of spreading indiscriminate death exploded or dropped their bombs, mothers in remote villages wailed inconsolably over the broken bodies of their dead children; elders lay crushed in bloody puddles, bowed in breathless silence under the rubble of their one time homes, in midst of flames and smoky plumes accompanying the attacks and counter-attacks of combat.

Here now is the chief irony of it all: Those folk in their field, the ones who lost the most, who died most often without lifting a weapon, they did not know the killers of either camp—not their faces and not their names; nor did they care about the ideological differences and the causes of the conflict. They certainly did not believe in the necessity of the horror that brought destruction and suffering to their families and their place. They knew only the ways of the land, they cared for their crops and for one another, and they believed, honestly, in the necessity of seeds and sun and water, of planting season and harvest. Those were the small boundaries of their ordinary lives.

Throughout human history, up to the present, into tomorrow, ignorance, fear, hated and the arrogance of prejudicial presumptions are and have been the most frequently utilized and lethal weapons of mass destruction. (In committing political murder souls must be denied before bodies are destroyed.) Without such, the profiteers of war, the fanatics and the propagandists would be exposed—and the enemies in war become neighbors. Whether in Palestine and Israel, Lebanon, Pennsylvania, Afghanistan, Somalia, Kosovo or Vietnam: dreamers without night terrors. Citizens…of a peaceful planet.

Comment by David Gould on October 5, 2011 at 12:56pm
The only weapon that can save the world is nonviolence. ~Mohandas Gandhi

Thank you for inviting us to awake our minds and to act concretly to unfold peace and equality on Earth. 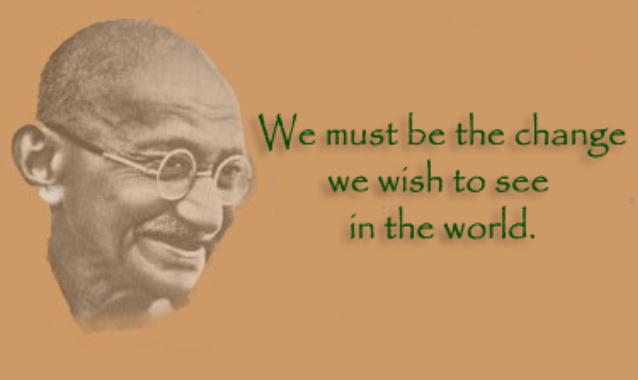 all suffering comes from wishing oneself to be happy

all happiness comes from wishing others to be happy

thank you David for sharing these words, especially the last part.

and for its inhabitants as we would care for ourselves,

realizing the interdependent nature of all phenomena up until our enlightenment.

Without understanding, life can seem cruel and heartless.  There is always a higher purpose being worked out in these conflicts. Remember, Barbarosa united Germany by militant action. I am not advocating militarism, in fact I am totally opposed to it, but we all seek the ideal world that sometimes people have to fight and die for.

Also, there is no death, only change, once we grasp this fact, we can live each day as if it were our last.

Nature is the hardest teacher, anybody that has gone through hardship knows this.