Gandhi Jayanti is a National Holiday celebrated in India to mark the occasion of the birthday of Mohandas Gandhi, the Father of the Nation." It is one of the three official declared National Holidays of India and is observed in all Indian states and union territories. The United Nations General Assembly announced on 15 June 2007 that it adopted a resolution which declared that the 2nd of October will be celebrated as the International Day of Non-Violence. 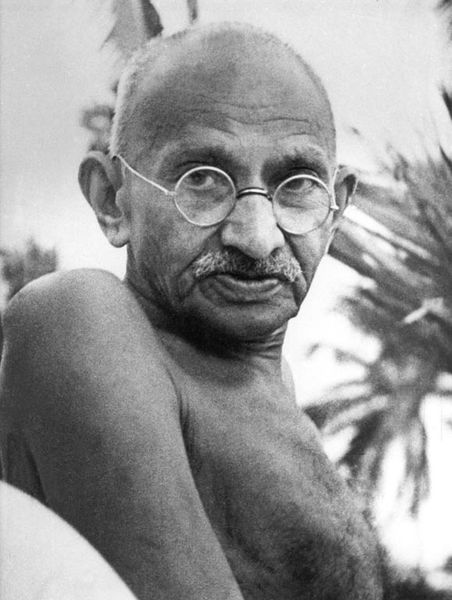 Mohandas Karamchand Gandhi, who was born on October 2, 1869, was one of the great spiritual and peace leaders of the 20th century. He was a staunch advocate of non-violent social change, first in South Africa and later as the leader of the movement for Indian independence from British colonial rule.

Throughout his life, Gandhi stood for the dignity of all people, even those who fought against him. He was a champion of the rights of the “untouchables” in India and a persistent opponent of the Indian caste system. Gandhi also worked to peacefully resolve the conflicts between Hindus and Muslims and prevent the break up of India into Hindu and Muslim countries.

When asked his opinion in 1949 of the 1945 US atomic bombings of Hiroshima and Nagasaki, Gandhi replied, “What has happened to the soul of the destroying nation is yet too early to see. Forces of nature act in a mysterious manner.”

Gandhi was a great peace hero. On this anniversary of his birth, it is worthwhile to reflect upon how Gandhi's philosophy and life of non-violence has changed the world and given us a model to aspire to as individuals and as a human community. Here are a few of Gandhi's statements for reflection:

“Consciously or unconsciously, every one of us does render some service or other. If we cultivate the habit of doing this service deliberately, our desire for service will steadily grow stronger, and will make not only for our own happiness, but that of the world at large…all of us are bound to place our resources at the disposal of humanity.”

*David Krieger is the president of the Nuclear Age Peace Foundation (www.wagingpeace.org).

A Tribute to Mahatma Gandhi 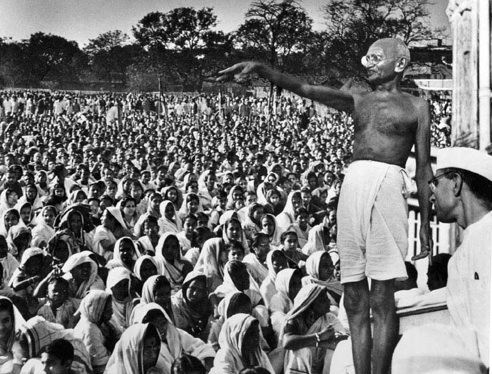 In remembrance of Gandhi and many others who have shared in his teachings of non-violence and activism let us practice on this day, and let us strive to practice every day the observances of yoga: Nonviolence and compassion, commitment to truthfulness, non-stealing, control of the senses that we may not be driven by fleeting and sensory desires, non-hoarding of wealth.

Gratitude for the gift that Gandhi gave of his life and teachings! Namasté

“An ounce of practice is worth more than tons of preaching.”

“All the religions of the world, while they may differ in other respects, unitedly proclaim that nothing lives in this world but Truth.”

“Always aim at complete harmony of thought and word and deed. Always aim at purifying your thoughts and everything will be well.”

“Anger is the enemy of non-violence and pride is a monster that swallows it up.”

“Commonsense is the realised sense of proportion.”

“I do feel that spiritual progress does demand at some stage that we should cease to kill our fellow creatures for the satisfaction of our bodily wants.”

“Confession of errors is like a broom which sweeps away the dirt and leaves the surface brighter and clearer. I feel stronger for confession.”

“Culture of the mind must be subservient to the heart.”

“Be the change that you want to see in the world.” Happy birthday to a great and wonderful human being. Gandhi showed humanity a way out of the hell we were and are in at present in by using love, non-violence, and forgiveness.

Permalink Reply by Béatrice LATEUR LACROIX on October 2, 2011 at 6:04pm

Happy birthday to you, dear master Ghandi and to your family and followers.

Thanks for your guidance !

Thanks for this page Eva and David. 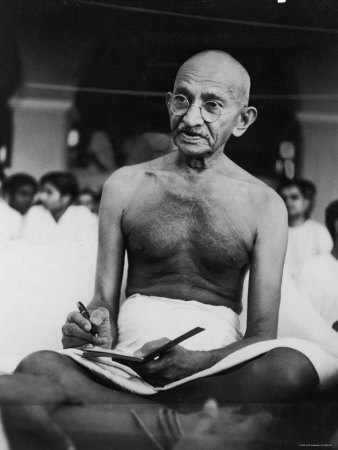 2nd October marks the birthday of Mahatma Gandhi, the Father of the Nation. It is the day when Mohandas Karamchand Gandhi or in simpler words Bapu was born in 1869. Bapu has been one of the most memorable patriotic man who has given his best to bring independence to the country.
Happy Birthday Mahatma Gandhi
---------------
Outubro 2-2012 - Feliz aniversário  Mahatma Gandhi 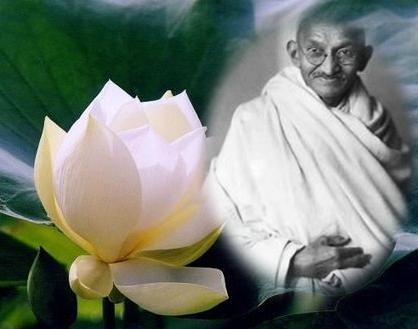 On the 143rd birth anniversary of my grandfather I am reminded of a poignant statement he made to a journalist who asked:

What do you think will happen with your philosophy ...

Permalink Reply by Béatrice LATEUR LACROIX on October 3, 2012 at 4:35pm

May Bapu inspires everyone on Earth.

PEACE, PEACE and Love for all Beings.

Permalink Reply by Béatrice LATEUR LACROIX on October 3, 2012 at 4:38pm

May all Beings be inspired by Bapu.

I offer you peace.

I offer you love.

I see your beauty.

I ear your need.

I feel your feelings.

My wisdom flows from the Hisgest Source.

I saluate that source in you.

Let us worktogether for unity and love."

Great group. Wonderful teachings of Gandhi.
A tribute to your birthday is well deserved.