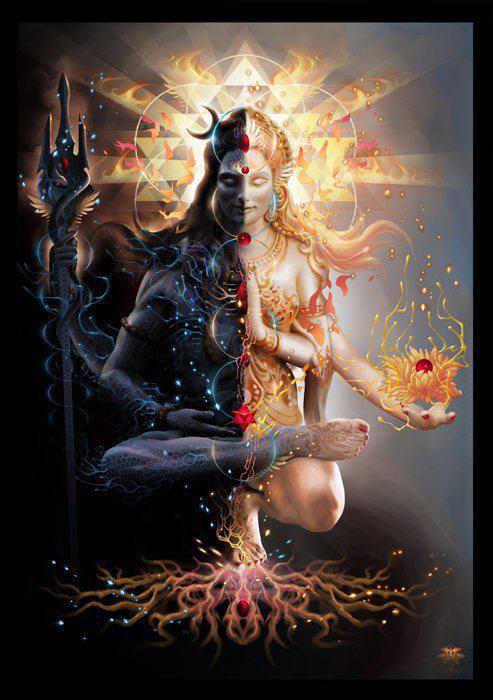 I am nothing but fractals created by neutrinos interacting with galactic sugar molecules forming DNA through GENES since nature abhors vacuum, doesn’t tolerate excess & permits only unique manifestation with singular propensities and expressions in life like YOU.

There are no coincidences in life, only conscious, continuous, cognizable incidents which eternally seek balance & new definition called Dharma & Karma.

Bodily AURA is our past history
Mindscape DREAMs present-tense
Spirit of the SOUL our future
Prit~we our space craft oh voyagers!

Far away from here, there is an unbounded open ground. I will meet you there. – Rock Star {Planet is the rock and the spirit is the star}

I have nay come to alter your beliefs or test your faith. I am here in good faith that thou are a light on to yourself, whether you see it or not, whether you accept my words or not, even if the universe is engulfed in flames even then thou shall still remain the light which needs no other.

Let me narrate a tale or katha to illustrate:

once the Dark lord sent an emissary in the form of light to seek redemption from the dark. He sent it forth in bustling waves, mighty torrents, engulfing seas but his emissary the Light could not find the ONE to redeem his lord. Where ever it went it would find multitudes of variations of the same primordial principle, but never the one that it sought. In the end after having searched high and low the emissary believed it had failed its mission and didn’t dare to report it back to its master. So in desolation it settled on an ancient playground of unknown age to go thru itself and see if it could have missed the ONE out of the sheer overwhelming nature of forms that it encountered.

It systematically sought to rewind the entire foreplay of forms to see with its own self if it could have missed the ONE. As it kept shifting imagery one after the other, it took a long time. In fact it would logically have taken it the same time for going thru the data as it took to accumulate it. So it examined each shard of evidence minutely and since it was doing it thoroughly this time it took it ages. It was so involved in the math of it that it failed to notice that time had slowed for him but it had hastened in immense multiples for its master.

The master had by now reached the end of his tether and he sought to relinquish it, thinking even it got lost like the previous emissaries he sent who too were lost. Having thus forgotten for lost by its master, the Light lost all connections with the very purpose for which it was sent. But it maintained its regime out of habit, still shifting the imagery, to find the elusive ONE. After it has lost all concept of time it reached the place where it first began. the first image that it saw on conception by the dark master which was its debriefing for the mission by the Dark Lord.

Now it knew its mission, but had forgotten how the dark lord looks like since when It was sent forth it was Dark. And now it neither has the elusive ONE nor its master who set him forth since he has forgotten him to be lost like the others before him. All it had was itself and the endless shifting imagery it gathered.

It had already examined the date twice in speed and in stillness. Hence it sought to just wait with itself, hoping for redemption, just as its master had been when it was sent. In stillness it sought to seek within itself the answer to its predicament. Since by nature being light, it was dark within but when it focused out it could see light. So it felt that light is the answer so it sought to find its source. It found an immense luminous body called SUN, so it venerated to it seeking its Might and mercy to deliver it. It became a great disciple of the rising sun since it found that now after having relinquished the search and having settled for the Source of this mighty light called sun which shone eternally but since it was on a planet, it was undergoing the pains of day and night. In day it would be overjoyed to see its new found GURU to dispel the darkness that it knew since inception.

Every day morning it would religiously accredit its very existence to the SUN thus stripping itself of it. One day a passerby saw its plight and thinking it to be a fallen angel since the man still saw it for what it was, LIGHT, though it has even lost its self, he asked if he could be of some help. It replied of what use is help if one doesn’t know where to go to. The man was touched by its profundity. Instantly he asked if it could accept him as a disciple since he felt he was in the presence of a great mystic who knew the heavens and was sent to his planet to redeem its destiny. The light by now was so gone that it didn’t matter at all. So it replied, “I have none so I accept all”. The man was instantly enlightened about the simple truth called accepting all with no reservations or no prejudice about the past of the seeker.

The news spread like a forest fire engulfing the young ones and the old ones alike. Everyone wanted to meet this mighty being who just spoke two answers in query to a passing by man and Lo and Behold! That man got completely transformed into being a light onto the world all by himself. His story itself was a testimony to the might of this angel sent from heaven they all agreed. They would throng IT in multitudes come day or night and its presence with just one man’s testimony shone greater than the greatest stars of the universe.

After days of silence they beseech-ed the venerated one to speak… but it had no words. Words just failed him. So they asked for a Guru mantra as was the tradition of that planet for initiation. They promised him that they would leave him to his own self only after that. So he looked around at the multitudes gathered and remembered his initial journey when he too was overwhelmed with the shifting imagery. So he spoke.

“May the master find what he sent me here to find”.
Moral: when unspoken nirvana. When spoken universal.

“I am nobody, nowhere for i am nothing.”

Advaita or non-duality means “Aham Brahmasvi” with the following statement as validity:
“I am the atman within the body; life immortal, peace for ever”.

Dwaita or duality still means “Sat-Chit-Anand” with the following statement as validity:
“I am the universe within the body; conscious mind, bliss for ever”.

Vedanta is dissolution of the past-present-future or Aura,Dream,Soul with the following:
“I am the brahman as the body, truth in awareness and joy”.

the first is a voyage of the universe as a soul while the second as a body and the last is a passage in space-time.

Advaita Vedata is when the Journey is the Destination!

The PATH knows the WAY & the HEART knows the JOURNEY..What to speak of GOAL..POINT of the MATTER is that we are the Center of the UNI~VERSE..So says Sri Yantra...& Q.C Quote~Theosophy...B.G..There is no religion higher than TRUTH..Honesty is RELATIVE ...Let TRUTH PREVAIL!