Prem Rawat, known also by the honorary title Maharaji, has traveled the world for four decades, inspiring people to find peace within.

Prem Rawat, known also by the honorary title Maharaji, has traveled the world for four decades, inspiring people to find peace within.
His message is simple and profound. It is independent of and compatible with any philosophy, religion, or spiritual path. At the UN Conference Centre in Bangkok, he said, “Peace needs to be in everyone’s life. The peace we are looking for is within. It is in the heart, waiting to be felt. It is not the world that needs peace; it is people. When people in the world are at peace within, the world will be at peace.”

Born in India (10th Dec 1957), he started addressing audiences at the age of three. At eight, he took up the responsibility and began presenting his message of peace throughout India. At thirteen, he was invited to speak in London and Los Angeles. Ever since, he has reached to those who want to listen, no matter where in the world they may live.

Without advertising or charging fees to attend his events, he has genuinely touched the lives of hundreds of thousands of peoples worldwide. People around the globe anticipate the chance to hear him speak.

More than ten million people in 50 countries around the world hear his message in person. The dissemination of his message of peace is made available in more than 90 countries and 70 languages.

Prem Rawat has received widespread recognition for more than three decades. Proclamations and resolutions that honor his work, keys to cities, letters of appreciation, and invitations from government officials are among the many ways he has been welcomed.

The Prem Rawat Foundation which he founded, provides nutritious food and clean water to people most in need and holds free medical clinics.

TPRF’s humanitarian activities are entirely supported by voluntary contributions and the sale of related materials. As a private investor, he supports himself and his family through independent means. To date, he has never charged for any of his events.

this is a cracker

you have to know

The Season of Peace ~ Prem Rawat

shop of the divine

Music from the Heart ~ Prem Rawat

You need to be a member of "PEACE IS POSSIBLE"" PREM RAWAT (MAHARAJI) to add comments!

I love learning , and the wisdom of life.

thanks for sharing everyone

'Will this world change? .. Who cares.

Will you change? .. You should care.'

Venetia Stanley-Smith in conversation with her lifelong friend and teacher Prem Rawat.

* The abundance of life *

-When the flowers of life bloom in the heart- <3 “In order to appreciate the inner garden, knowing the self is the first step.” - Prem Rawat Venetia: Prem, you often liken the heart to a garden. I’d like to hear more about the similarities between a garden and the human heart. Prem: A garden is a very interesting place. Like your garden here, it wasn’t pre-determined what would grow here. If you don’t do anything, weeds will grow; if you look after it, beautiful flowers will grow. Thorns could grow or herbs could grow. The garden holds the potential for both. Venetia: This example of the garden can also be applied to the heart or what you might call the inner garden? Prem: Absolutely. The starting point is to understand how your own inner garden looks right now. In other words, to know the self. From that foundation of knowing the self, next you need to realize that just like the external garden, what will flourish in the garden of the heart is not pre-determined. It is an open book. Understand that you have been given a gift of time to be alive, that you have a heart and it needs to be cared for. Then you can start to make your inner garden beautiful. With self-awareness, understanding the potential that the garden of the heart holds, you will be able to sow the seeds that will benefit you the most. Then you will have a garden you can enjoy for the rest of your life. TimelessToday

can listen to a beautiful event with Prem Rawat here too --

please... check out www.premrawat.com .the peace we are keen to know about is available to all human beings. you have to be wanting to know and if not now then it could be never.. now is the only time we can know peace. 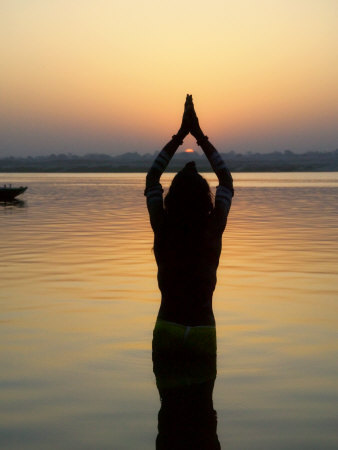